Khloe Kardashian gets roses from Kravis, focuses on ‘her own happiness,’ not dating

Khloe Kardashian reportedly “wants to focus on her own happiness” as she moves on from her ex, Tristan Thompson’s paternity scandal — and her family’s already giving her reason to smile. On Jan. 5, Khloe shared a photo of a bouquet of pale pink roses on her Instagram Stories, which she captioned, “My cuties @travisbarker @kourtneykardash I love you,” adding a heart emoji. Khloe’s sister, Kourtney Kardashian, and Kourt’s fiance, Travis Barker appear to have sent the flower love after Tristan publicly apologized to Khloe for fathering a child with Maralee Nichols while he and Khloe were still together last spring. Tristan’s currently involved in a legal battle with Maralee, who has since welcomed the baby boy (and proven he’s Tristan’s). Khloe, meanwhile, is looking to the future, not the past, according to People. “She wants the new year to be different,” a source told the outlet this week. “She wants to focus on her own happiness.” For Khloe, that apparently doesn’t mean looking to meet someone new. “She can’t imagine dating right now,” the insider says. Khloe shares 3-year-old daughter True with Tristan. She and the NBA star split last year.

RELATED: The biggest celebrity breakups of 2021

Andy Cohen isn’t apologizing for getting drunk alongside Anderson Cooper during their New Year’s Eve broadcast for CNN — not when his instructions for the assignment are to “have fun.” The Bravo star called in to Howard Stern’s SiriusXM Radio show on Jan. 4. During a long chat with Howard, Andy dismissed rumors he’d angered the crew or execs with his rant, during which he dissed Bill de Blasio, Mark Zuckerberg and ABC’s “New Year’s Rockin’ Eve” and demanded to know how the new iteration of the band Journey dares call itself Journey without original frontman Steve Perry. “I will not be shamed for having fun on New Year’s Eve. That’s why I’m there. It’s a four-and-a-half-hour show. The booze started kicking in around 11:30 …,” Andy said. “I had a blast. Anderson had a blast. We left, we were in the car [heading] home, and were like, ‘That was New Year’s Eve.'” He added that CNN president Jeff Zucker specifically tells him “every year” to “have fun” with the broadcast. As for dissing Ryan Seacrest’s New Year’s program, Andy admitted, “That is my only regret from the night … because I really like Ryan Seacrest and he’s a really nice guy. I was—as they say—in my cups, and I was kind of enjoying the rant. I was like, ‘Wow, it’s really fun being on CNN just ranting like a nutty guy.'” Andy said he texted Ryan about his regretful remarks the next day.

That time Jessica Chastain’s grandma sat on Bradley Cooper’s lap: ‘He had never met her’

In her new action flick, “The 355,” Jessica Chastain did her own stunt when the script called for her character to leap from a 22-foot ledge. “That really hurt,” she said on the Jan. 5 edition of “Ellen,” adding that the face she makes in the movie after she lands is “not acting.” Turns out Jessica’s gutsiness runs in the family. The star also told Ellen DeGeneres that after years of “trying to get … dates” for her grandmother, Marilyn Hurst, Marilyn took matters into her own hands and capitalized on her granddaughter’s A-list circle of friends — by plopping on Bradley Cooper’s lap. “A few years ago I had a party at my house and Bradley Cooper was there,” Jessica explained (via Insider). “My grandmother is now at the age where she just really doesn’t care, you know? She’s just like, ‘I’m just gonna do whatever I want.’ So in the middle of the party, she just walked over to Bradley and just sat on his lap.” He wasn’t necessarily into it, though. “He looked horrified, actually,” Jessica continued. “He had never met her. He didn’t know who she was. … I saw it kinda happening in slow motion where I was like, ‘Noooo!'” she added. “I just started going, ‘It’s my grandma! It’s my grandma!’ Then he was like, ‘OK. Hi, Grandma.”

Is everything OK in Kim Kardashian-Pete Davidson paradise? The new couple boarded a private plane for post-New Year’s getaway earlier this week, but fans have since noticed Kim recently cut one account from the Instagram users she follows. That would be Miley Cyrus, who Pete rang in 2022 with on their New Year’s Eve special in Miami. According to Stylecaster, Kim as following Miley as recently as Dec. 10, but had nixed her from the follow list by Jan. 4. Dec. 10 also happens to be the day Page Six reported Miley visited Pete at his home in Staten Island. Adding fuel to rumors Kim may not be cool with Pete’s years-long friendship with the singer — at least in chatty fans’ minds — is how much fun Miley seemed to be having with Pete when she flirtatiously teased her pal about his romance with Kim on New Year’s Eve. “Pete Davidson, this song is for you,” she announced before covering “It Should Have Been Me.” “When I saw those photos, this is what I played,” she cracked. Both Pete and Miley appeared to be laughing about her performance, so we’ll take any whispers about a rivalry with a hefty grain of salt for now.

Nearly one year after Abigail Breslin’s father died from COVID-19 complications, the “Little Miss Sunshine” actress slammed a troll on Instagram who criticized her for wearing a mask. On Jan. 4, Abigail, 25, shared a photo from Las Vegas that showed her on a rollercoaster as she threw one hand in the air. With other folks strapped into close quarters beside and behind her, Abigail’s face is protected by a mask in the pic, prompting a commenter to write, “Who’s the pathetic loser wearing a mask?” Abigail promptly clapped back: “That pathetic loser would be me, someone who lost their dad due to someone not wearing a mask and giving him Covid.” The “Scream Queens” actress added, “You can kindly go f*** off now.” Abigail’s dad, Michael Breslin, died last February at 78 after contracting COVID-19 and being hospitalized and put on a ventilator. “I’m in shock and devastation,” she wrote in a post sharing the sad news last year. Her coaster post appeared to garner more praise for her mask than criticism, though, as the omicron variant continues to spread in record numbers across the U.S. “My son is your age. He’s an RN who’s had COVID — twice,” one commenter chimed in. “Thanks for doing you part to not over burden our healthcare heroes.”

Amid ongoing lawsuits and postponed deals since the Astroworld Festival tragedy, Travis Scott will reportedly be dropped from his headlining slot at this year’s Coachella festival. Citing “a source with knowledge” of the lineup change, TMZ report on Jan. 5 that Billie Eilish is already contracted to jump on the bill as one of its three headliners. An announcement has yet to be made, but TMZ’s sources believe there’s virtually no chance the rapper will return to the stage for the April event after 10 people died as a result of a crowd surge during his set at the Houston festival he organized with Live Nation in November. Travis was due to perform at Coachella in 2020, but it was canceled because of the coronavirus pandemic. In addition to dropping off other festival bills since the deadly event, Travis has lost deals ranging from magazine covers to sneaker design releases.

In her forthcoming memoir, “Enough Already: Learning to Love the Way I Am Today,” Valerie Bertinelli opens up about her deep bond with first husband Eddie Van Halen, who died on Oct. 6, 2020, after a battle with cancer. “Maybe next time. Maybe next time, we’ll get it right,” she recalls telling the rocker near the end of his days in the book, excerpted in this week’s People. Although the TV star and musician divorced in 2007 more than 25 years after they tied the knot, Valerie says Eddie was her “soulmate.” “I loved Ed more than I know how to explain,” she writes. Valerie also details how his partying affected their marriage — but not their friendship. “I hated the drugs and the alcohol but I never hated him. I saw his pain,” she writes. Finally, Valerie, who shares son Wolfgang Van Halen with her late ex, reveals Eddie’s last words. “‘I love you’ are the last words Ed says to Wolfie and me, and they are the last words we say to him before he stops breathing,” she writes, recalling how she and their son spent much of his last weeks on earth by his side in the hospital. “I can’t explain the feelings Ed and I had for each other,” Valerie says, according to People. “Who really knows had he not died. I doubt it. I loved him more than I know how to explain and there’s nothing sexual about it. It was more than that. And Ed and I understood that.” Her new memoir is out Jan. 18.

After decades of showcasing her hospitality skills in front of the camera, Martha Stewart’s moving into the restaurant world for the first time. This spring, the lifestyle guru (and part-time thirst trap star) plans to open The Bedford Martha Stewart at the Paris Las Vegas in Sin City, People reported this week. With 194 seats and a farm-to-table focus, The Bedford takes its inspiration from Martha’s idyllic farmhouse in the New York town of the same name. “We have toyed with the idea for a long, long time,” Martha, 80, tells the outlet. “I just personally was never really ready to do something so large as this. It really is a lot of stuff to do!” So far, Martha’s been at the helm of that to-do list, particularly the interior design, which “is completely fashioned after the winter house at my farm in Bedford, where I basically live,” Martha explains. “There’s a kitchen, a dining room, a brown room, a green room — it’s very similar in the finishes of my home, and the furnishings are all kind of replicas of a very familiar space to many, many, many Americans,” she continues, calling the space “intimate, yet large enough for people to really enjoy.” Food-wise, Martha says her menu will be seasonal, “based on freshness and availability,” and will feature her friends and family’s favorite recipes. “It’s been been a tough two years for an awful lot of people,” Martha says. “But we’ve pushed on. And I’m hoping for a healthier year where people do not have to be fearful of going out, gathering, and enjoying some good food and some good company.” No release date has been announced yet.

The 9 Most Effective Weight Loss Tips for 2022, According to Experts — Eat This Not That 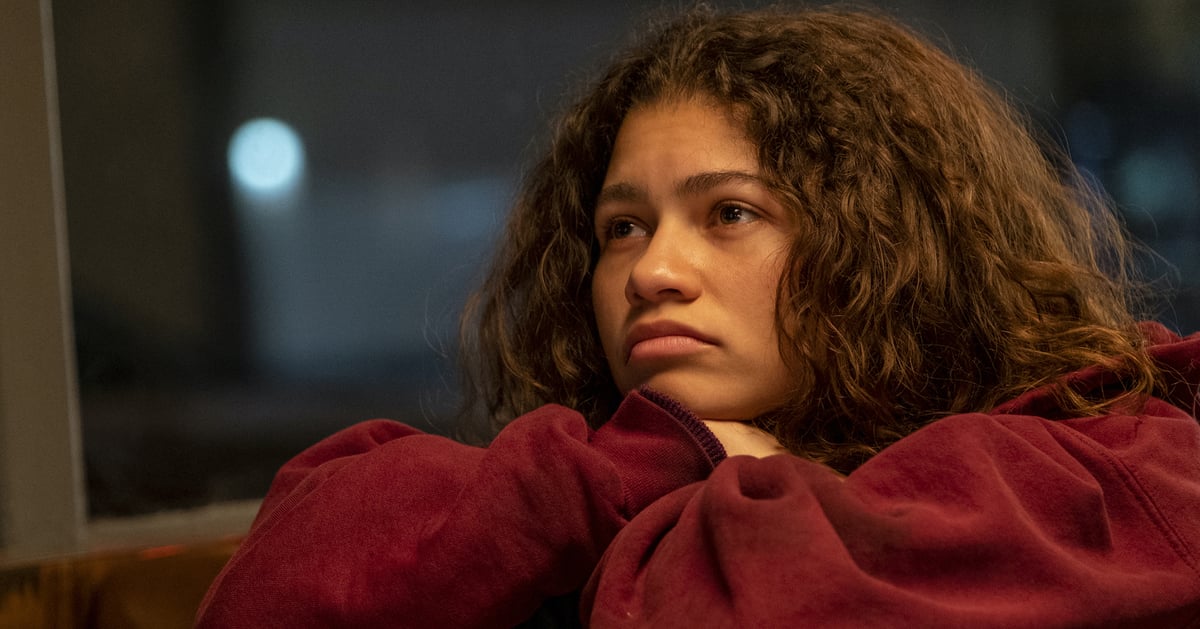 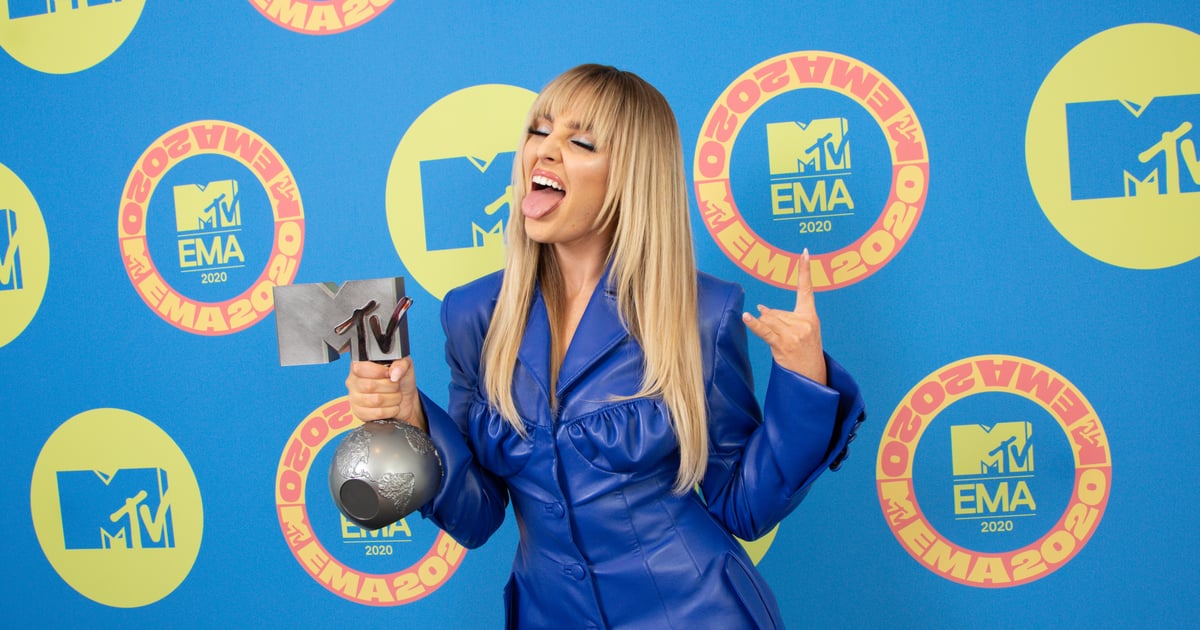