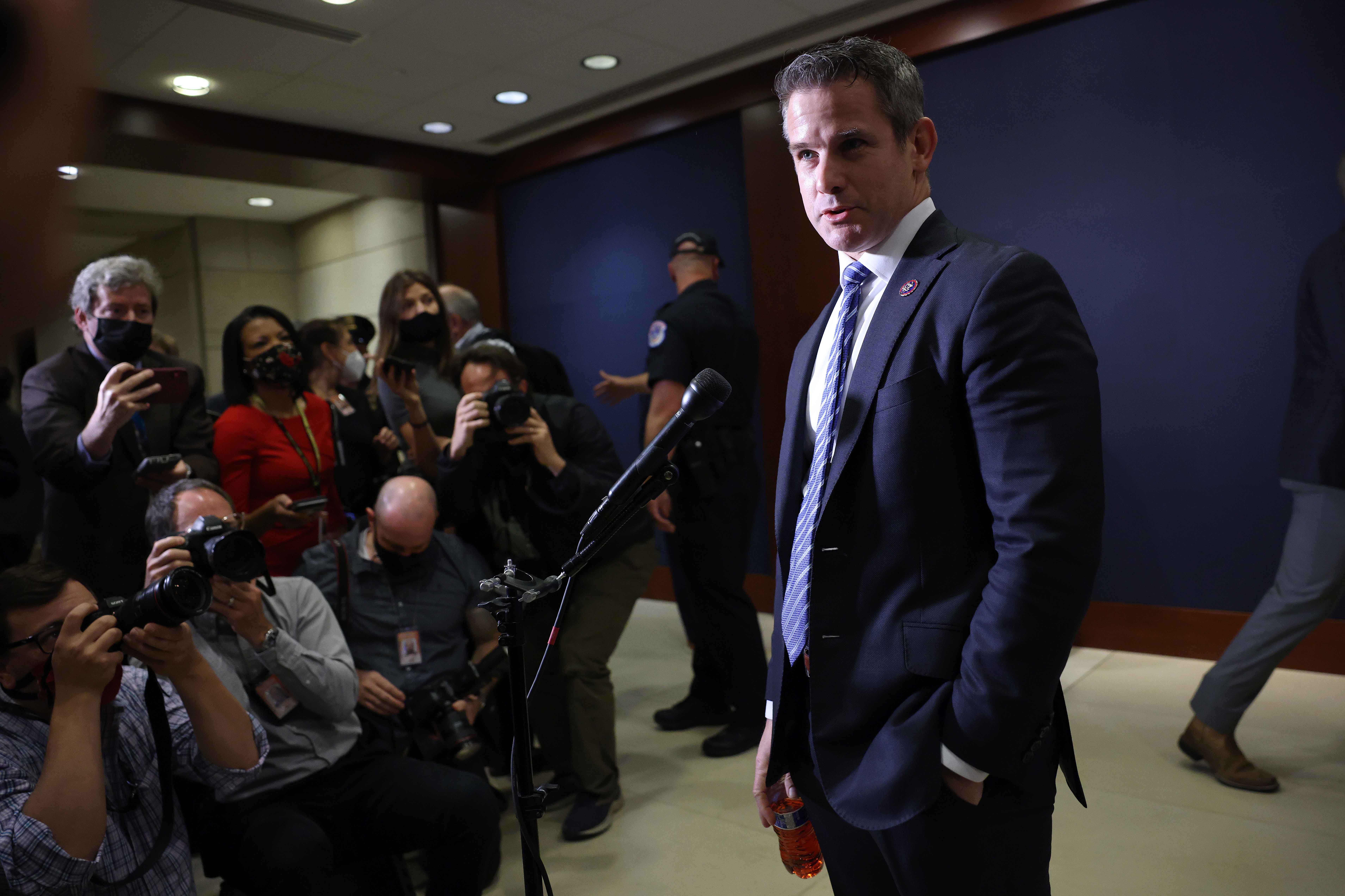 Kinzinger added that he wouldn’t comment on whether he’d serve on the 13-member select committee, saying only that “we’ll see how this whole thing shakes out.”

“I do think the threat of removing committees is ironic, because you won’t go after the space lasers and white supremacist people but those who tell the truth,” he said of McCarthy’s threat to strip committee assignments from any members picked by Pelosi to serve on the panel.

Kinzinger’s references to “space lasers” and “white supremacist people” are nods to Reps. Marjorie Taylor Greene (R-Ga.) and Paul Gosar (R-Ariz.), respectively. Greene lost her own committee assignments following a string of incendiary remarks, including a baseless conspiracy theory regarding wildfires and lasers, while Gosar spoke at a conference organized by a prominent white nationalist earlier this year.

McCarthy has yet to indicate whether he will make recommendations for GOP members to sit on the Jan. 6 committee. But the California Republican’s closed-door warning delivered Wednesday to several of his conference members, which Kinzinger confirmed, suggest that he’s preparing to do what he can to undercut the committee’s work.

Greene has indicated she’s interested in serving on the select committee investigating the Jan. 6 siege on Congress led by supporters of the former president, as have Reps. Matt Gaetz (R-Fla.) and Lauren Boebert (R-Colo.). The prospect of pro-Trump firebrands trying to sabotage the panel’s work is causing anxiety among some Democrats, including several who signed onto a Thursday letter to McCarthy urging him to take “immediate action” against Greene.

The letter from 38 Democrats, led by Congressional Progressive Caucus Chair Pramila Jayapal (D-Wash.), tells McCarthy that Greene’s “harassment of her colleagues has reached an unacceptable level.”

The warning, in which McCarthy indicated that accepting a select committee seat from Pelosi could lose House Republicans their committee assignments, was first reported by Punchbowl News.