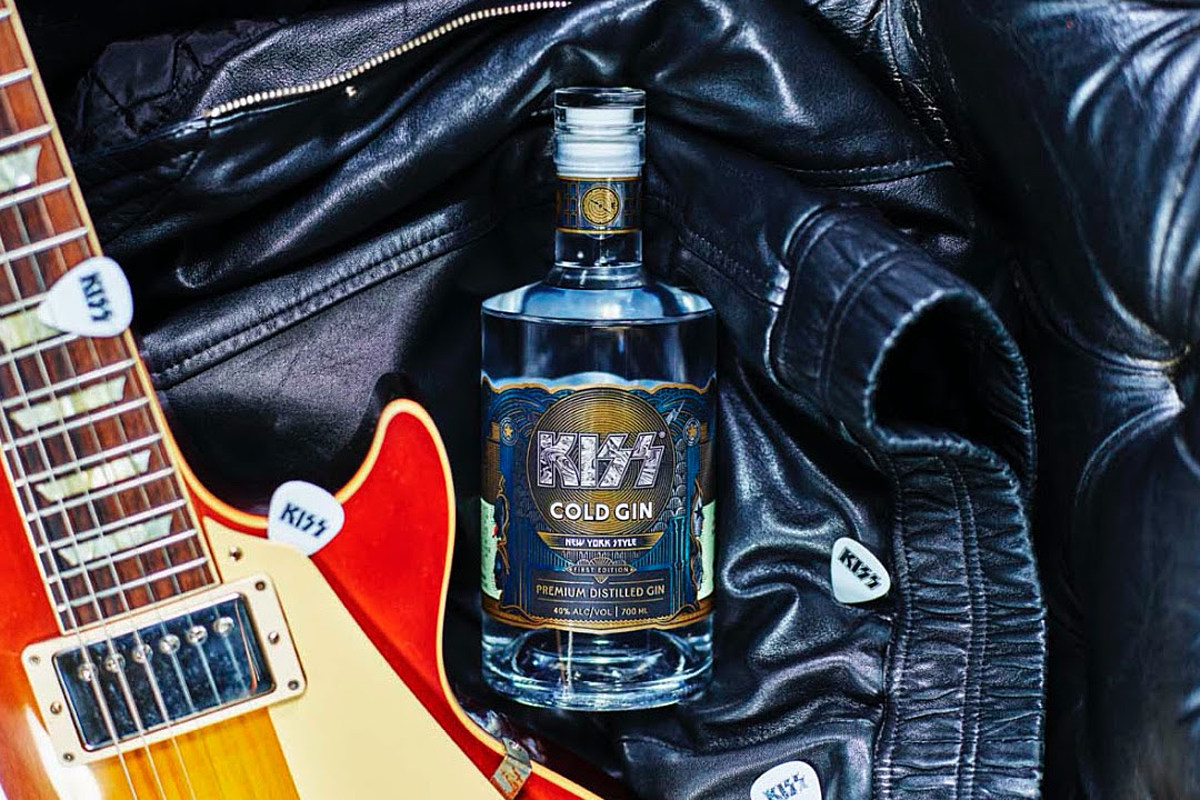 Cold Gin is the fourth entry in the “Drink It Up by Kiss” portfolio, following Black Diamond Rum, Detroit Rock Rum and Monstrum. The new libation boasts tasting notes of juniper, citrus and herbs, lemon peel and angelica root.

Gone are the days of going to the liquor store around the corner to get another quart. Kiss’ Cold Gin is currently available to purchase on the band’s website for $39.99 a bottle, and it includes an exclusive guitar pick as part of its launch promotion. Fans who splurge on the four-bottle Cold Gin Bundle for $149.99 will receive a complete set of four exclusive picks, each one sporting the iconography of a different band member. “Now it really is ‘Cold Gin time,'” co-bandleader Paul Stanley said in a statement. “If gin is your thing, then this is the one to bring. Like the song, this one’s a classic!”

Notably, gin has never been Stanley’s thing; he and Gene Simmons have been staunch opponents of drugs and alcohol throughout their careers. “You just have to look around you, and you have two choices,” Stanley told Men’s Journal. “You either go, ‘Gee, I want to be just like him!’ or not. In the music business, I always go back to, if all those vices and excesses were so great, you’d probably be doing this interview with Jim Morrison or Jimi Hendrix or John Belushi — but you’re not.”

Even Kiss’ original lead guitarist Ace Frehley, who wrote “Cold Gin” — and whose drinking ironically led to his departure in the early ’80s, along with original drummer Peter Criss — was not known to indulge in the titular beverage. “I have to admit — I’m not even sure what I was trying to say, or why I wrote a song about gin (let alone cold gin),” Frehley wrote in his 2011 memoir No Regrets. “I didn’t drink gin; didn’t drink liquor of any kind very often. I was a beer man then and not even a connoisseur. Gimme a can of whatever you had in the fridge, and I was happy. I wanted to write a drinking song, and ‘Cold Gin’ sounded like a great title. So I went with it.”

Regardless of Frehley’s motivations, he succeeded in writing his drinking anthem, and “Cold Gin” remains a fan favorite and set-list staple. It is the band’s sixth-most-played song ever, having appeared in more than 1,500 concerts, according to setlist.fm.

Evidence found of goose domestication in China 7,000 years ago