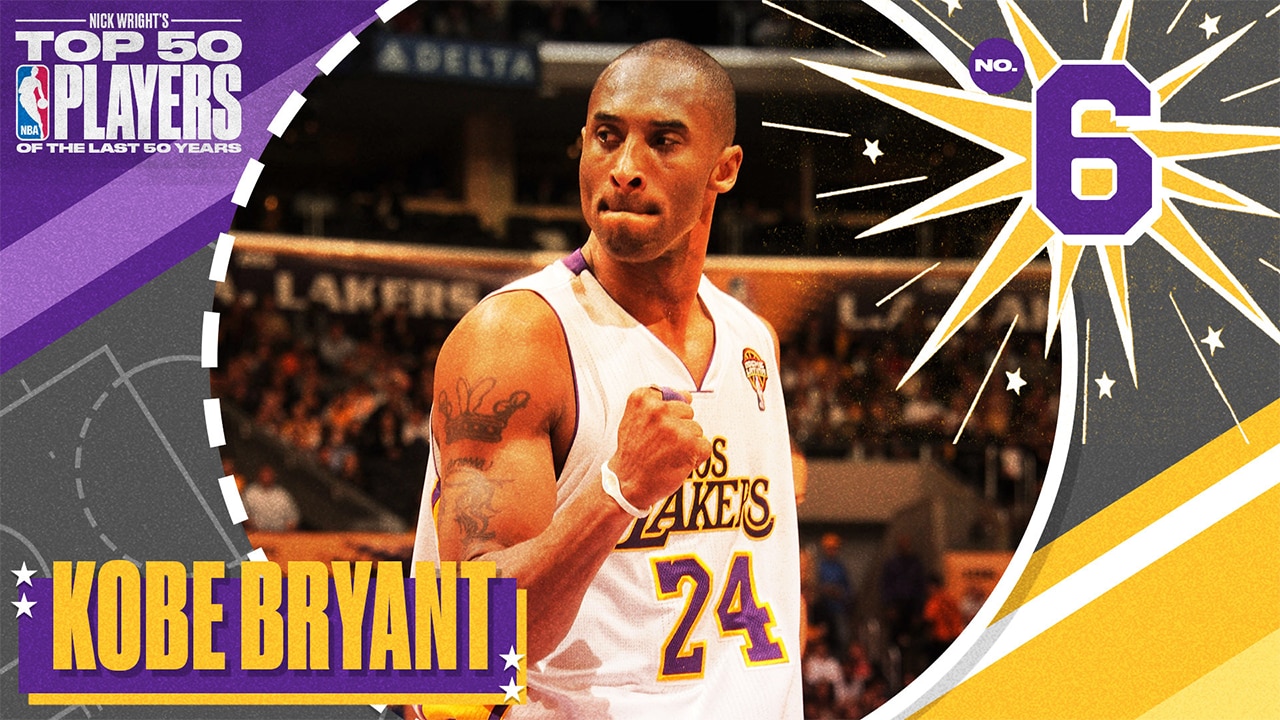 Kobe Bryant checks in at No. 6 on Nick Wright’s Top 50 list. The iconic shooting guard was league MVP, a two-time Finals MVP, and is still the Lakers’ all-time leading scorer. For many, Kobe is in the discussion of the greatest player in NBA history thanks to his starring role in five different Lakers championship teams of the early 2000s.