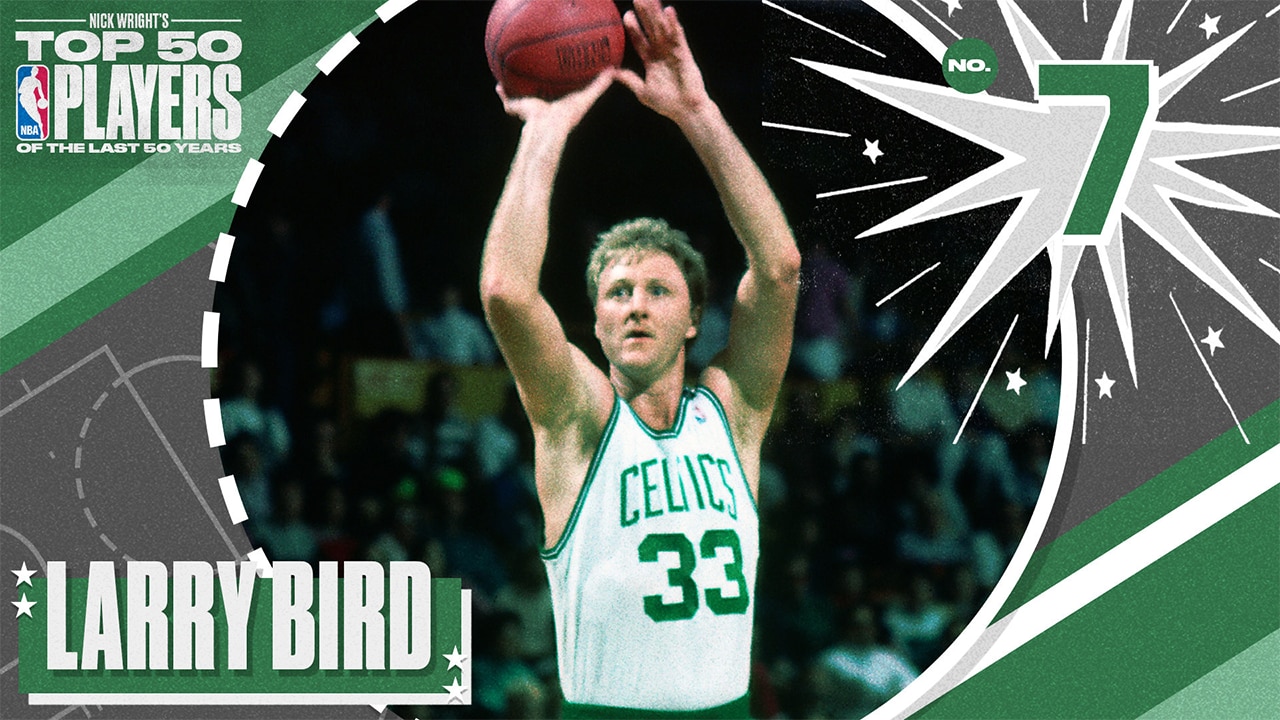 A skilled scorer, passer, rebounder and clutch performer, Larry Bird ranks No. 7 on Nick Wright’s Top 50 list. A three-time MVP, Bird won a pair of Finals MVPs and led the Boston Celtics to five NBA Finals appearances and three NBA championships. He is the only person in NBA history to win MVP (1984-86; Celtics), Coach of the Year (Pacers; 1998) and Executive of the Year (Pacers; 2012) in a career.