It’s hard to believe it’s been two decades since Elle Woods taught her hairstyle bestie Paulette the art of the “bend and snap,” but “Legally Blonde” officially turns 20 on July 13. With the anniversary coming up next week, a handful of the movie’s stars, writers and crew dished on their favorite, previously unknown secrets about how the whole thing came together — and what went on behind the scenes to the New York Times. Among the revelations? Reese Witherspoon (Elle Woods), Jessica Cauffiel (Elle’s pal Margot) and costume designer Sophie de Rakoff hung out with an actual sorority at USC and took notes on everything from how the members dressed (pink … duh) to how they acted after too many margaritas. They also revealed some “IRL” details about who was crushing on whom when the cameras stopped rolling. Matthew Davis, aka Elle’s ex, Warner, had his real-life heart stolen by Selma Blair, who played his law school girlfriend / Elle’s nemesis. “I’ll adore her till the day I die,” Matthew gushed to the Times. “I will always cherish her taking care of me and looking after me because I was so …. green.” Jennifer Coolidge (Paulette) revealed she really did have a thing for her onscreen love interest: “I had a crush on [Bruce Thomas, who played] my UPS man,” she said. “But he was married and had a beautiful wife and children, so I had to shut that off. I didn’t have to act or get excited when he walked in — it was all true to life.” Then there was Luke Wilson, aka Emmett, the cute young lawyer who believed in Elle. “Everybody had a crush on Luke,” Jessica recalled, “… but Luke was dating two supermodels at the time.”

With two new movies out this month, “Midnight In the Switchgrass” and “Til Death,” Megan Fox is back in a big way — and as she recently told InStyle, the attention makes her feel “a little bit like … a phoenix” after her work and character were both panned circa her “Transformers” and “Jennifer’s Body” years. It was largely Megan’s criticism of Michael Bay and endlessly sexist critiques of her acting that earned her negative press at the time. But not everything has changed in the wake of #MeToo. For starters, Megan says she’s judged as the mother of three kids in a way her sons’ dad, Brian Austin Green, is not. She’s regularly asked, “where are your kids,” she says, “… because you don’t expect a dad to be with the kids all the time, but I’m supposed to not be seen and be at home with my kids. They have another parent. I have to leave and sometimes I don’t want them photographed and they don’t come with me.” Then there’s the age difference between Megan, 35, and her 31-year-old boyfriend, Machine Gun Kelly (Colson Baker). Though they “would have been in high school together,” as Megan notes, “… people want to act like I’m dating a younger man … No one would blink twice if George Clooney was dating someone four years younger.” George, of course, is 60 — and married to 45-year-old Amal Clooney.

July 8 marked the first anniversary of “Glee” alum Naya Rivera’s death, inspiring a number of Naya’s former co-stars to share messages for the late star on social media. Heather Morris, who counted Naya as a close friend off-camera as well as her onscreen love interest, posted a video that showed her getting inked with the words, “tomorrow is not promised.” She also shared a gorgeous closeup of Naya and an image of the tribute tattoo that now adorns her arm. “It hasn’t gotten easier to write a caption,” Heather wrote in the caption. “You are the brightest star in my eyes Naya Rivera. I’m so grateful GOD LAYED A HAND and brought us together as best friends, mom friends, scene partners, and everything in between. Your legacy lives on in kindness and being ‘that sassy queen’ in my eyes. I love you forever bebe girl.” Kevin McHale shared a photo of Naya, seemingly on the set of “Glee.” “I miss you,” he captioned the image. “Every single day.” Jenna Ushkowitz, meanwhile, posted a photo of Naya onstage, writing, “Always a light, always with us. My heart is with you and your family today. ♥️ love you Nougs.” Chris Colfer and Matthew Morrison posted about their late co-star as well, as did a number of her family members. Naya died in an accident while boating with her son in California’s Lake Piru on July 8, 2020. She was 33.

Earlier this week, “Black Widow” actress Florence Pugh, 25, once again defended her romance with Zach Braff, 45, telling the Sunday Times she thinks their relationship “bugs people” because folks “expect” to date someone like Timothee Chalamet.” What she left out was the fact that age difference aside, Zach is the kinda guy who commissions art in honor of his lady. On July 8, Zach even shared a photo of the portrait he had created of Florence. It’s a comic-inspired painting of Florence in character as Yelena Belova, who by the way marks her Marvel Universe debut. “Go see ‘Black Widow’ this weekend and watch @florencepugh save the world!” Zach gushed in the caption on Instagram. “I commissioned this painting from the legendary painter and comic book artist @philnoto,” he added, explaining that the Russian text along the side translates to “widow.” “Black Widow” is in theaters July 9.

Hugh Grant fanboys over Whitney Houston, attempts to sing ‘I Will Always Love You’

Turns out when Whitney Houston hit that last chorus of “I Will Always Love You” in her classic 1992 ballad, she was singing directly to none other than Hugh Jackman. At least, that’s what Hugh told himself as a teenager. He told his Instagram followers the same story in a clip this week that opens with the “Wolverine” star smiling as he belts out part of the song. He gives up on the singing part pretty quickly, but after succumbing to giggles, the actor says into the camera: “By the way, listen to the very last words of ‘I Will Always Love You’ by Whitney Houston. She actually says ‘Hugh.’ I promise. The very last one is Hugh … I made myself believe that when I was 15.” A second, only slightly less giggly clip shows the star blasting the tune as he excitedly awaits the final, breathy, high-note “you.” (Er, sorry … “Hugh.”) As one fan replied in the thousands of comments beneath the post, “Who doesn’t love Hugh?😂.” The post comes amid a new round of speculation Hugh could reprise his “Wolverine” role after the actor shared Instagram Stories pics of himself alongside Marvel prez Kevin Feige … and a wolverine claw.

Production on the “Black Panther” sequel began in Atlanta last month, but it could be a while before fans learn much about “Wakanda Forever,” including specifics on how the story will proceed without Chadwick Boseman in the title role. “I don’t know what it’s going to look like at all,” Angela Bassett recently told ET. “There have been about five incarnations of the script and I hear another one’s coming.” Angela, who’s set to return as Ramonda, the mother of Chadwick’s King T’Challa, acknowledged that the actor’s unexpected death from colon cancer last summer forced previous plans off-course. “Of course, with our dear king going on to glory, a lot of things had to be shifted and changed,” she said. “So, thankfully, [director] Ryan [Coogler] and [writer] Joe Robert Cole, they’re just such masterful storytellers that they’ve found a way into this world and hopefully it will be satisfying, I think, for the fans and it will be honorable of our Chad. We love our king.” Marvel Studios head Kevin Feige previously vowed not to recast or digitally reproduce T’Challa. And as Chadwick’s co-star and friend, Anthony Mackie, said on Jemele Hill’s podcast earlier this year: “You can’t recast it. I mean, he did that role in a way it’ll never be done again.” “Black Panther: Wakanda Forever” is currently due out July 8, 2022.

And just like that … we got a teensy clue about the upcoming “Sex And the City” reboot. Sarah Jessica Parker shared a teaser pic on Instagram on July 8 that showed fans the front page of the script for the new HBO Max series ahead of her first day filming, “And Just Like That …” The photo didn’t reveal much beyond the fact that “Episode 101” is currently titled, “Hello It’s Me” and was written by Michael Patric King, who also penned all but one of the original show’s season premieres and finales, according to Wikipedia. (Creator Darren Star wrote the pilot.) The rest of SJP’s post featured photos of the contents of her “trailer/dressing room/tote bag haul,” most of which were books and healthy snacks, plus some oils and a few electronic tidbits. “Must haves In preparation for 1st day of shooting @justlikethatmax,” she said of the pics in the caption. “Somewhere on the island of Manhattan. Tomorrow Always bringing enough to share. Not pictured, deodorant. X, SJ.” She added that the books were “enough to keep me company through episodes 101-103.”

Chelsea Handler weighs in on cancel culture in comedy

When Chelsea Handler hits the road for her first comedy tour since COVID-19 restrictions began to loosen, she says she’s doing so with a “kindler, gentler” approach to comedy — one where she’ll admit she’s wrong when she’s wrong. She thinks it’s about time guys in her field and beyond start doing the same. Asked about sensitivities around cancel culture and whether she’ll put “guardrails” on her comedy going forward, Chelsea told Kara Swisher on her New York Times podcast, “I like for some people to lay down some laws for me so that you can find the chaos within it and be creative about what you are exploiting and what you are making fun of.” And it sounds like she will be making fun of, as she put it, “white guys who don’t seem to be getting the message” of how the world is changing. Adding that for her, those “men are on probation,” she said she thinks, “the problem with a lot of these men that have been canceled is they’re not sincerely apologizing.” 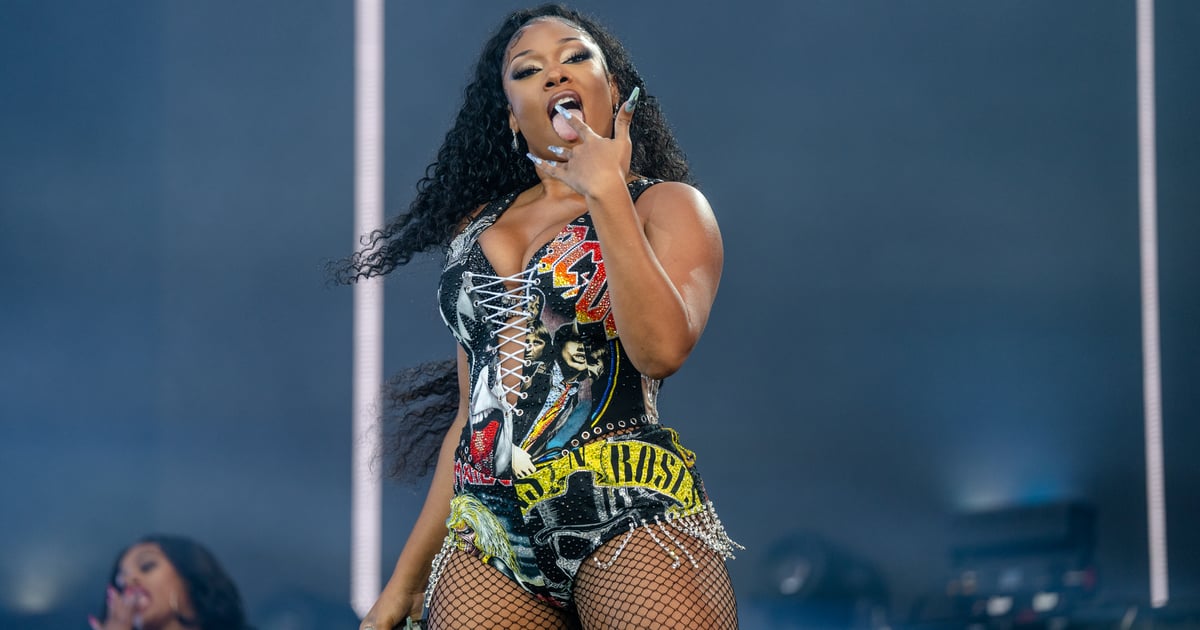