Thousands of women with abdominal birth injuries can once again have life-changing surgery previously denied to them over unfounded claims the procedure was being misused for cosmetic tummy tucks.

A new item has been added to the Medicare Benefits Schedule (MBS), offering women affordable access to a surgery known as abdominoplasty to treat severe chronic pain, weakened core muscles and incontinence caused by moderate to severe abdominal separation during pregnancy, also known as rectus diastasis. The decision – made by the former federal government – recognises the surgery as medically necessary, reversing a 2016 decision that banned women after birth from claiming the procedure via Medicare and private health insurance due to concerns it provided a loophole to fund purely cosmetic procedures.

Abdominoplasty involves sewing back together abdominal muscles that separate as a woman’s midsection expands during pregnancy, and excess skin is removed during the surgery if necessary.

Without the MBS item number, private health insurers could not cover the procedure, which can cost between $15,000 and $30,000.

The president of the Australian Society of Plastic Surgeons, Associate Professor Nicola Dean, said access to abdominoplasty to treat rectus diastasis was an issue of women’s rights, not vanity.

“It did people a massive disservice to claim that it’s all just cosmetic,” Dean said. “This is absolutely life-changing surgery that enables them to function in society, to return to work, to play with their children and contribute to the community.”

Dean said the 2016 decision to restrict abdominoplasty to people with excess skin following massive weight loss disenfranchised thousands of women. She said there was no evidence that the old item number was being misused, and the decision to remove it was part of a misguided cost-cutting exercise.

“Since that time … the Department of Health has had a more collaborative approach, and we have been able to work together in protecting Medicare from cosmetic misuse, whilst ensuring that the community is not denied access to legitimate functional procedures,” she said.

The organisation estimates 3500 women suffer moderate or severe abdominal separation and back pain every year, and just one in four would want surgery, which would cost taxpayers less than $440,000 a year.

Siobhan Fitzpatrick, who has conducted a qualitative study exploring the experiences of women with rectus diastasis following the withdrawal of the MBS item number, said the effects of the condition were heartbreaking.

“These women – some of them are [physical education] teachers and nurses who couldn’t work. They are very limited in how they participate in society. It’s not just about how they look and feel – it affects so many aspects of their lives,” Fitzpatrick said.

Mother of twins Kerrie Edwards played a crucial role in the campaign to reinstate abdominoplasty on the MBS for women with birth injuries after her petition with more than 13,000 signatures was tabled to the federal House of Representatives in 2020.

“It felt like rubber bands snapping across my torso,” Edwards said of her abdominal separation in the final weeks of pregnancy with daughters Arya and Amelia.

She was diagnosed with rectus diastasis – with abdominal separation of nine centimetres – four months after giving birth.

“I had constant back pain, a dreadful pain when I would lean over the cot or get my babies out of the car,” she said.

Twelve months of costly reformer Pilates shrank the gap to five centimetres, but the back pain persisted. Her only remaining option was surgery, but the out-of-pocket cost of the procedure was over $20,000, Edwards said.

“I am incredibly excited, but petrified,” Edwards said before the surgery. “This is pretty major surgery, but I’m looking forward to being able to play with my kids, play sports again and go to the gym without hurting my back every time I lift a weight.”

The evidence that the surgery improves the lives of women with rectus diastasis is growing. A 2018 study found abdominoplasty significantly reduced back pain and incontinence among 214 Australian women with an average abdominal separation of 4.5 centimetres after pregnancy.

“We’re not advocating for every woman with rectus diastasis to have this operation because all operations have risks,” Dean said.

The Medicare item includes sub-criteria that stipulates a woman must have abdominal separation of at least three centimetres, which has persisted more than 12 months after birth despite trying exercise, physiotherapy and weight loss, and their abdominal separation must be confirmed by a medical radiologist.

Dean said women who want the surgery should ensure their doctor has surgical qualifications recognised by the Australian Medical Council.

Women with rectus diastasis who would like to participate in Dr Fitzpatrick’s research aimed at better understanding their experiences can contact her here.

Most Viewed in National

Tyler Glasnow strikes out 3 in 3-inning return to mound 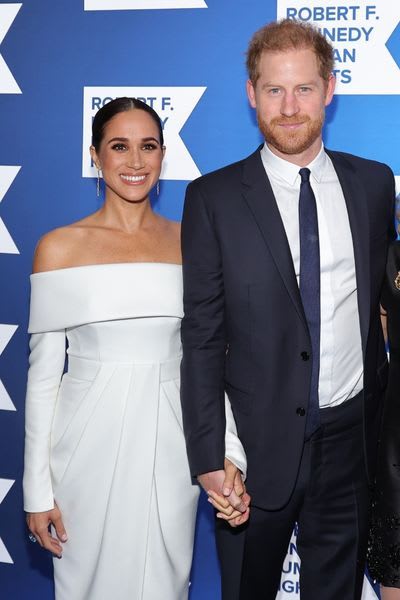