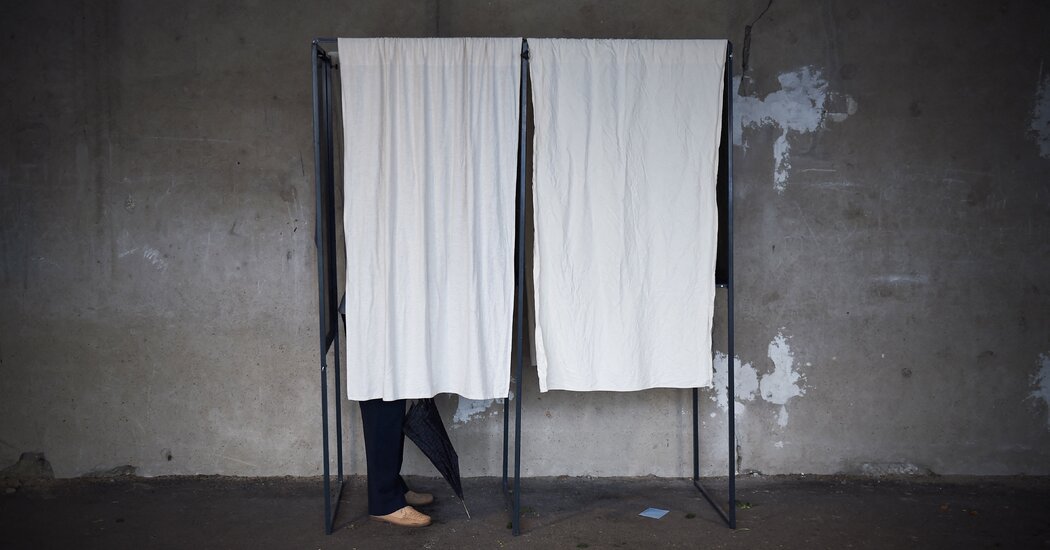 PARIS — It had seemed inevitable: another face-off in next year’s French presidential election between President Emmanuel Macron and Marine Le Pen, the leader of the rightist, anti-immigrant National Rally Party.

But after nationwide regional elections on Sunday, a rerun of the second round of the 2017 election appeared far less certain as both Mr. Macron’s centrist party, La République en Marche, and Ms. Le Pen’s party failed to win a single one of France’s 13 mainland regions.

The defeat was particularly crushing for Ms. Le Pen. She had portrayed the regional elections as a bellwether of her rise to power.

In the southern region of Provence-Alpes-Côte d’Azur, the one region where the National Rally led in the first round of voting a week ago, a center-right candidate, Renaud Muselier, defeated the National Rally candidate by a comfortable margin, taking about 57 percent of the vote, according to preliminary results.

The National Rally has never governed a French region, and on Sunday, Ms. Le Pen accused every other party of forming “unnatural alliances” and “doing everything to prevent us from showing the French people our capacity to run a regional executive.”

Stanislas Guerini, the director general of Mr. Macron’s party, said the results were “a disappointment for the presidential majority.”

They were also no surprise.

Since cobbling together his party as the vehicle for his ascent in 2017, Mr. Macron has shown little interest in its fortunes, relying instead on his personal authority and the aura of the presidency. The party, often known simply as En Marche, has never managed to establish itself on the regional or local level, despite controlling Parliament.

Turnout for the election was very low. Only about 33 percent of French people voted, compared with 55.6 percent as recently as 2015, a clear sign of disgruntlement with politics as usual and weariness after the country’s long battle with the coronavirus pandemic.

This low participation, and the fact the presidential election is still 10 months away, makes extrapolating from the regional results hazardous. Still, it marked a shift. A headline in the left-wing Libération newspaper above an image of Mr. Macron and Ms. Le Pen said: “2022: What if it wasn’t them?”

If it is not them, it could be Xavier Bertrand, a center-right presidential candidate who emerged as the chief winner today.

A no-nonsense former insurance agent in the northern town of Saint-Quentin, Mr. Bertrand, who has already announced he will run for president next year, won the Hauts-de-France region handily, with about 53 percent of the vote.

His victory came despite strenuous efforts by Mr. Macron and Ms. Le Pen to make an impression in the region, which is Mr. Bertrand’s stronghold.

“This result gives me the force to go out and meet all French people,” Mr. Bertrand said. “There is one necessary condition for the recovery of our country: the re-establishment of order and respect.”

Mr. Bertrand, who served as health and then labor minister in the government of Nicolas Sarkozy, did not go to one of France’s elite schools and likes to portray himself as a man of the people sensitive to the concerns of the French working class. He is widely seen as an effective politician of consuming ambition. Another former minister in the Sarkozy government, Rachida Dati, once said of Mr. Bertrand: “He is the one with the most hunger.”

Although he left the main center-right party, Les Républicains, a few years ago, Mr. Bertrand remains part of their conservative family and has a visceral hatred for Ms. Le Pen’s National Rally, which he insists on calling by its former name, the National Front.

In a sense the election marked the revival of traditional parties: Les Républicains on the right and the Socialists on the left. Left-wing coalitions, usually including the Socialists, hung onto power in five regions they already governed.

Security has emerged as a primary concern of French people ahead of next year’s election, after a series of Islamist terrorist attacks over the past nine months. This has posed difficulties for a fragmented French left, which has appeared to have few answers to security concerns and no presidential candidate it can unite around. But the regional elections suggested it is far too early to dismiss the left entirely.

For Mr. Macron, who has embarked on a nationwide tour to reconnect with the French people after the worst of the pandemic, the results suggest that his recent focus on winning right-wing votes that might have gone to Ms. Le Pen may need to be reconsidered.

The presidential election is more wide open than it looked. The French people are more disgruntled than they appeared. More of the same — and a 2022 contest between Mr. Macron and Ms. Le Pen would be just that — may not be what they are looking for after all.