The city that never sleeps is as dangerous as it’s ever been, but Harlem’s friendly-neighborhood Spider-Man does it all, from saving helpless bodega cats to dismantling nuclear time bombs. And like any modern-day celebrity, Spider-Man always makes time to respond to Twitter followers or take goofy selfies with adoring fans. Yes, the new web-slinger is as dependable and personable as they come, but I know his greatest secrets. Miles Morales, the young man behind the mask, loves playing video games, producing groovy hip-hop beats, and conducting elaborate science experiments. He agonizes over his hair in the bathroom mirror and has a weak spot for dulce de coco. But, more importantly, he looks like me. 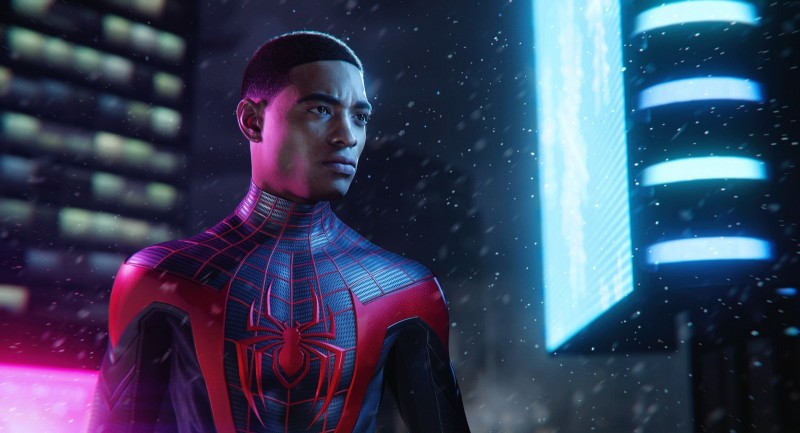 I grew up a starry-eyed Afro-Latino kid in Spanish Harlem. Day in and day out, the beautiful mix of salsa and rap blared from every apartment window. Lifelong friendships were forged at the nearest basketball court. I remember the helado cart down the street from my middle school and the summer block parties where opening fire hydrants was our DIY version of going to the beach. Your barber was practically family; getting a haircut from someone else was flat-out disrespectful! The best off-brand sodas were less than a dollar, and sometimes local pizzerias would give kids a free pepperoni slice with a slushie. At night, I’d fall asleep to distant car alarms; Héctor Lavoe’s smooth voice or Willie Colón’s raspy trumpet vibrating through my thin bedroom walls.

Returning to Harlem as an adult was surreal: The community is not what it used to be. Family businesses have given way to luxurious condominiums, expensive supermarkets, and middle-class fast-food chains. Police surveillance has increased, meaning that instances of racial profiling happen at a more frequent rate. Moreover, rent is unaffordable at most apartment complexes and historically cheap foods, like deli sandwiches, are reminiscent of inflated Midtown prices. Gentrification is displacing long-time Harlem residents. Yet, beneath the incessant sirens and obnoxiously loud truck horns, I can barely make out the hard-hitting bass of reggaeton. In the shadows of ritzy hotels, street artists preserve Harlem’s history with elaborate murals. The culture endures.

In Marvel’s Spider-Man: Miles Morales, like in reality, my old neighborhood is in the midst of an identity crisis. The petroleum conglomerate Roxxon establishes its Manhattan headquarters in the center of Harlem; the company’s dark, foreboding tower visible from the Upper West and East Sides. At the start of the game, Miles has just moved from Brooklyn, and the sudden location change is hard for him to accept. Thanks to the help of his best friend Ganke as well as his mother’s timely, morale-boosting speeches, Miles learns to appreciate his community by simply being present: Dropping by Teo’s Bodega to take his adorable cat for a swing; mingling with various Harlemites at music festivals. When a substantial amount of community supplies get stolen, the homeless shelter closes because of gang activity, and Roxxon’s evil intentions come to light, I don the mask with Miles and become the hometown hero I always wished I could be. 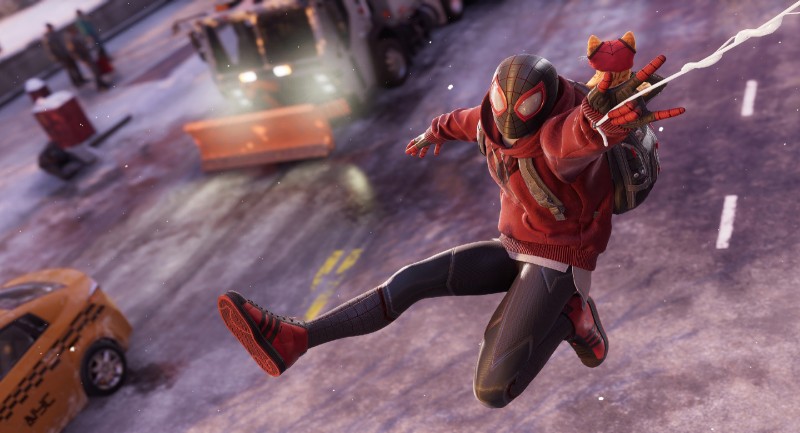 There’s one moment toward the end of the game that sticks out to me even now, a year after completing the central narrative. Hailey Cooper, a local street artist, pulls our hero to the side and says, “There’s been a Spider-Man protecting New York since I was a kid, but to have one that cares about me and my home, it means everything.” Miles laughs the way he always does whenever he gets flustered and replies, “It’s my home too.” Finally – even if it’s just in some digital game world or etched onto the page of a widely read comic book – my community got the protector it deserved. And if I timed my dodges right or tapped a button enough times to save innocent people from danger, I could be that protector too. While swinging at high speeds above Harlem’s bustling marketplaces or fighting a mob of thieves in cinematic fashion, I was simply living out my superhero fantasies through Miles Morales. But in those quieter moments – when listening to the sounds of the city through Uncle Aaron’s old music recordings or gazing at BLM wall art through watery eyes – it’s me under that mask.

This article originally appeared in Issue 333 of Game Informer.

Ancient Peruvians Reassembled Spines on Sticks to Honor the Dead