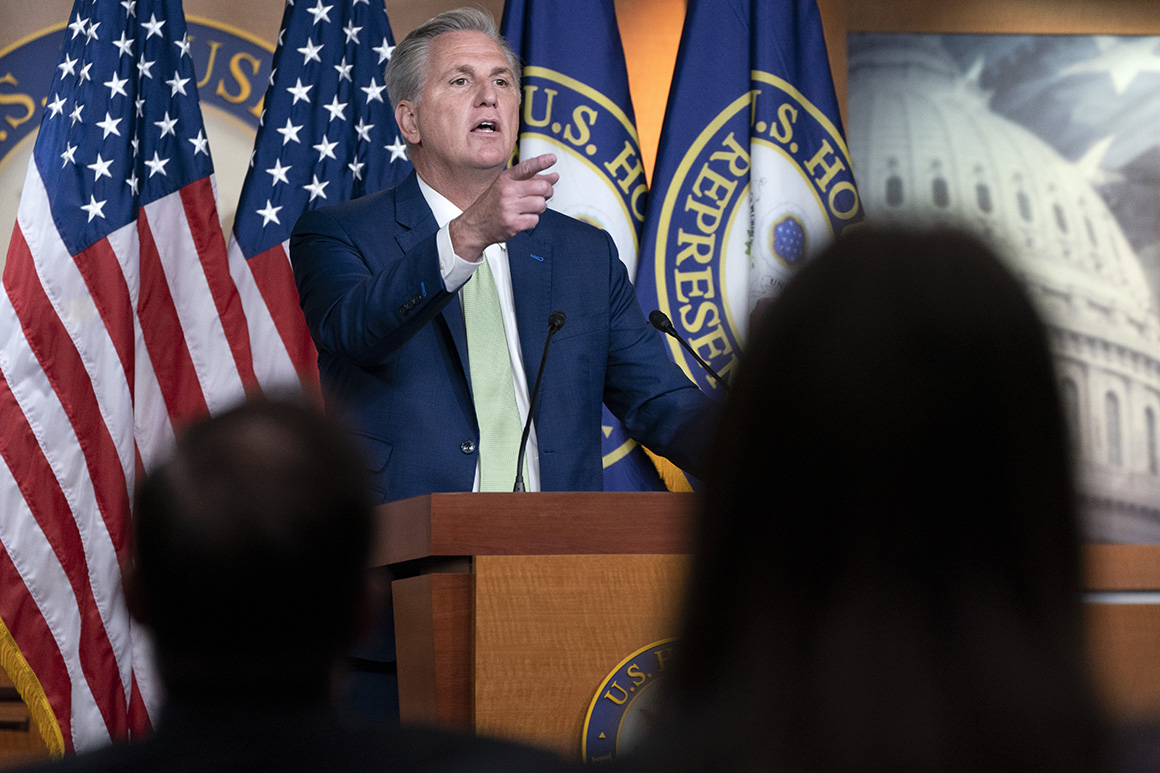 Asked again Thursday whether Gaetz would maintain his seat on the House Judiciary Committee given its oversight of the Justice Department, McCarthy said Gaetz “is the same as any American. He’s innocent until proven guilty. There’s no charges against him yet. If a charge comes forward, that will be dealt with at that time.”

McCarthy also denied being made aware of any red flags about Gaetz, following media reports that then-House Speaker Paul Ryan (R-Wis.) met with Gaetz in 2017 to discuss the then-freshman congressman’s behavior. At the time, McCarthy was House majority leader.

“When I was majority leader, I wasn’t part of that discussion, and I didn’t know about that,” McCarthy said, adding: “If you’re wondering if I knew anything about what’s being alleged now, no.”

Despite a flurry of negative headlines in recent days further detailing the allegations against Gaetz, only one House Republican has called for his resignation, and his position in Congress appears safe for now.

McCarthy’s comments came after Gaetz announced a six-figure ad buy Wednesday targeting CNN — part of the congressman’s efforts to paint himself as the victim of anti-conservative media bias.

If Your Mood Shifts Like This, It May Be Dementia, Says New Study