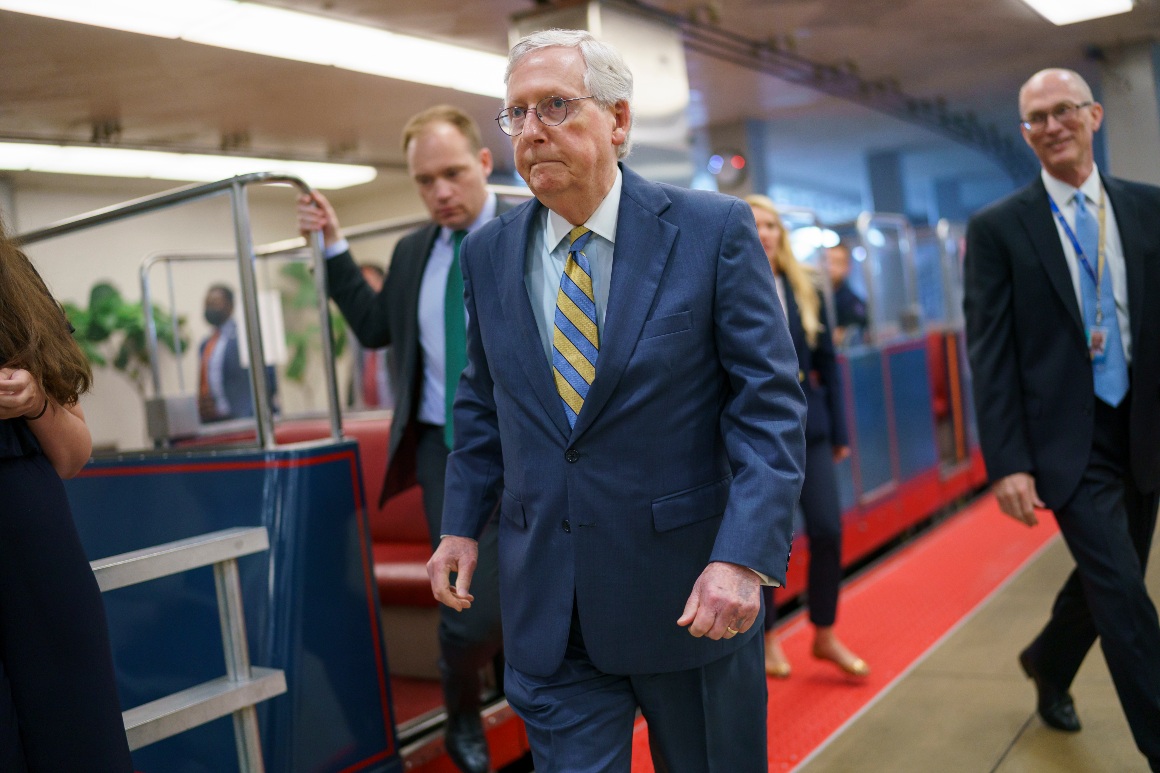 With the Supreme Court term coming to an end this month, all eyes are on whether Breyer will retire. Progressives are publicly calling for the 82-year-old justice to step down in light of Democrats’ fragile 50-50 Senate majority, with Rep. Alexandria Ocasio-Cortez (D-N.Y.) telling CNN on Sunday that she’s “inclined to say” Breyer should step down from the bench. But most Senate Democrats are staying quiet and some liberals have expressed concern that a pressure campaign could backfire.

Democrats are still seething over McConnell’s decision to block Garland’s nomination in 2016 and accused him of hypocrisy when Senate Republicans moved forward with now-Justice Amy Coney Barrett’s confirmation in 2020. But as McConnell argued to Hewitt, Republicans asserted the situation during Barrett’s nomination was different because the White House and the Senate were controlled by the same party.

When asked whether he’d fill a vacancy 18 months before a presidential election, McConnell replied: “we’d have to wait and see what happens.”

McConnell, however, did praise Breyer for recently expressing skepticism about adding seats to the Supreme Court — an idea that became a liberal litmus test during the 2020 presidential primary but has withered in Congress.

“I do want to give him a shout-out, though, because he joined what Justice Ginsburg said in 2019 that nine is the right number for the Supreme Court,” McConnell said of Breyer. “And I admire him for that. I think even the liberal justices on the Supreme Court have made it clear that court packing is a terrible idea.”