In her first major interview since she accepted Machine Gun Kelly’s marriage proposal, Megan Fox helpfully clarifies that little comment she included in her engagement announcement … about how she and MGK drink one another’s blood. As Megan put it in a video post about the news in January: “Just as in every lifetime before this one and as in every lifetime that will follow it, I said yes… And then we drank each other’s blood.” Leave it to Glamour UK to get right to the point: “Um, so did you actually drink each other’s blood?” the reporter asks in a new interview, out this week. “So, I guess to drink each other’s blood might mislead people or people are imagining us with goblets and we’re like ‘Game of Thrones,’ drinking each other’s blood,” Megan explains in response. “It’s just a few drops, but yes, we do consume each other’s blood on occasion for ritual purposes only.” Ah. Pressed as to what, exactly, that means, Megan continues: “I’m much more controlled. I read tarot cards and I’m into astrology and I’m doing all these metaphysical practices and meditations. And I do rituals on new moons and full moons, and all these things. And so, when I do it, it’s a passage or it is used for a reason. And it is controlled where it’s like, ‘Let’s shed a few drops of blood and each drink it,'” the actress says. “He’s much more haphazard and hectic and chaotic, where he’s willing to just cut his chest open with broken glass and be like, ‘Take my soul.” Asked if said chest-slashing “actually happens,” Megan laughs. “It doesn’t not happen,” she says. “Let me tell you. Maybe not exactly like that, but a version of that has happened many times.” Should be an exciting wedding.

For Harry Styles, kicking off a solo career meant growing up in all kinds of ways, including his approach to intimacy and dating. With his third solo album due out next month, the One Direction alum — who’s been dating Olivia Wilde for nearly two years — reflected on how his approach to sex and sexuality has changed since he left the boy band. “For a long time, it felt like the only thing that was mine was my sex life,” the 28-year-old tells Better Homes & Gardens. “I felt so ashamed about it, ashamed at the idea of people even knowing that I was having sex, let alone who with.” In an effort to keep Harry’s public persona spic ‘n span, he used to agree to “cleanliness clauses” that would kill the deals if he were “to do anything allegedly unsavory,” according to the outlet. Those clauses disappeared once he went solo. “I felt free,” he recalls. “At the time, there were still the kiss-and-tell things. Working out who I could trust was stressful. But I think I got to a place where I was like, why do I feel ashamed? I’m a 26-year-old man who’s single; it’s like, yes, I have sex,” he adds. As for the world’s apparent fascination with Harry’s sexuality since he started experimenting with fashion traditionally relegated to women, he shrugs off critics and their “outdated” notions. “I’ve been really open with it with my friends, but that’s my personal experience; it’s mine,” he says. “The whole point of where we should be heading, which is toward accepting everybody and being more open, is that it doesn’t matter, and it’s about not having to label everything, not having to clarify what boxes you’re checking.”

Slowly but surely, Travis Scott is working towards a music comeback after tragedy struck his Astroworld festival in 2021, leaving 10 people dead and many more injured. This fall, the rapper, who shares two children with partner Kylie Jenner and recently released “Hold That Heat,” his first single since Astroworld, will perform in public for the first time since the deadly event, Pitchfork reported on Wednesday, April 27. His planned shows are all headlining festival slots for Primavera Sound, beginning with Sao Paulo, Brazil, on Nov. 6, followed by performances in Buenos Aires, Argentina, on Nov. 12, and Santiago, Chile, on Nov. 13. His next public appearance in the United States is set to take place in Miami on May 7, although a source tells Pitchfork the rapper will “host” but not perform at the club event. Travis, along with Live Nation and others associated with the Astroworld festival, remain embroiled in a massive lawsuit filed collectively by nearly 400 victims and victims’ families who claim the rapper and his co-producers’ negligence is to blame for the deaths and injuries sustained at the event.

After more than a year of hard work on “The Eyes of Tammy Faye,” “Tick, Tick … Boom!” and the new FX limited series, “Under the Banner of Heaven,” Andrew Garfield plans to take a break from acting. “I’m going to rest for a little bit,” Andrew said on this week’s “Just For Variety” podcast. “I need to recalibrate and reconsider what I want to do next and who I want to be and just be a bit of a person for a while. Because as you know, that is a washing machine, that awards season.” The erstwhile “Spider-Man” star was reportedly slated to appear in the BBC’s “Brideshead Revisited” adaptation, but Variety reports the project has been put on hold, leaving Andrew a little more potential downtime. “I need to just be a bit ordinary for a while,” says the two-time Oscar nominee.

Jared Padelecki expects to ‘return to filming’ after bad car accident: ‘I’m on the mend’

Jared Padelecki shared a health update this week in the wake of a serious car accident he was recently involved in. While few details have been disclosed about the accident, Jared’s friend and “Supernatural” co-star Jensen Ackles previously said on social media that Jared had compared the crash to fighting “12 rounds with [Mike] Tyson,” and urged fans to “keep him in your thoughts.” But Jared popped up on Instagram this week to assure friends and fans that he’s in good shape. “Hey y’all! I want to thank everyone for the outpouring of love. I’m definitely on the mend and hoping to return to filming later this week,” he captioned a photo. “I’m so lucky to have had the best care and be surrounded by people who love me. So grateful for everyone.” According to People, Jensen’s original announcement indicated Jared was in the passenger’s seat when the accident took place and is “lucky to be alive” afterwards. “nd not only that, but he’s a home recovering which — the fact that he’s not in a hospital right now is blowing my mind because I saw the car,” Jensen added at the time.

Megan Thee Stallion says the alleged shooting that left her hospitalized in 2020 did more damage than her physical scars might suggest. The rapper has spoken out previously about the incident, in which she says her then-close friend, Tory Lanez, allegedly ordered her to “dance” and “started shooting” at her outside a party in Los Angeles nearly two years ago. Though Tory has continued to maintain he’s innocent, pleading not guilty to weapons and assault charges, he’s headed to court over Megan’s claims in September. Speaking to Gayle King on “CBS Mornings” on Monday, April 25, Megan reiterated that she is “the victim” here, not Tory. “Everything happens so fast,” she said. “And all I hear is this man screaming. He said, ‘Dance, b****’ and he started shooting. And I’m just like, ‘Oh my God.’ He shot a couple of times and I was so scared.” As tears welled up in her eyes, she continued, “I’m like, ‘Oh my God, I’m really bleeding.’ Like I can’t believe you shot me.” According to Megan, Tory offered her and her friend hush money to leave the police out of it. “He said, ‘I’m so sorry, please don’t tell nobody. I’ll give y’all a million dollars if y’all don’t say nothing,'” she told Gayle, adding that she didn’t take the money. She did, however, initially tell police she “stepped on glass,” though she told Gayle she regrets having lied to smooth things over and keep the peace. “So when I see people trying to use that against me, like trying to act like I’m lying, ‘Oh, she stepped on glass. She never got shot,'” Megan recalled. “I’m the one who said I stepped on glass. I was lying to protect all of us. And I — sometimes I wish I really would have never said that. I wish I would have told the truth. But if it saved us all from dyin’, then that’s just probably what it was meant [to do].” Asked about the non-physical effects of the alleged shooting, Megan shared how she now suffers from heightened anxiety, trust issues and more. “I’ve got this wall and I don’t want to make any friends,” Megan explained. “I’m trying to be as nice as I can to everybody. New people, I probably won’t even hold a conversation longer than 30 minutes ’cause I feel like every time I’m talking, I’m, like, on the verge of tears and I don’t want to have to explain to strangers why I’m crying.”

Suzanne Somers once pitched a ‘Three’s Company’ reboot: Here’s why it never happened

“Three’s Company” alum Suzanne Somers recently revealed she once pushed for a reboot of the show that launched her career — complete with a hologram of John Ritter. Suzanne, who played the blonde bombshell Chrissy Snow opposite John Ritter’s Jack Tripper and Joyce DeWitt’s Janet Wood, stopped by the “Behind The Velvet Rope With David Yonte,” where she admitted that after John’s sudden death in 2003, she pitched a series that would feature his likeness, post-humously. “I had suggested a show where you would imagine that Chrissy Snow and Jack Tripper eventually got married and they had a child and the child was Jason Ritter,” she said. Alas, John’s son Jason was apparently not into it. “I had suggested this to Jason’s people,” she continued, per ET, “… and that the show would be me and Jason, but that John would appear as a hologram because it’d be like he was back and alive, but Jason doesn’t want to do anything reminiscent of what his father did.” That turned out to be the end of Suzanne’s “Three’s Company” reboot dreams. So that kind of went out of the way. That was the last time I got kinda turned on by thinking about doing a series again,” she explained. But couldn’t another actor could still pitch in as the would-be son she and Jack shared? Not in Suzanne’s mind. “The marketing is so much better,” she told the host. “Suzanne Somers and John Ritter’s son, Jason! And I guess that’s what he didn’t want, but that’s a marketer’s dream. Suzanne Somers and Fred Schmoe is not a marketer’s dream, you know what I mean?” 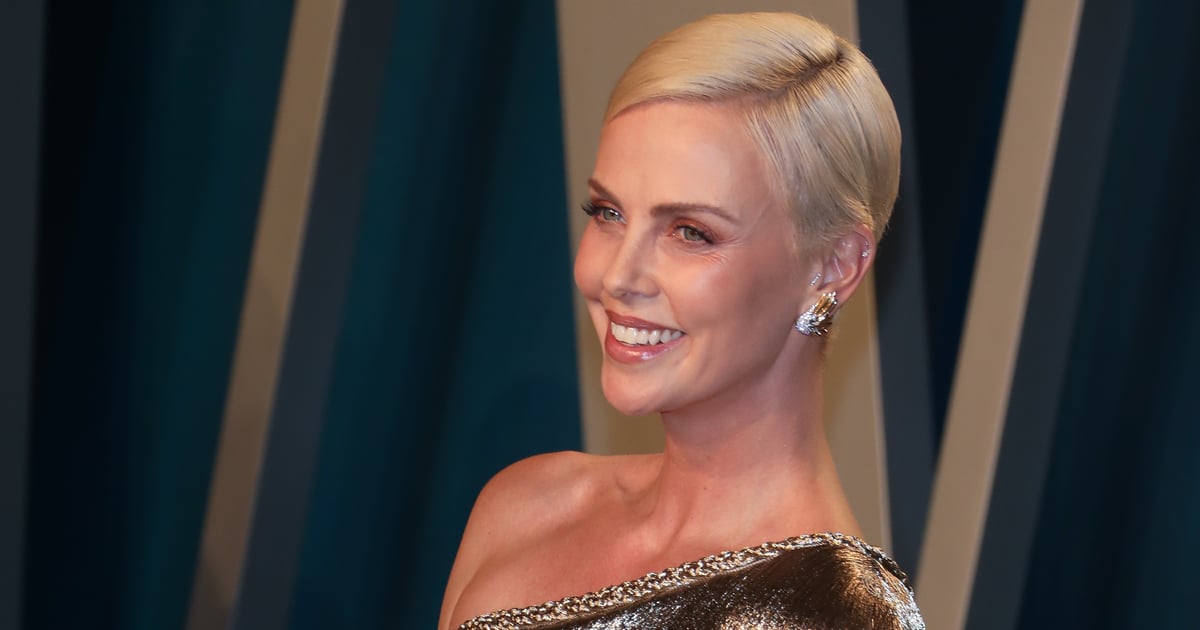 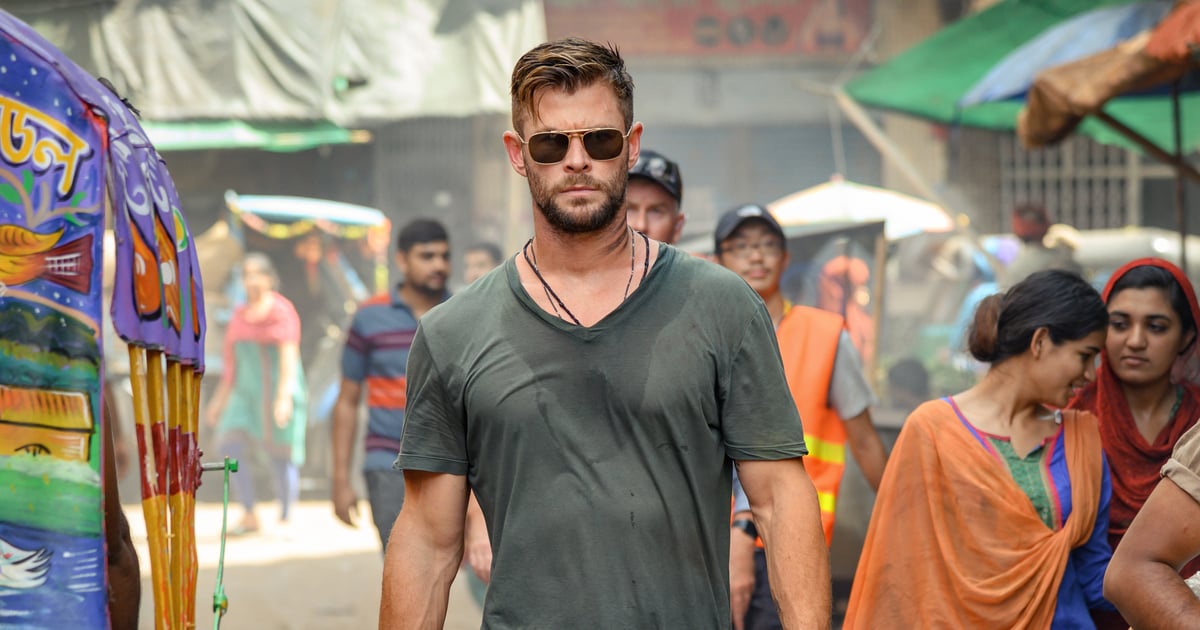 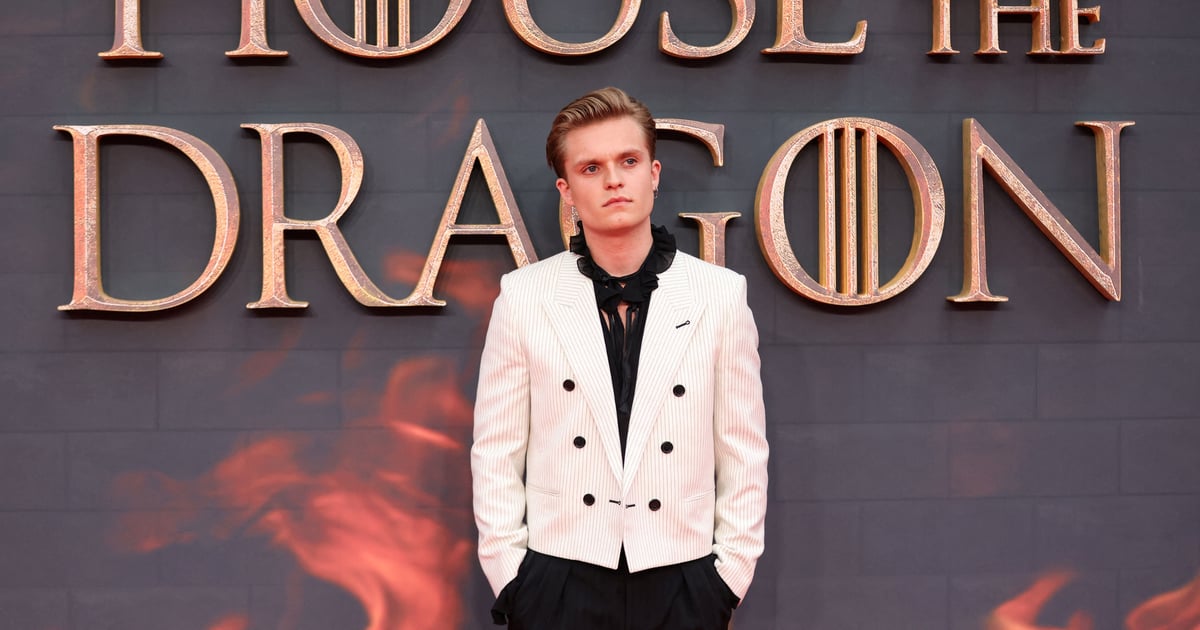 House of the Dragon: Who Is Aegon Targaryen?