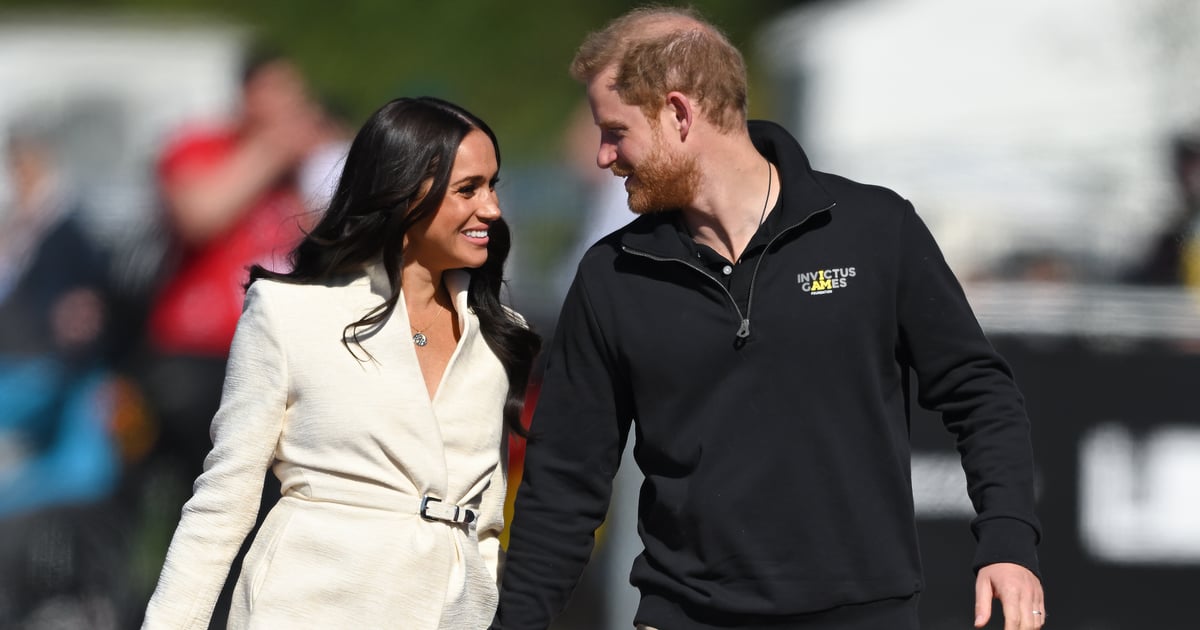 Prince Harry and Meghan Markle are spending their Easter cheering on athletes at day two of the Invictus Games. After officially opening the ceremony on Saturday night, the Duke and Duchess of Sussex had an early start on Sunday as they joined fans on the sidelines to watch a track race and volleyball match. Throughout the day, the couple seemingly took every opportunity they could to interact with the participants and their families — including taking time out to greet an athlete’s adorable dog, as reported by People.

After two years of pandemic-related delays, Harry and Markle finally kicked off the Invictus Games in The Hague on Saturday evening. Markle opened the night by thanking everyone for making the Invictus Games such a success and for the warm welcome she and her husband have received from the Netherlands. “For each team, my husband and I both recognize it’s been a lot to get here, both physically and emotionally, not least of which for the Ukraine team, whom we are all standing with,” she said, as reported by People. “One thing I know for sure is that every single moment it has taken to get here will be worth it, because it is here, at the Invictus Games, that we honor your years of active duty on the field and your continued service to your country, to your family and your community off the field.”

After Markle’s speech, it was Harry’s turn to share his opening remarks — but not before he kissed his wife. He used his speech to praise the men and women who take part in the games. “To be role models, or the role models that each of you are, takes strength and it takes courage,” he said.

Earlier on Saturday, the Duke and Duchess watched the Jaguar Land Rover Driving Challenge and even took part in the fun by riding in a pair of mini Rovers with two adorable children. Harry got even more involved when he joined one of the drivers on the course. Later on, he and Markle watched in amazement as the drivers showed off their skills.

Ahead of Saturday’s kickoff, the couple attended a welcome reception for the teams and their friends and families on Friday. Markle looked stunning in an all-white Valentino ensemble, while Harry sported his signature suit. According to People, a spokesperson for the Duke and Duchess of Sussex confirmed Markle’s attendance for the first several days of the international sports competition — which Harry founded in 2014 to honor wounded service members and veterans.

The Invictus Games will take place from April 16 to April 22. Prior to landing in the Netherlands, the couple made a stop at Windsor Castle to visit Queen Elizabeth II. Their reunion marked the first time all three have gotten together since the duke and duchess stepped down as senior royals and had their bombshell interview with Oprah Winfrey in 2021.

The Invictus Games hold special significance for Harry and Markle. The couple first met in May 2016 when Harry was launching the 2017 event in Toronto. At the time, Markle was filming her show “Suits.” A year later, they made their first public appearance together at the sports competition. Two months after the games, Harry and Markle announced their engagement to the world, and we’ve been swooning over the two ever since.

Recently, they have been busy with a multitude of projects. In March, Markle teased the launch of her upcoming podcast series, “Archetypes,” which will tackle the common stereotypes women often battle in pop culture and the media. Though Markle hasn’t set a date for it yet, the podcast — which is the first to come from the couple’s Archewell Audio studio — is expected to premiere this summer.

In response to the ongoing Russian invasion of Ukraine, Harry and Markle donated to a number of Ukrainian organizations to show their support. “All of us at Archewell have been inspired by the work these organizations have taken on — and also by the stories from those on the frontlines,” the couple said in a joint statement via their organization’s website. They added that they’ve been working with the Invictus Games Foundation “daily” to help how they can and encouraged others to “take action to help the people of Ukraine.”

Cardi B and Offset Discuss Blended Family For Essence Cover

In a First, Wind Generation Tops Coal and Nuclear Power for a Day