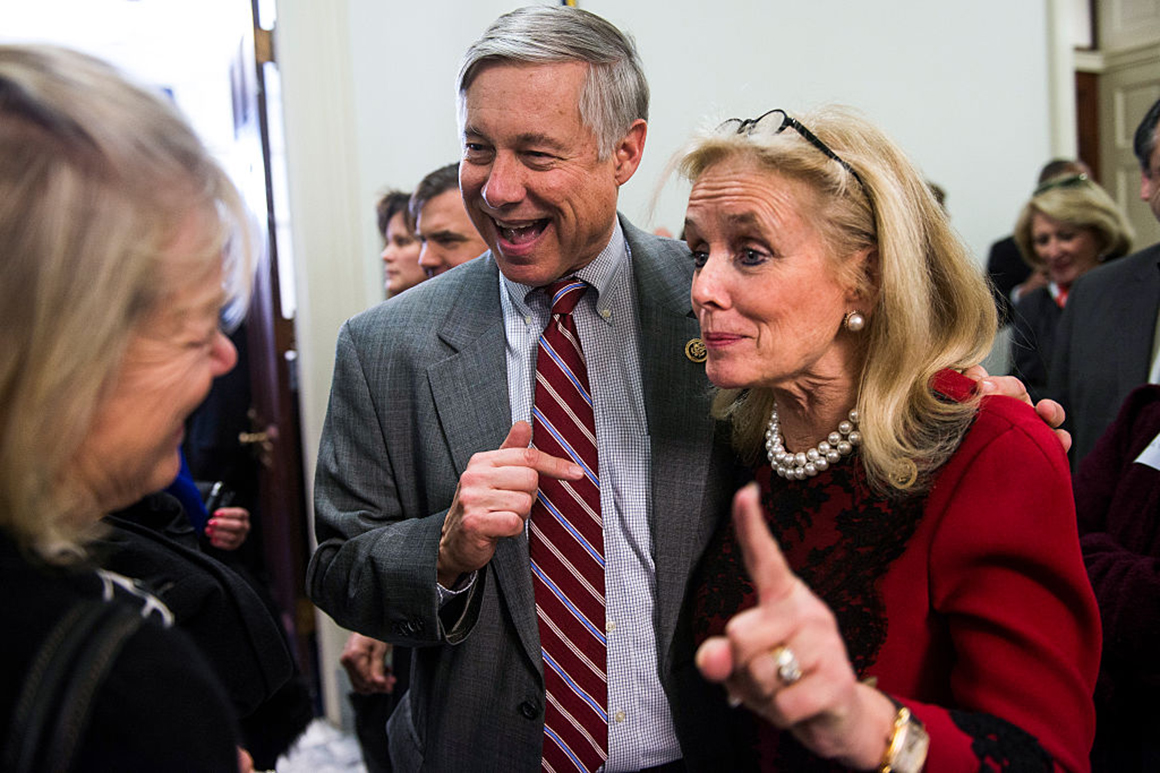 But both lawmakers, who are close friends, noted that the current situation, in and out of Washington, is quite ugly.

“The tone gets, you know, tougher and tougher. It is a pretty toxic place. I’ve never seen anything like this before,” said Upton, who was first elected in 1986. He lamented that some Republican members of Congress seem intent on whitewashing the “real and shocking” events of Jan. 6 at the Capitol.

Dingell came to Congress in 2015, following in the footsteps of her father and grandfather. She found herself as the target of former President Donald Trump’s ire, leading to vicious messages from his supporters.

“Once you’re in that Trump hate tunnel, you kind of don’t escape it,” she said, adding that she received “several” hateful voicemails per week.

Both saw a role model for better behavior in Washington in former Senate Majority Leader Bob Dole, who died earlier in December at the age of 98. Upton said he had worked in Dole’s office, and Dingell noted that Dole and her father, John Dingell, were World War II veterans who cooperated on various issues during their long years in Congress.

“He had wonderful relationships with either Republicans or Democrats sitting down at the White House, or certainly with his colleagues in both the House and the Senate,” Upton said of Dole.

JoJo Is Engaged to Dexter Darden