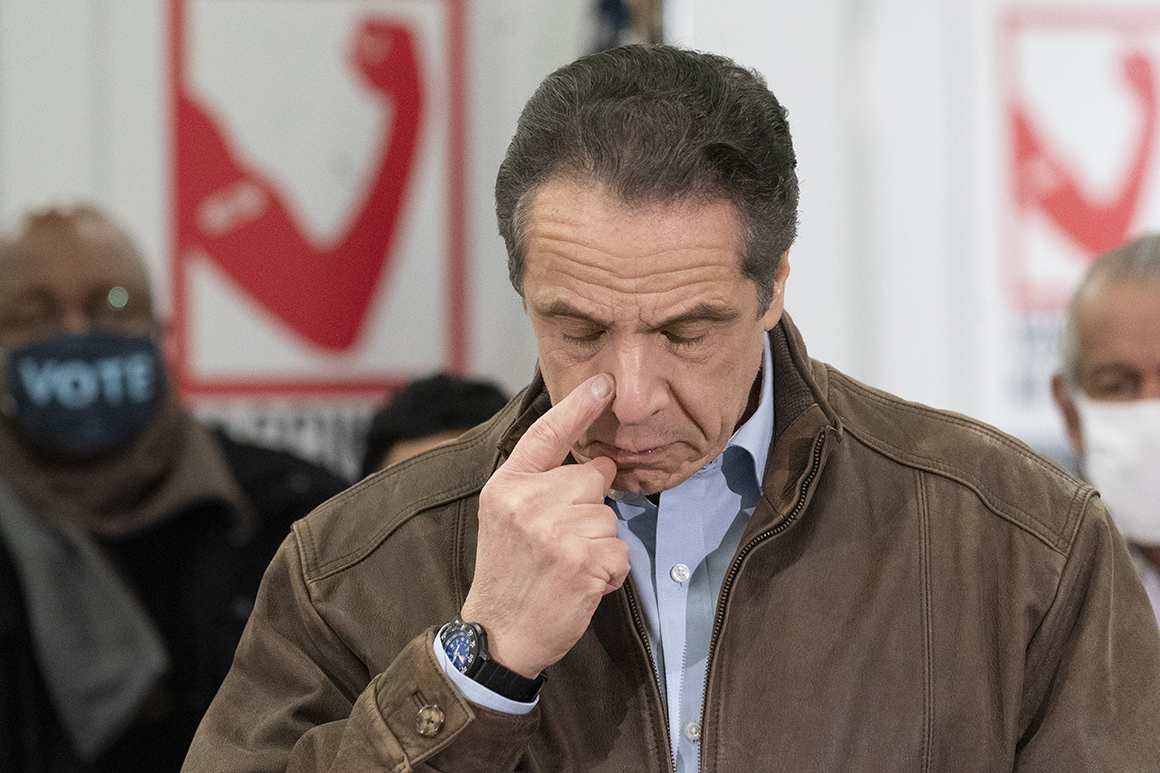 “For those who are still working with the governor, they need to feel confident that if they come forward nothing will happen to them in the workplace,” Katz said “And for those women, they may choose to go straight to the investigators rather than coming forward publicly, but it’s a very personal choice and people are quite scared of” Cuomo.

Bennett, a former Cuomo aide, told The New York Times last month that the governor had harassed her, and further detailed those allegations in a televised interview with CBS. She is one of at least six women who in the past three weeks have accused Cuomo of acting inappropriately.

On Monday, Bennett met virtually with state investigators for more than four hours to speak about her experience with the governor and provide new information related to their investigation.

“One piece of new information that came to light today was the Governor’s preoccupation with his hand size and what the large size of his hands indicated to Charlotte and other members of his staff,” Katz said in a statement on Monday.

Bennett also provided more than 120 pages of records and other documentation to back up her claims, including contemporaneous text messages between Bennett and her friends, as well as with her parents, Katz told CNN.

Katz said that she believed the investigation was still in its “early stages,” and that she expected investigators would keep encouraging others to come forward. She added that there were “clear patterns” and “clear abuses of powers” in the allegations that have surfaced against Cuomo.

Although Bennett was scared to speak out, she is now “feeling validated” after other women have come forward, Katz said, calling this “an empowering experience” for her client.

Cuomo has said he never touched anyone inappropriately and has said he will cooperate with an investigation by the state attorney general. A state Assembly committee is also conducting its own investigation as the first step in an impeachment process.

Katz said on Tuesday that Bennett had not been contacted about the impeachment investigation but was willing to cooperate.

Cuomo has refused to step down from his post, even as legislators and top New York Democrats, including the state’s two senators, have called on him to resign. President Joe Biden and other top lawmakers, such as House Speaker Nancy Pelosi, have not joined such calls and said they wanted to see the results of the investigation first.

Biden meets with bipartisan group of senators to discuss Ukraine