The 2021 New Orleans Jazz Fest and Heritage Festival has been canceled as a result of the ongoing COVID-19 pandemic.

In a press release announcing the decision, festival organizer cited “current exponential growth of new COVID cases in New Orleans and the region and the ongoing public health emergency,” as their reason for pulling the plug.

The Rolling Stones, Dead and Company, Stevie Nicks, Foo Fighters, the Black Crowes, the Beach Boys and Elvis Costello were among the more than 70 artists scheduled to perform at the event.

The New Orleans Jazz Fest has traditionally been held in the spring, but was pushed back to the fall in 2021 out of an abundance of caution surrounding COVID-19. The fest did not take place in 2020 as a result of the pandemic, marking the first time it had been canceled in the event’s 50 year history. Jazz Fest 2022 is currently slated to take place April 29-May 8.

“Ticketholders for both Festival weekends (including those that rolled over their tickets from 2020) will receive an email this week with details about the ticket refund and rollover process,” the press release stated. “In the meantime, we urge everyone to follow the guidelines and protocols put forth by public health officials, so that we can all soon experience together the joy that is Jazz Fest.”

Here are more 2021 tours which have been postponed or canceled as a result of the pandemic.

Lynyrd Skynyrd
Southern rockers Lynyrd Skynyrd canceled four August tour dates after guitarist Rickey Medlocke tested positive for COVID-19. “Rickey is home resting and responding well to treatment,” the band noted in a message posted to fans. The group is scheduled to resume its tour on Aug. 19 in Canandaigua, N.Y.

Tesla
On Aug. 8, Tesla announced that they were postponing “their next few engagements due to members of the touring party contracting COVID.” Though specific concerts were not initially mentioned, scheduled performances in Sturgis, S.D. (Aug 9th) and Harris, Mich. (August 11 and 12) no longer appeared on their tour itinerary.

REO Speedwagon
A positive test within the REO Speedwagon camp led to the band’s cancellation of concerts on Aug. 4 in Sandpoint, Idaho and Aug. 5 in Sturgis, S.D. “Fortunately, everyone was vaccinated, and all are feeling fine despite the positive tests,” the group noted via statement. “Once everyone affected observes the recommended quarantine and tests negative, we’ll be back on the road again!” In a separate message, frontman Kevin Cronin revealed that he was suffering from “reduced, yet uncomfortable symptoms of Covid-19.”

Bachman Cummings
On Aug. 5, former Guess Who bandmates Randy Bachman and Burton Cummings announced they were canceling the U.S. leg of their Together Again tour. The duo expressed their “love and appreciation to all of the fans that were planning to come to these shows” while adding that they “cannot wait to see you all again when things are more predictable in terms of travel in and out of Canada.”

James Taylor and Bonnie Raitt
James Taylor and Bonnie Raitt were scheduled to tour Canada together, but had to cancel the trek due to “COVID-19 challenges and restrictions.” ““This is the second time Bonnie and I have had to postpone our Canadian tour, the first time in April ‘20 at the beginning of Covid and now again for the rescheduling of that tour this September,” Taylor noted in his message to fans. The soft-rocker previously postponed his U.S. tour alongside Jackson Browne, originally planned for 2020, then rescheduled for spring of 2021, before finally kicking off on July 29.

Hella Mega Tour
The Hella Mega Tour – featuring Green Day, Weezer and Fall Out Boy – lost a third of its headliners when the latter act had to pull out of performances in New York, Boston and Washington D.C. due to a positive COVID test within their touring team. “It’s important to note that everyone on the entire tour, both band and crew, are fully vaccinated,” Fall Out Boy explained. “Each band and their crew have operated in a bubble independently to safeguard everyone as much as possible at each show and in between shows.”

Limp Bizkit
In a statement released Aug. 7, Limp Bizkit announced that they were canceling the remaineder of their summer tour dates “out of an abundance of caution and concern for the safety of the band, crew and most of all the fans.” The group later denier rumors that guitarist Wes Borland had gotten COVID.

Counting Crows
“Unfortunately there has been a confirmed COVID case within the Counting Crows touring party,” noted a message from the group posted Aug. 8. The band immediately postponed two shows as a result.

Foo Fighters
Foo Fighters were forced to postpone a Los Angeles performance originally planned for July 17 after a “confirmed COVID-19 case within the Foo Fighters organization.” The gig has since been rescheduled for Aug. 26.

The Propaganda War Intensifies in Afghanistan as the Taliban Gain Ground 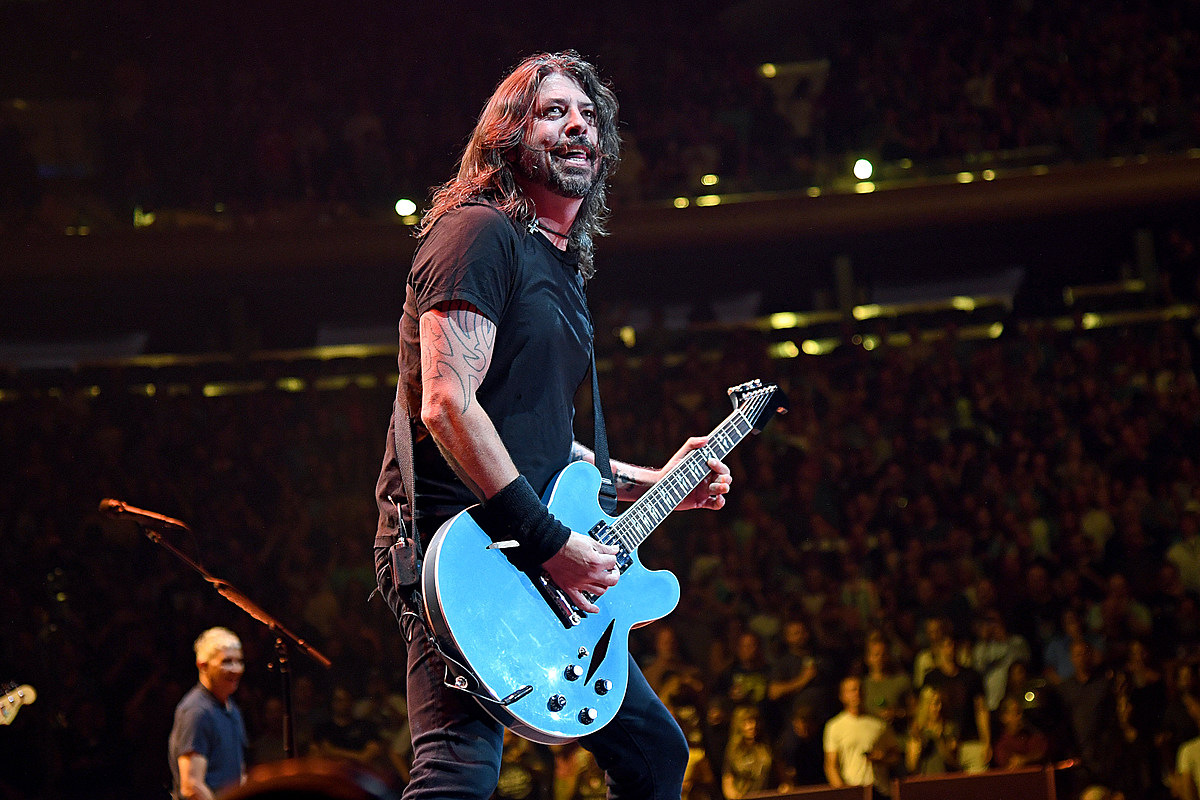