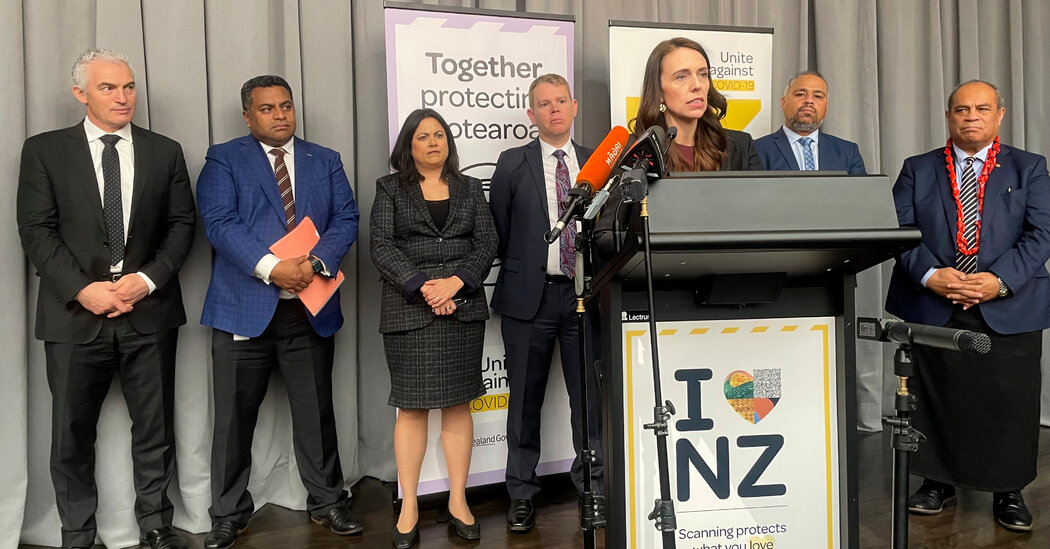 New Zealand, a global standout in its success at fighting the coronavirus, unveiled a cautious plan for reopening on Thursday, vowing to retain its goal of zero coronavirus cases even as it begins to unseal its borders.

Prime Minister Jacinda Ardern said New Zealand’s border restrictions would ease starting early next year, allowing vaccinated travelers from low-risk countries to enter without having to quarantine. The country’s borders have been closed to almost all foreign travelers since March 2020.

In a new program beginning in October, vaccinated New Zealanders returning to the country may also be able to self-isolate at home and skip the 14-day hotel quarantine that is currently required.

Ms. Ardern warned, however, that the country’s borders would not return to their pre-pandemic norm, when passengers did not face vaccination or testing requirements.

“Just like after 9/11, the border will never be the same after Covid,” she said. “Things can change, but that doesn’t mean we can’t adapt to them in a way that eventually feels normal again.”

New Zealand, a geographically isolated country with a population of about five million people, has been a rare success story during the pandemic, reporting just 2,905 cases and 26 deaths from the virus, according to a New York Times database.

In addition to closing its borders early, New Zealand implemented one of the world’s strictest lockdowns, allowing it to limit the virus’s spread. It has since removed almost all restrictions, responding to rare outbreaks with stringent, localized lockdowns and highly sophisticated contact tracing.

The country’s tough approach has put it at odds with many of its closest allies, which have suffered a far more serious toll during the pandemic. Australia, which until recently was pursuing a comparable “Covid-zero” strategy, is now battling surging cases of the Delta variant, prompting New Zealand to suspend quarantine-free travel between the two countries indefinitely.

“If we give up our elimination approach too soon there is no going back,” Ms. Ardern said at a news conference. “We could see significant breakouts here like some countries overseas are experiencing who have opened up early in their vaccination rollout.”

New Zealand itself is relatively early in its vaccination campaign, which is using only the Pfizer-BioNTech vaccine and has lagged behind those of other wealthy nations. About 29 percent of adults have received at least the first dose of the vaccine, while 17 percent are fully vaccinated. The country intends to accelerate its rollout in the coming weeks, with all residents over the age of 16 allowed to book appointments starting Sept. 1.

Bruce Dickinson Tests Positive for COVID Despite Being Vaccinated