On Feb. 3’s “Nick Cannon Show,” the host and soon-to-be father of eight opened by apologizing to “the mothers of all my children” for the way he announced the upcoming birth of another child. “I would like to address the comments I made on Monday’s show,” Nick said. He went on to explain his desire to “apologize properly” for discussing the recent death of his 5-month-old son with Alyssa Scott while revealing he and another woman, Bre Tiesi, are expecting. “I wish to always protect and respect the privacy of the mothers of all my children,” Nick continued. “I didn’t know what to say, so I was probably talking too fast and probably misspoke. And I know I can do better when dealing with delicate and sensitive discussions. So I promise you, I promise the mothers of my children, I promise my family that I would do better and continue to be more understanding, caring, compassionate, like they often show me each and every day.” Nick went on to say, “It felt like I was probably making some comparatives or probably discussing when talking about the passing of my son, Zen, and then also talking about the new child that I’m expecting. I didn’t have to do that. I didn’t need to do that, because those are two completely separate moments in my life and they both deserve the respect.” He said he’s “still grieving each and every day” for Zen, telling the audience, “I love [Alyssa], and I love my son, Zen, and always will.” In closing, Nick added, “I sincerely apologize to everyone involved for any extra pain or confusion that I may have caused.” In addition to Zen and his baby-to-be with Bre, Nick shares twins Monroe and Moroccan with Mariah Carey; son “Sagon” and daughter Powerful Queen with Brittany Bell; and Zion and Zillion with Abby De La Rosa. The kids range in age from 10 years to just a few months old.

As far as we know, Feb. 14 will mark the first Valentine’s Day since Jennifer Lopez and Ben Affleck rekindled their love after splitting in 2004. And according to Jen, Ben’s in for a special “surprise.” The “Marry Me” star stopped by “Live With Kelly and Ryan” on Feb. 3, where Kelly Ripa and Ryan Seacrest asked J.Lo about her plans for the Super Bowl on Feb. 13. “I’m gonna watch. I think we might go to the game,” she said, adding that she meant she might go with her “inner circle.” From there, Ryan teased the star, asking, “What about the inner circle the next day, Valentine’s Day? Who’s in that one?” Smiling, Jen replied, “That’s a very small circle. Super-small circle. Just the two of us.” Kelly and Ryan didn’t squeeze much out about the couple’s exact V-Day itinerary, but Jen did reveal she has something in mind for her on-again beau. “We have plans but, you know, I’m not gonna share it with you right now!” she said. “I have a surprise. I think we’ll surprise each other with something, for sure.” When Kelly pressed on, asking, “But you’re romantic, right?” Jen replied, “Very,” and moved on. It was the second time that day Jen spoke publicly about Ben — and the second time she stuck to her guns on maintaining some privacy around their relationship. Earlier, on “Today,” after Hoda Kotb asked multiple questions about the romance, then held up Jen’s People magazine cover. The singer quickly noticed Hoda was covering up a corner of the cover that featured a pic of Hoda and her recent ex, Joel Schiffman. “You don’t want to talk about your personal stuff? Is that what it is, Hoda?” J.Lo asked. Hoda eventually recovered from the awkward moment by responding, “Touche.”

Federal prosecutors in New York City have brought charges against four men in connection with the overdose death of “The Wire” star Michael K. Williams, the Associated Press reported on Feb. 3. The 54-year-old actor, who played Omar Little on the show, was found dead in his home in Brooklyn on Sept. 6, hours after he purchased what turned out to be fentanyl-laced heroin that killed him. The deal was recorded by a security camera, according to the AP, and prosecutors have now revealed the suspects were already under surveillance when Michael bought their drugs. Days before the actor’s death, a paid NYPD informant reportedly bought laced heroin from the group on the same block where Michael purchased his. Authorities say the men who have been charged continued to sell laced drugs even after Michael’s highly publicized death. The suspects include Irvin Cartagena, who handed Michael the bag and faces charges of “directly causing” the star’s death; plus Hector Robles, Luis Cruz, and Carlos Macci. “[Overdoses deaths are] a public health crisis,” said U.S. Attorney Damian Williams while announcing the charges with New York City Police Commissioner Keechant Sewell, per the AP. “And it has to stop. Deadly opioids like fentanyl and heroin don’t care about who you are or what you’ve accomplished. They just feed addiction and lead to tragedy.” The suspects charged with the drug conspiracy could face up to 40 years behind bars. The man who allegedly handed Michael the drugs could face life in prison if found guilty, according to the report. Michael had previously been open about his struggles with addiction.

Kanye West celebrated new girlfriend Julia Fox’s 32nd trip around the sun with a night out in New York City and plenty of gifts — for both Julia and the birthday girl’s friends. According to TMZ, Ye took the actress and her crew to Lucien, where he gave her presents including some new bling, among other items. The rapper also reportedly gave everyone in the group a Baby Birkin in honor of Julia’s big day. Later that evening the new lovebirds stopped by Sei Less, where they reportedly chatted with Dave Chapelle while Ye played some of his new music from “Donda 2.” “Kanye wanted to make it special for Julia,” a source told People of the outing. “He arranged for an extravagant birthday celebration. He showered Julia with gifts and even gifted her friends. Everyone had a great time. Kanye was happy. Julia was ecstatic.” Kanye was first linked romantically with the “Uncut Gems” actress about a month ago.

Selena Gomez has spent much of her 29 years on camera. She’s also struggled with anxiety and other mental health issues that are common side effects of lupus, the autoimmune condition she was diagnosed with years ago. The combination of experiences gives the singer, actress and producer a unique perspective on the intersection of mental health and beauty, especially for women. That’s why Selena launched new Rare Beauty line alongside her Rare Impact Foundation, which aims to raise $100 million in the next decade to support expanding access to mental health. She’s also learned a few lessons along the way about keeping her own self-image positive and keeping her anxiety and self-esteem issues in check. “Being in the public eye from such an early age certainly comes with a lot of pressure. It’s hard to feel comfortable when you feel like everyone is watching, judging, and commenting on the way you look,” Selena recently told Glamour UK. “Self-confidence is still something I work on daily, but when I stopped trying to conform to society’s unrealistic standards of beauty, my perspective entirely shifted.” Asked if she felt “pressure to attain” an even more intense level of Hollywood beauty standards, Selena said she’s “always felt” she pressure to “be perfect or look a certain way,” but she now sees things a bit differently. “It took me a long time to realize that I only wanted to be myself – that what made me unique was also what made me beautiful,” she explains. “I’m a big advocate for therapy,” Selena adds when asked how she keeps a handle on self-confidence and anxiety. “I also love to keep sticky notes around my house with positive affirmations.” One of her faves? “I am enough,” Selena says.

Fair warning to fans of “The Masked Singer” on the mini-spoiler ahead … While filming the first episode of the Fox show’s seventh season, judges Ken Jeong and Robin Thicke walked offstage “in protest” when Donald Trump’s longtime legal associate Rudy Giuliani was unveiled as one of the singers, Deadline reported this week. Best known as a longtime legal adviser to Donald Trump, Rudy was reportedly investigated by the feds for various forms of alleged racketeering and corruption in 2019. Last year, his license to practice law was suspended in New York State and the District of Columbia following his efforts to overturn the results of the presidential election by promoting debunked theories about illegal voting, according to Wikipedia. Deadline reports Ken and Robin eventually returned to the stage. As of Feb. 3, neither had addressed the claim, presumably because the episode doesn’t air until March. The new season’s theme is “The Good, The Bad and The Cuddly,” according to Deadline.

Miranda Lambert and her husband, former New York City Police Department officer Brendan McLoughlin, celebrated their third wedding anniversary last week with a romantic beach trip. “Spent a few days in the sun with my sunshine. ☀️❤️ #3years💍,” Miranda captioned a gallery of pics from their trip. A few photos show Miranda, 38, on the beach and snuggling up inside with her guy, 30. In another pic, Brendan shows off his chiseled beach bod. The singer also included a photo in which she’s enjoying what looms like a glass of wine on a patio in a breezy, pink dress. The sweet update comes after Brendan’s loving birthday post for Miranda in November. “This world became such a better place with you in it,” he wrote at the time. “You are a light for those in the dark, a voice for the ones who can’t be heard and most important of all, you’re the most amazing wife day in and day out. I hope today brings you as much joy as you bring to me daily.” Miranda and Brendan tied the knot in a secret ceremony in 2019.

On “Euphoria,” actress and model Barbie Ferreira plays Kat Hernandez, a teen who’s grappling with toxic levels of body positivity and the seemingly constant advice that she must love herself and her body. Barbie, 25, gets where Kat’s coming from. “I think bigger bodies are not as ‘trendy’ as they used to be, which is really sad to me,” she tells WhoWhatWear in a new feature. “But it’s more of a conversation of the fact that we all struggle with self-love, and I don’t think any young person has really figured it out yet.” Meanwhile, she says it’s often assumed that she’s “this person who ‘loves themselves,'” because of her size. “It’s so funny that people just assume that. What — did I say that? I never said that. You guys just say that. You posted that on me,” she explains. Later, she points out that comments about clothing folks expect to see only on people who are slimmer simply come across like “back-handed compliments.” As for “Euphoria,” Barbie says she channeled some of the emotions that surfaced for her “because of the pandemic” into her character, and it helped. But she’s still frustrated by how limited in scope the fashion world is, and says she could “teach a seminar” on how to deal with the challenges of shopping for bigger bodies. “I have all the resources in the world to get something that fits, and it’s still extremely difficult,” she says. “So I feel for everyone who’s still trying to find things that fit them.”

NHTSA Moves Closer to Having First Administrator Since 2017

In memory of Heath Ledger, who died 15 years ago today, take a look at the most nostalgia-inducing photos of the actor from his career | Gallery

Lisa Marie Presley’s funeral: See the stars (and royalty!) who performed or spoke at her Graceland memorial service | Gallery 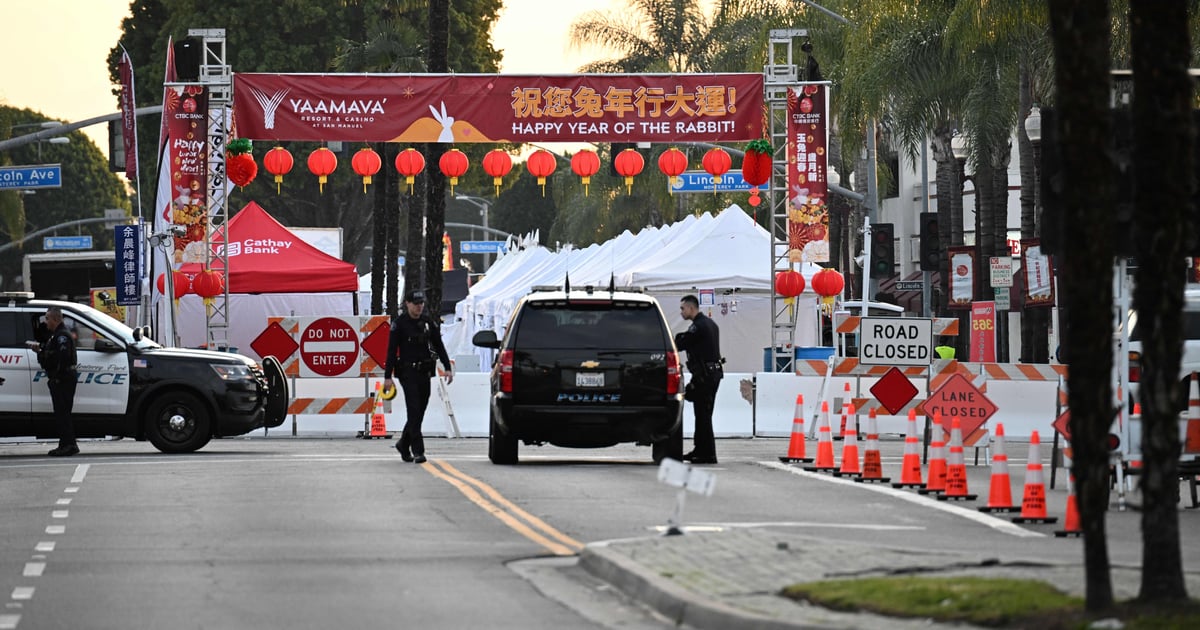 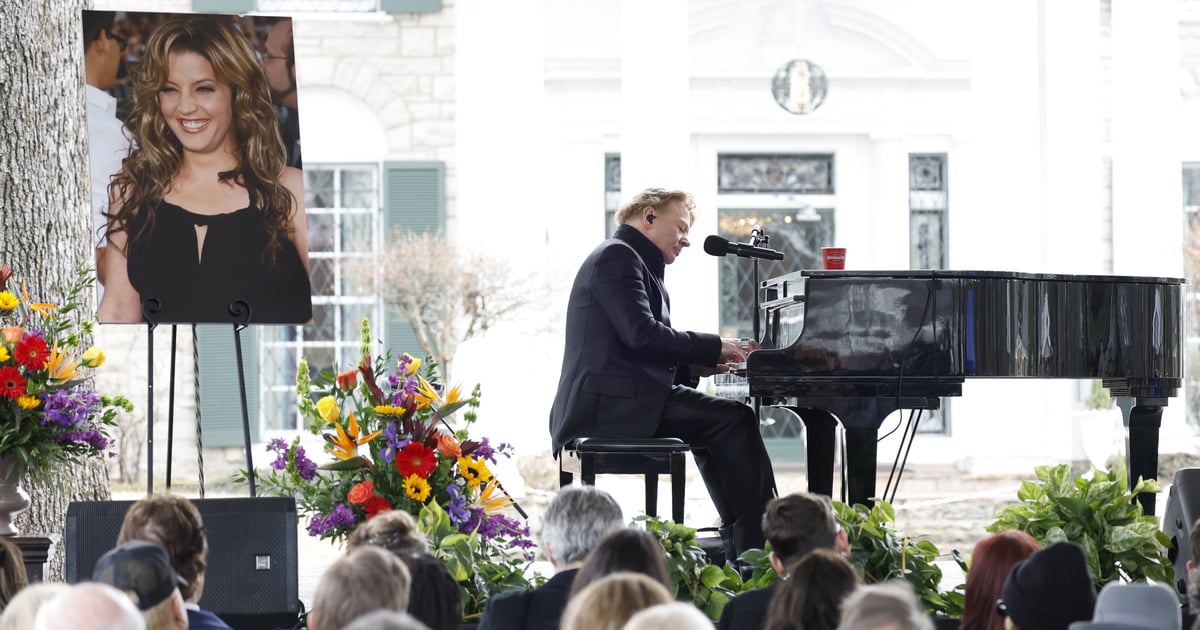