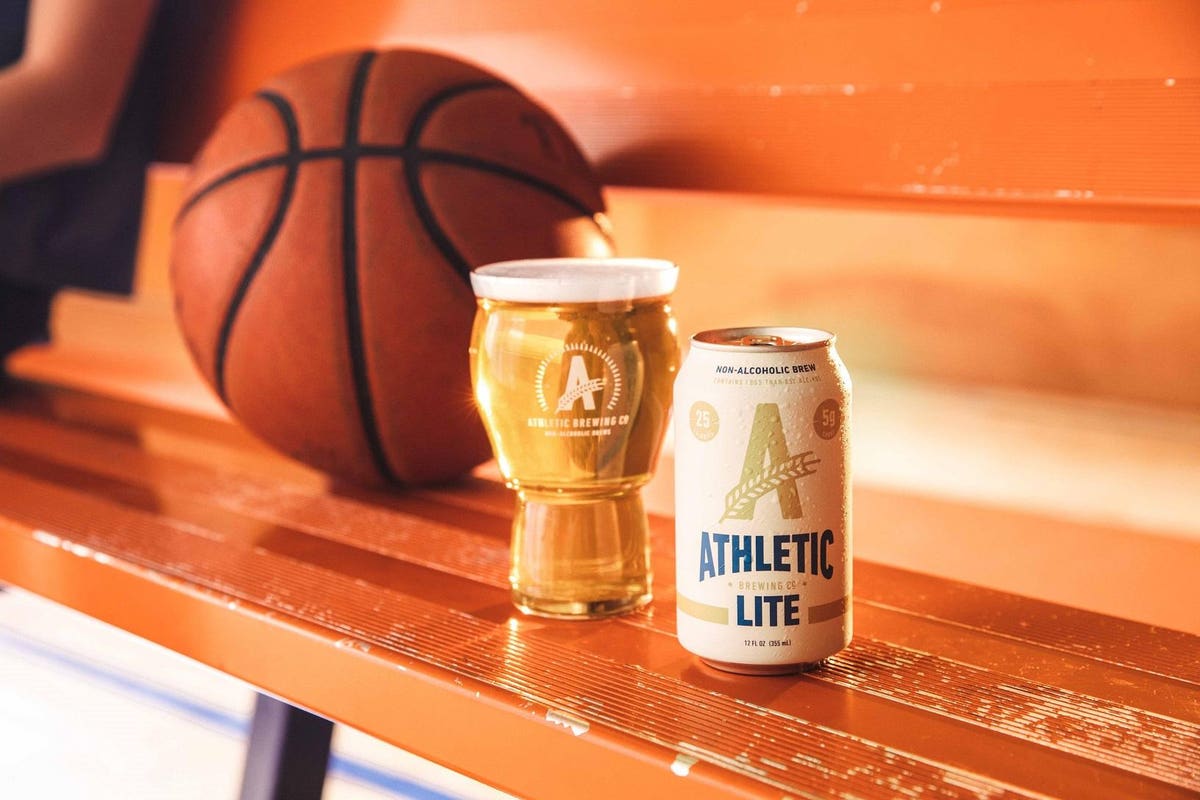 Athletic Brewing, a leader in the non-alcoholic beer space, is rolling out a light beer — crisp. quaffable, and light at just 25 calories and 5 carbs (plus zero hangover, as the brand declares).

The non-alcoholic iteration is set to compete with its higher-proof counterparts, namely, the Michelob Ultra, Bud Light, Miller, and Coors Light of the industry.

While the product seems a natural progression for the brand’s portfolio, it’s an entirely new product in the non-alcoholic space. There are no-proof IPAs, and booze-free sours, but the NA space is devoid of low-cal, lesser-carb options.

“The craft beer world — not to mention the non-alcoholic craft beer world — is such a relatively small part of the beer world,” says Athletic co-founder Bill Shufelt. “We want to reach the enormous landscape of macro light beer drinkers with a really high-quality product.”

But crafting a high-flavor, light-touch beer had its trials – the beer spent 18 months coming to fruition. “We needed to capture the classic flavors, the body, the aroma, and the taste of a light beer in non-alcoholic form,” says Shufelt’s co-founder John Walker.

The resulting beer is made with organic grains, rice, and classic German hops, “so we get those bright, floral, kind of spicy characteristics of an American lager,” continues Walker. “It took probably 50, 60 iterations of the same blend before we were happy with it, and before we learned to scale it upwards.”

Athletic Lite’s launch will be bolstered by an omni-channel media campaign, thanks to a media deal with CBS sports in key markets. It’s the first major non-alcoholic beer campaign of its kind.

SportsCenter’s Scott Van Pelt will tout the appeal of the light beer in the ads, with March Madness players complementing the campaign on social media.

“It’s going to introduce a lot of new people to the category in a really approachable format,” says Shufelt. “We’re so excited for what this beer will do as an entryway to the category.”

The launch of the new product comes after three highly successful funding rounds for the brewery. A recently-closed Series C bolstered the brewery’s production by $50 million, thanks to high-profile investors like TOMS founder Blake Mycoskie, Momofuku’s David Chang, and Lance Armstrong.

Capabilities like these have given the brewery the fuel to pursue new innovations. After Series C, Athletic opened a 150,000-barrel brewery in San Diego, the former home of Ballast Point. The facility will help the brand launch in overseas market, while the brewery’s third location is just months away.

“Building a manufacturing capacity is expensive,” says Shufelt. “That’s the big differentiating factor with Athletic. We make all our own beers in our own facilities. Beyond every step of the production process, every touchpoint – from brewing to quality control to marketing – is done by our team in our buildings.”

While Athletic’s beers are tasty regardless of proof, their success is rooted in a shift in consumer preferences.

“5, 10 years ago,” says Shufelt, “the existing non-alcoholic beer category was largely people who fell in this penalty box of folks who couldn’t drink for specific reasons; maybe they aged out of it, or maybe they had medical reasons.”

Now, non-alcoholic consumers fall under a realm of reasons, whether that’s moderation, newly-found mindfulness, or a melee of other reasons. Nielsen data cites that 66% of Gen Z and Millenials are actively reducing their alcohol intake. “That shows in our data,” says Shufelt. 80% of Athletic’s customers are under the age of 44, while half are below the age of 35.

The consumers are conscious of their habits; they’re not just abstaining — they’re folks looking to swap between alcoholic and non at a bar, or opt for a beer post-work that won’t impact their night.

“It’s a light, crisp, clean, crushable beer,” says Shufelt. “There’s so many times of the day where light beers like this make sense. As a brand, we’re trying to expand who can drink these products and at what times of the day.”

Retail reflects that. “We’ve been able to say yes to so many retailers over the last few years,” says Shufelt. “We’re seeing incredibly retail partners making big bets on their non-alcoholic space.”

Down the road, the brand is pursuing the hard seltzer market with their first carbonated, non-beer release. While the canned bubbles started as a quenching drink for brewery staff, the demand blew was strong. “There are so many parallels to the non-alcoholic beer category,” says Shufelt. “Largely, it’s part of a category of very mass, fairly boring, non-premium offerings. We wanted to offer something premium with subtle hop flavors.”

Carrie Underwood stuns in a Dolce & Gabbana minidress, plus more stars on the red carpet at the 2022 ACM Awards | Gallery 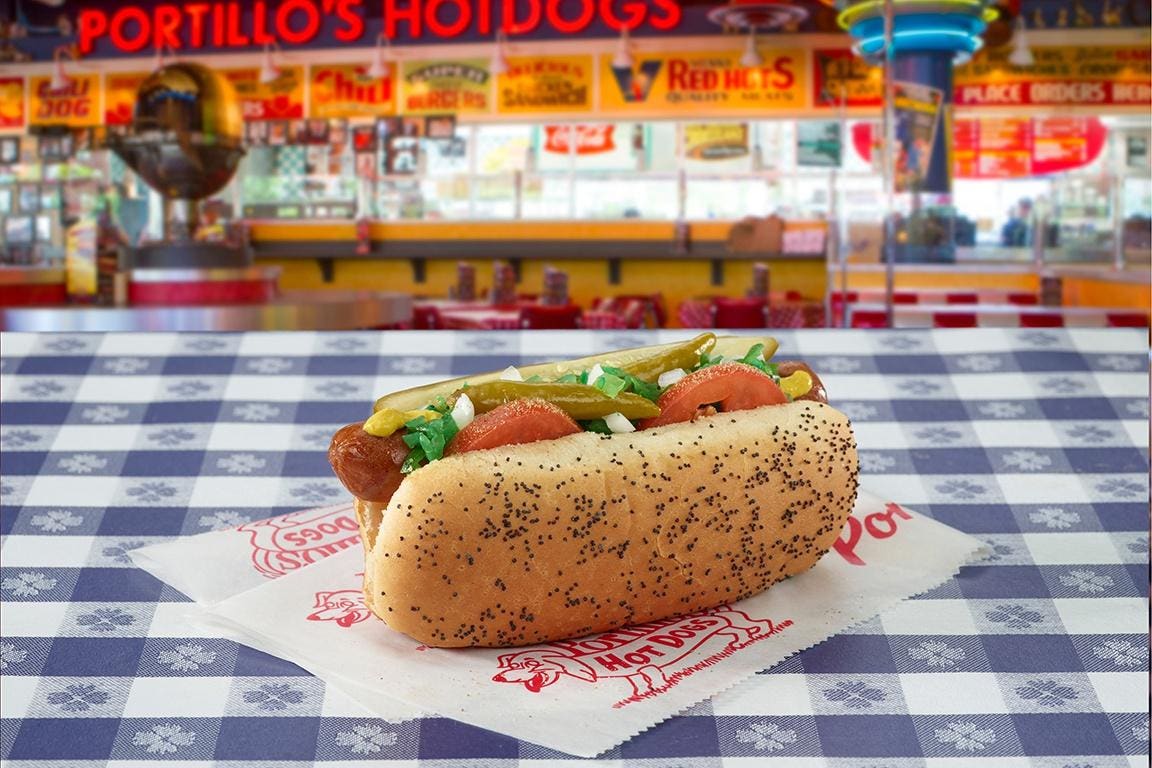 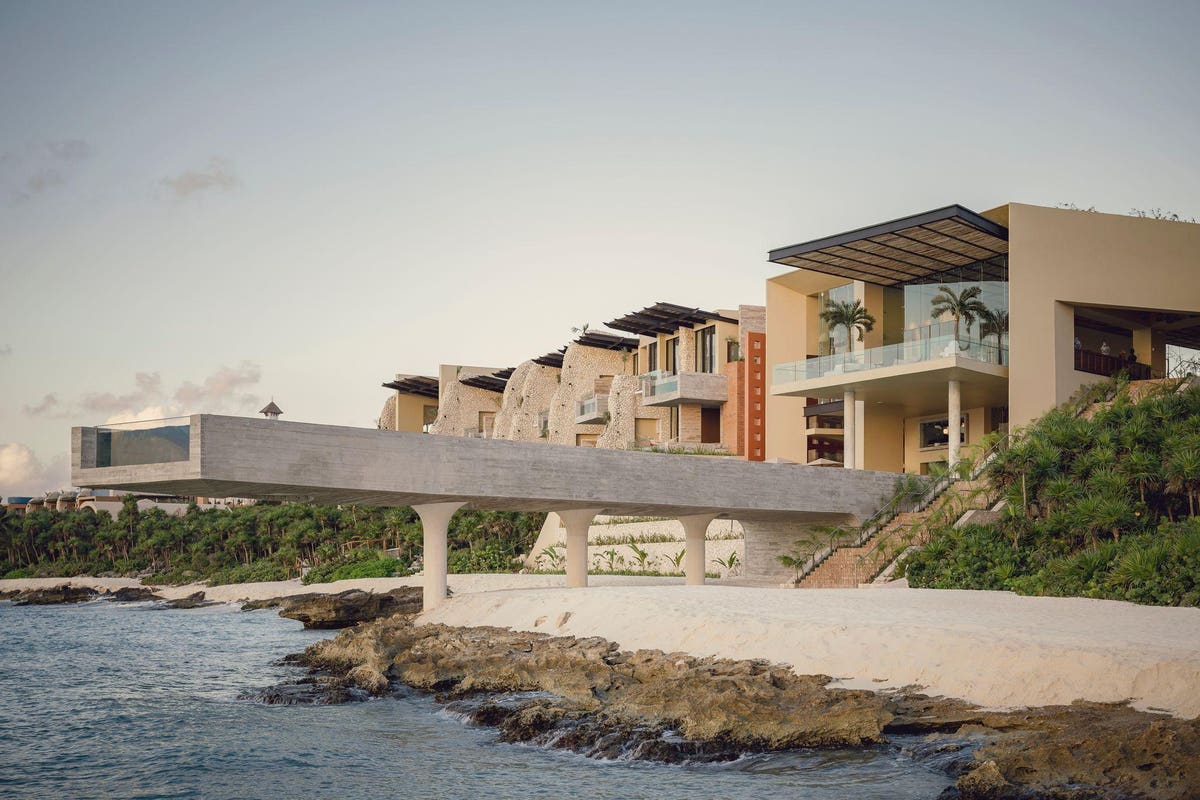