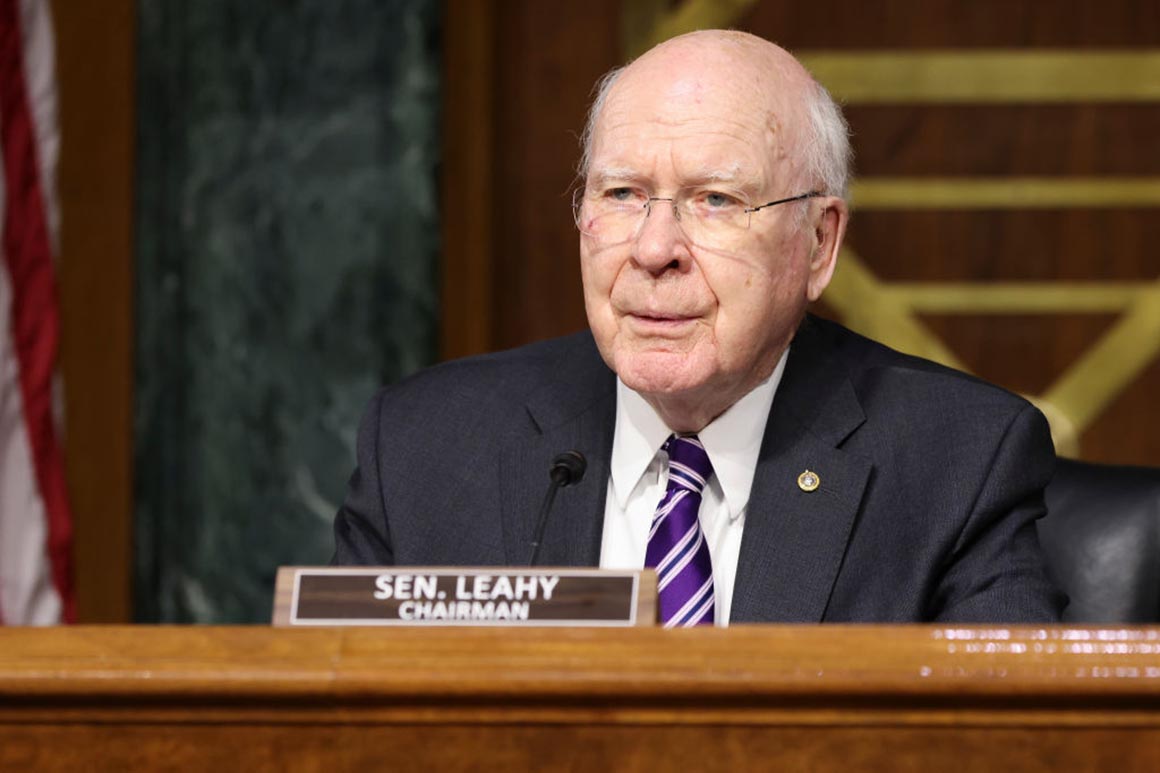 In an interview, Leahy said he hadn’t really thought about running again. He held a fundraiser this week for his reelection and raised more than $300,000 in the first quarter of the year. Leahy said he and his wife, Marcelle, typically decide by December before the election year whether he should seek another term.

“We go snowshoeing and just talk about it. Because the mistake I’ve seen since I’ve been here are people who, almost the day they come in here are, ‘oh god I’ve got to think about reelection.’ So then they’re afraid to vote for this or that,” Leahy said, criticizing Republicans for opposing an independent commission to investigate the Jan. 6 insurrection because of political concerns.

He also said state polls have him winning “easily,” and he won by nearly 30 points in 2016. It’s hard to imagine Leahy experiencing a real challenge; the state’s popular Republican governor Phil Scott told the Atlantic that he’s not interested in running for the Senate.

Of course, senators often indicate they are running again before reversing course. Already five senators, all Republican, have announced their retirement. A couple of them had made noise that they might run again before announcing their decision.

And Leahy has about a year to decide because of Vermont’s late primary.

“Patrick and Marcelle Leahy have a long-held policy of making re-election decisions a year out from the election, and that hasn’t changed. He is preparing for an election like every other senator in cycle and has retained his campaign manager and fundraiser,” said David Carle, a spokesperson for Leahy.

If Leahy did run again, he would likely keep his hold on two top jobs in the upper chamber. He’s the Senate Appropriations chair, and since Democrats don’t have term limits, he could keep the leading slot until 2029 if he seeks reelection. (The Appropriations committee is his third committee gavel; Leahy previously chaired the Judiciary and Agriculture committees, a remarkable feat.)

He would also retain the job of Senate pro tempore as long as his party has the majority, which puts him in the presidential line of succession after the House speaker and affords him a plum office on the first floor of the Capitol.

Leahy was briefly hospitalized earlier this year, sending chills up the spines of his 50-member majority. But the famous Batman-film cameo actor has been reliably serving since and is back to prowling the halls of the Capitol, taking photos of senators, staffers and even reporters. He’s the only remaining “Watergate baby,” a reference to Democratic lawmakers who first came to Congress the year that former President Richard Nixon resigned.

In interviews this week, senators said that a Leahy retirement would surprise them. They noted that the Vermonter opposed a Democratic caucus rules change last year that would have barred senators with top slots on premiere committees from choosing a subcommittee until every other member of the caucus had the chance to pick one. Democratic senators interpreted Leahy’s opposition as a sign that he wanted to stay past his term.

Leahy also has deep relationships with Senate Republicans, including Shelby, the top Republican on the Appropriations Committee.

“I always assumed he would run simply because: What else would he do that he’d like better than this?” said one GOP senator who works regularly with Leahy. “I would bet he’s running again. He’s always announced late, and why not if you can get away with it.”