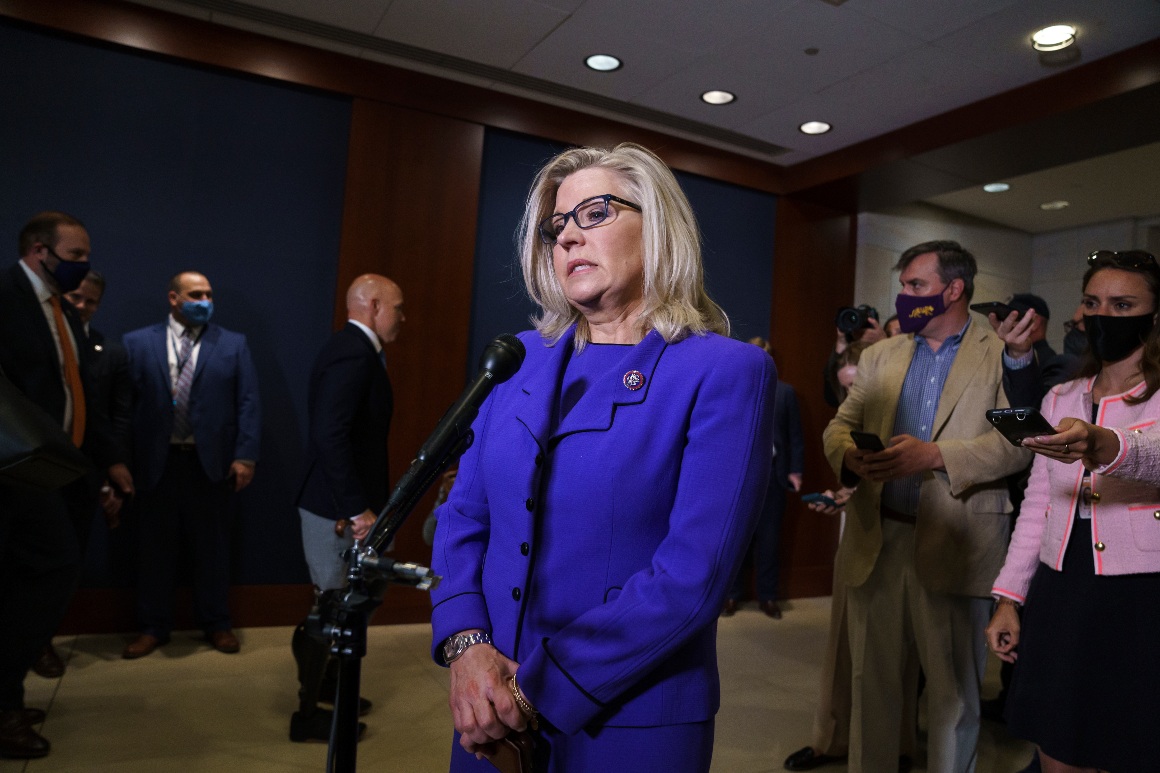 Pelosi had previously signaled that she was considering appointing a GOP member to the panel, an unexpected move for a Democratic leader that was welcomed by many in her caucus, who had worried that the panel could become overtly partisan.

House Minority Leader Kevin McCarthy is already urging his GOP conference to stay far away from the panel’s work. McCarthy has warned several members of his conference that he could strip their committee assignments if they choose to participate. Asked about McCarthy’s threat, Pelosi dismissed the question from reporters: “I’m not talking about him. Go ask him about what he says.”

Cheney did not attend the press conference but issued a statement on her appointment.

“What happened on January 6th can never happen again,” Cheney said. “Those who are responsible for the attack need to be held accountable and this select committee will fulfill that responsibility in a professional, expeditious, and non-partisan manner.”

The other Republican who voted Wednesday to create the select committee, Illinois Rep. Adam Kinzinger, dismissed McCarthy’s attempt to scare off Republicans who might accept a Pelosi offer to serve on the panel.

“Who gives a shit?” Kinzinger replied Thursday morning, confirming the warning from the California Republican.

“I do think the threat of removing committees is ironic, because you won’t go after the space lasers and white supremacist people but those who tell the truth,” Kinzinger added of McCarthy’s indication he would strip committee assignments from any members picked by Pelosi to serve on the panel.

McCarthy’s office did not immediately return a request for comment on whether Cheney would be stripped of her committees for accepting the appointment from Pelosi.

Kinzinger’s references to “space lasers” and “white supremacist people” are nods to Reps. Marjorie Taylor Greene (R-Ga.) and Paul Gosar (R-Ariz.), respectively. Greene lost her own committee assignments following a string of incendiary remarks, including a baseless conspiracy theory regarding wildfires and lasers, while Gosar spoke at a conference organized by a prominent white nationalist earlier this year.

McCarthy has yet to say whether he will make recommendations for GOP members to sit on the Democrat-led committee digging into the Capitol attack. But the California Republican’s closed-door warning delivered Wednesday to several of his conference members, which Kinzinger confirmed, suggest that he’s preparing to do what he can to undercut the Jan. 6 committee’s work.

Is Iron Maiden’s New Album Called ‘Writing on the Wall’?