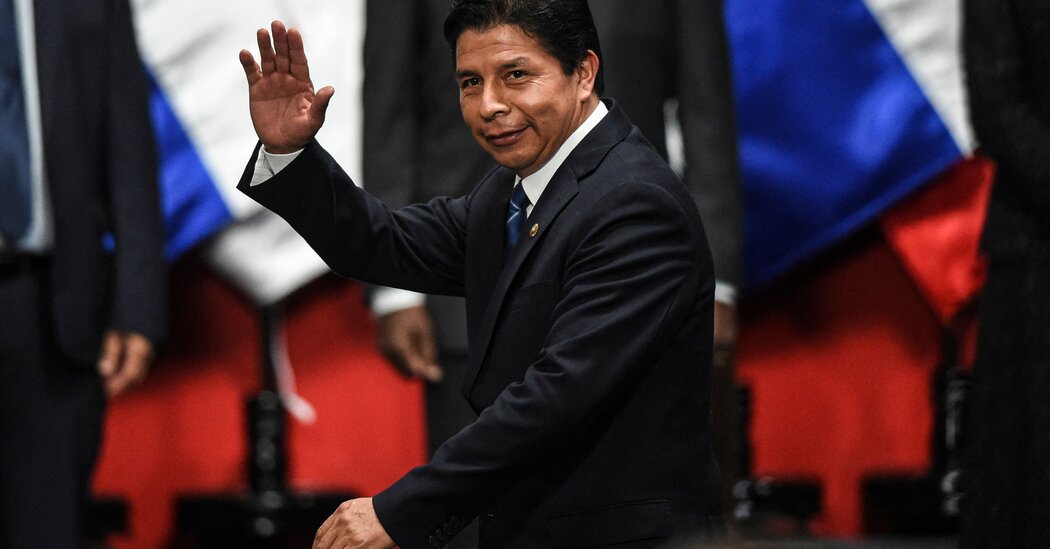 SAN LUIS DE PUÑA, Peru — At a livestock market high in the Andes Mountains in northern Peru, Estaurofila Cieza recalled the joy that erupted in the region when a fellow campesino, or poor farmer, was elected president last year.

“Everyone celebrated. Every last one of us,” Ms. Cieza said. “We thought, ‘finally, someone who knows what it is to work the land.’”

Last year, Pedro Castillo became Peru’s first left-wing president in more than a generation after campaigning on promises to address the poverty that rural Peruvians have long disproportionately suffered, and which worsened under the pandemic.

But today he is engulfed in crisis with questions multiplying about whether his presidency will survive. The leader’s setbacks comes as Peru is saddled with economic travails that have hit Mr. Castillo’s rural base especially hard.

In less than a year and a half in office, Mr. Castillo has named five different cabinets, faced six criminal investigations and, on Wednesday, confronts a third impeachment attempt in Congress, which the Peruvian leader has threatened to dissolve.

Prosecutors accuse Mr. Castillo of leading a criminal organization to profit off government contracts and of repeatedly obstructing justice, charges that the president has denied.

Peru’s young democracy has already been hobbled by years of high-level corruption scandals resulting in five presidents since 2016. Mr. Castillo’s tenure has only deepened the sense that the country’s political system is broken.

At the same time, global supply disruptions from the pandemic and the war in Ukraine have pushed the country’s inflation to the highest rate in decades, raising the stakes of political dysfunction in a nation where a quarter of the population of 33 million lives in poverty.

The United Nations warned last month that Peru has the highest rate of food insecurity in South America, with half the population lacking regular access to sufficient nutrition.

Unlike other leaders who have been part of a leftist tilt across Latin America, Mr. Castillo was never wildly popular among many voters.

One of nine siblings in a family of campesinos in an area without sewage systems and far from well-equipped hospitals and schools, Mr. Castillo was a farmer who raised livestock to supplement a schoolteacher income before running for office.

“There have been quite a few outsiders in Peru, but no one who is so far away from the centers of power,” said Mauricio Zavaleta, a Peruvian political analyst.

During his campaign, Mr. Castillo raised expectations in rural Peru with talk of structural change, and promises to replace the country’s constitution, nationalize the extraction of natural resources and double spending on education.

He took a surprise lead in the first round of elections among 20 candidates with 19 percent of the vote by courting voters disenchanted with the political establishment. In the runoff, he eked out a narrow victory over Keiko Fujimori, a polarizing figure and the daughter of a former authoritarian president, Alberto Fujimori, who is in prison for human rights violations and corruption.

But today, many of Mr. Castillo’s rural supporters are struggling to purchase basic goods and services and have become disillusioned by his performance.

Cajamarca, a mostly rural region 350 miles north of Lima where Mr. Castillo was born and built his career, has long been one of the country’s poorest areas.

In communities stretching from the regional capital to Mr. Castillo’s tiny home village of San Luis de Puña, supporters like Ms. Cieza said they expected more from him.

“He said he was going to change the country,” she said. “He tricked us.”

Since taking office, Mr. Castillo has ushered in an era of controversies noteworthy for their clumsiness and frequency, while failing to make much headway on many of his campaign promises.

He has churned through more than 80 ministers and filled many posts with officials lacking relevant experience.

His administration failed to purchase fertilizer for the biggest planting season of the year, after three bids by private companies were annulled because of negligence and corruption. His government has also dragged its feet on cash payments and subsidies to low-income Peruvians.

Mr. Castillo has survived two impeachment attempts in Congress, where critics say he is not morally fit to be president.

The Peruvian leader denies wrongdoing and has denounced what he calls a “new form of a coup” orchestrated by prosecutors, lawmakers and the media. His administration has taken an initial step toward trying to dissolve Congress in response to lawmakers’ refusal to hold a vote of confidence on his government.

One congressman, Guillermo Bermejo, a close ally of Mr. Castillo, said the president’s opponents would not stop until they return power to traditional elites based in Lima, the capital.

“People with fancy last names have been carving up the ham for 200 years,’’ he said in a televised interview on Sunday.

Yet truckers and farmers in rural areas have staged protests in recent weeks over high prices for fuel, food and fertilizer.

In Cajamarca, farmers said they planted half as many potatoes this year than in the past after prices for the most widely used synthetic fertilizer nearly tripled following the start of the Ukraine war. The cost of cooking oil, rice and sugar have doubled, making them unaffordable for the poorest Peruvians. High fuel prices has made it more expensive to get products to markets.

In a slice of Peru where Mr. Castillo’s campaign slogan, “no more poor people in a rich country,” once roused cheers, today it elicits laughter.

San Luis de Puña, the rural hamlet where Mr. Castillo was born, is a five-hour drive from the regional capital along mostly unpaved roads that wind through mountains and past verdant valleys, open-pit gold mines and adobe homes without electricity or running water.

Ranchers in the area complain about plunging cattle prices because of an oversupply as desperate families in need of money sell their animals. Mothers cannot afford school supplies for their children.

“Now we have to work more to eat a little less,” said Cesar Irigoin, 67, a farmer in Tacabamba, the district that includes San Luis de Puña. Mr. Castillo “promised the opposite,” he added.

Still, the president has his defenders.

“They say he’s a bad person,” said Maria Nuñez, 77, who lives in San Luis de Puña. “No. He was a good citizen here in the community.”

She blamed his difficulties on the powerful elite. “Unfortunately they’re not letting him work like they should,” she added.

Even after 18 months in office, Mr. Castillo has already remained in power longer than many expected. Three of his successors were ousted from office early in their tenures amid a flurry of corruption scandals.

Mr. Castillo seemed destined for a similar fate. But analysts say the opposition has repeatedly fumbled its attempts to position itself as the better alternative, starting with its refusal to recognize the president’s election victory last year.

For weeks after the vote, Ms. Fujimori sought to annul votes from rural areas in a failed attempt to overturn the results, claiming, without evidence, that there had been electoral fraud.

Congress has since blocked Mr. Castillo from traveling abroad to represent Peru on official business, turning a routine and perfunctory vote allowing a president to travel outside the country into a political weapon. Lawmakers tried to indict Mr. Castillo for treason over a comment he made in an interview about wanting to give Bolivia part of Peru’s coastline, which he quickly apologized for.

“They really hate him, don’t they? Because he’s from Tacabamba,’’ Alicia Delgado, 68, a farmer who lives in Mr. Castillo’s home district, said while noting the president’s rural roots in a country where rural Peruvians have faced centuries of discrimination.

Though Mr. Castillo’s approval rating has slumped to 19 percent in Lima, in rural areas outside the capital it still stands at 45 percent, just four percentage points lower than a year ago, according to polls last month by the Institute of Peruvian Studies.

“The country is divided,” Segundo Huanombal, 50, a farmer and carpenter in San Luis de Puña. “You know why? Because poor people are looked down upon.”

He added that many wealthy people in Lima “look at us with contempt, because we’re always traveling by foot and coming in dirty from the fields.”

But there is a clear sense of dismay in what had once been Mr. Castillo’s stronghold.

One evening in November, Heriberto Quintana, a farmer in the province of Chota, headed out on a patrol with other members of the rondas campesinas, or security patrols, that are made up of farmers and act as a type of local police force.

Mr. Quintana said that Mr. Castillo, who was part of the patrols as a young man, has used his campesino identity to gain support without actually helping the rural population.

“He really offered one thing and is doing another,” he said. “It hurts more when it’s someone who knows you.”

'GMA' Hosts Amy Robach & T.J. Holmes Weren't Pulled Off Air Because of His Prior Affair

Iran Says It Thwarted a Drone Attack on a Munitions Facility 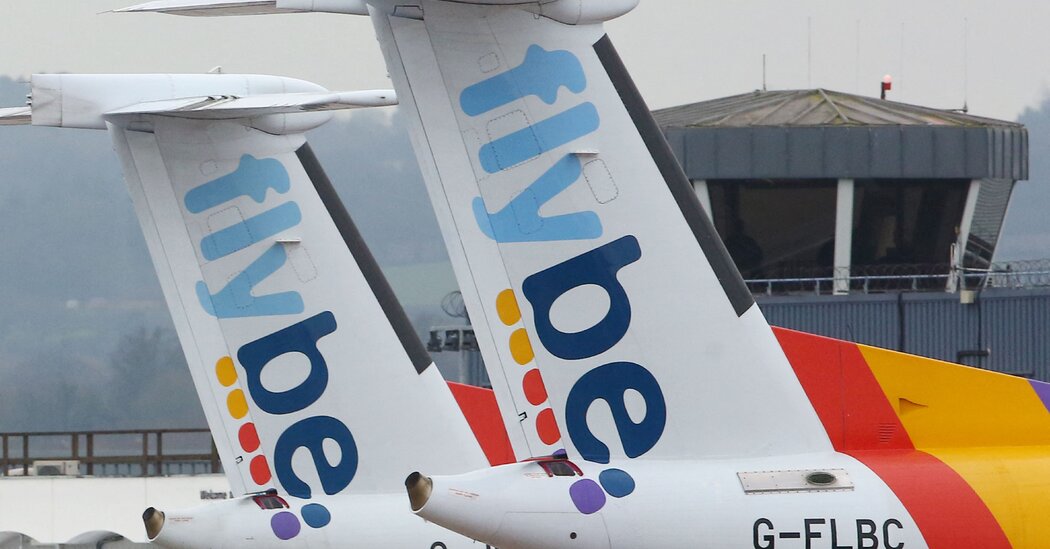 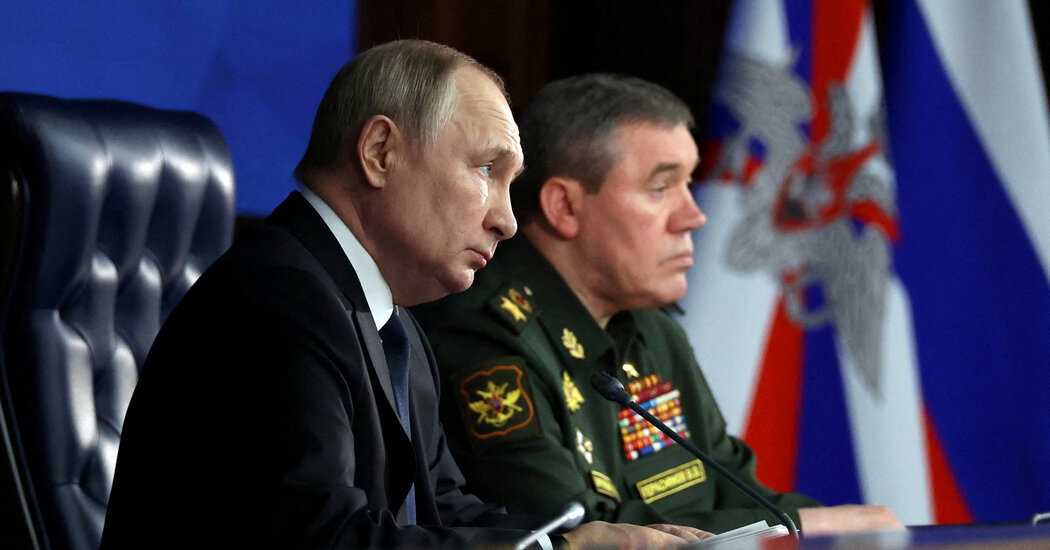 To Fix Its Problems in Ukraine, Russia Turns to the Architect of the War 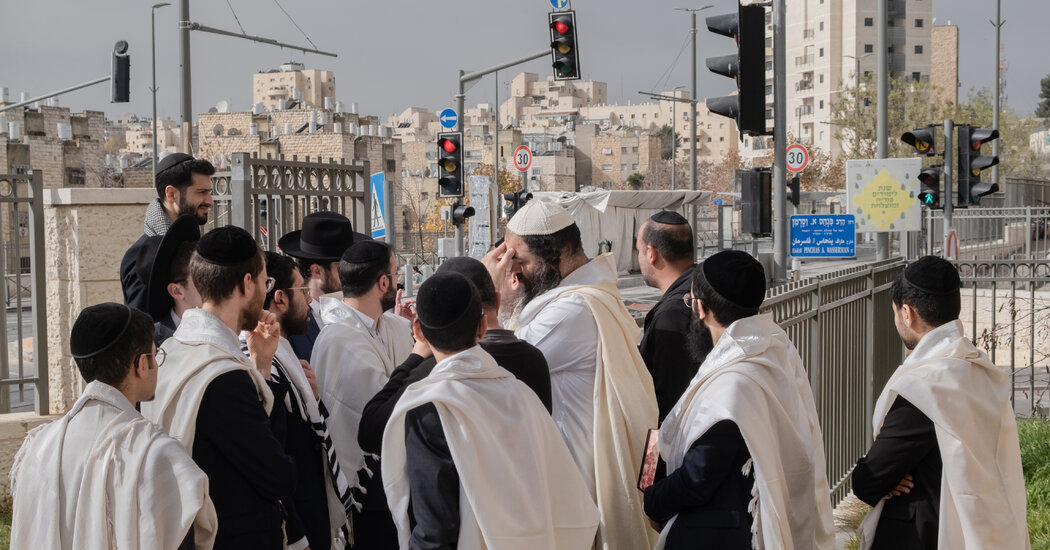