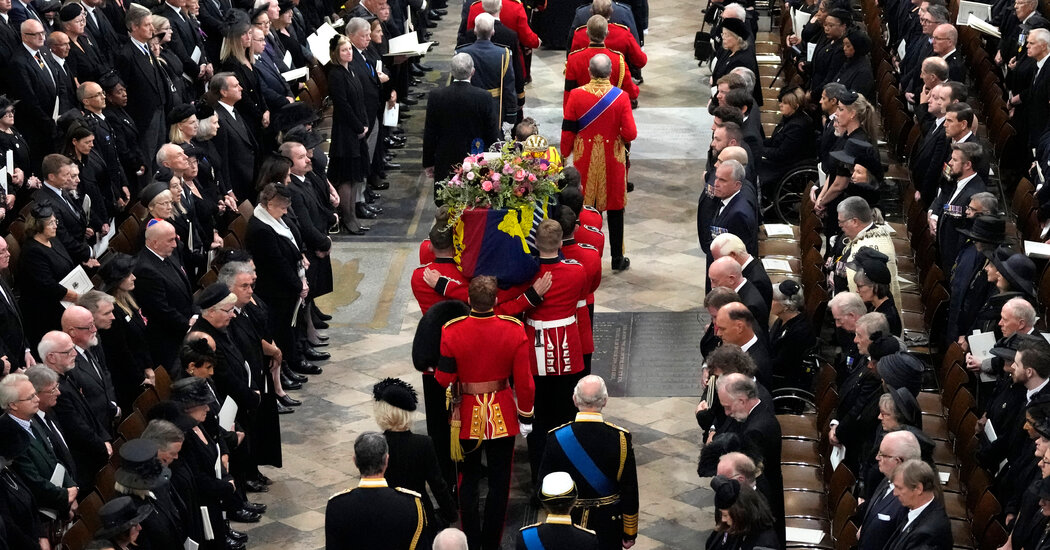 LONDON — Tens of thousands of people watched quietly as Queen Elizabeth II’s coffin began its grand procession through the streets of London on Monday, flanked by honor guards and accompanied by King Charles III and other members of the royal family, following a solemn funeral service at Westminster Abbey.

It was the most majestic of a day of rituals and extravagant pomp that began with the funeral service and will end on Monday evening, when the queen is laid to rest at Windsor Castle, next to her husband, Prince Philip.

The service began at 11 a.m. in the abbey, with King Charles III and his family in the front row, including his wife, Camilla, the queen consort; Prince William, and two of his children, Prince George, 9, and Princess Charlotte, 7.

“Here, where Queen Elizabeth was married and crowned, we gather from across the nation, from the Commonwealth and from the nations of the world,” the Rev. David Hoyle, the dean of Westminster, said to an assembly that included more than 100 world leaders, among them President Biden and Emperor Naruhito of Japan.

With the queen’s coffin before the dean, he called on those gathered “to mourn our loss, to remember her long life of selfless service, and in sure confidence to commit her to the mercy of God our maker and redeemer.”

It is the culmination of 10 days of mourning since the queen died on Sept. 8 in Scotland — a time of unifying grief and disorienting change — and everything about the day will stretch precedents for such gatherings.

Hundreds of world leaders filled the seats in Westminster Abbey. Tens of thousands of people waited along the route the funeral cortege will take through London on a grand procession to Windsor Castle. Thousands more will await the queen at Windsor.

Britain has not held a state funeral since 1965, when it buried Winston Churchill, the wartime leader who acted as a mentor to a young Elizabeth after she unexpectedly came to the throne upon the death of her father, King George VI, in 1952.

As with every other ritual since the queen’s death, the funeral was meticulously choreographed. At 10:35 a.m., pallbearers carried the queen’s coffin from Westminster Hall, where it had been viewed by tens of thousands of mourners, including Mr. Biden, to a gun carriage for the short procession to Westminster Abbey.

King Charles III and other members of the royal family walked behind the coffin, flanked by detachments of the queen’s corps of the Gentlemen at Arms, the Yeomen of the Guard and the Royal Company of Archers.

The archbishop of Canterbury, the Most Rev. Justin Welby, delivered a eulogy, recalling the queen’s speech to the nation during the coronavirus pandemic in which she promised, “We will meet again” — the title of a beloved World War II-era song by Vera Lynn.

After a military bugler played “The Last Post,” signifying the end of the service, the abbey, and the nation, fell silent for two minutes in honor of the queen. The congregation then sang “God Save the King” and the queen’s piper played a lament as her coffin was lifted back onto the carriage.

From there, the cortege, a mile-and-a-quarter long, began a stately roll through the city center, retracing the route it took, in reverse, when her coffin was moved Wednesday from Buckingham Palace to Westminster Hall — a symbolic transfer of the queen, who was 96 at her death, from her family to the British state.

Unlike that stark procession, this one is choreographed to project the full splendor of the monarchy: seven groups, each with their own marching band; detachments from the Royal Canadian Mounted Police, the Royal Ulster Constabulary, and the British armed forces; and mounted soldiers from the Household Cavalry.

Soldiers lined the route from Westminster Abbey to Wellington Arch, which celebrates Britain’s victories in the Napoleonic Wars. It stands next to Hyde Park, where artillery guns will be fired during the procession and where visitors will be able to watch the proceedings on large screens.

This is also where the queen’s coffin will be transferred from the carriage to a hearse for the 25-mile journey to Windsor. Huge crowds are expected to watch as the vehicle travels past Kensington and Hammersmith in west London, before swinging south to pass the runways of Heathrow Airport. As it did last week, the airport will halt flights to keep the skies above the cortege still.

Swiss woman convicted of terrorism after Lugano stabbing in 2020 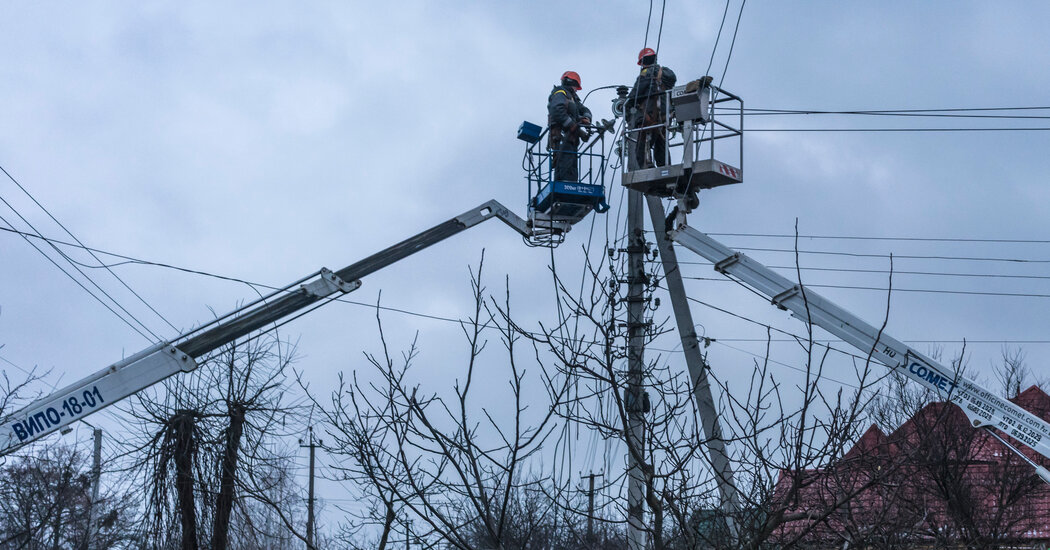 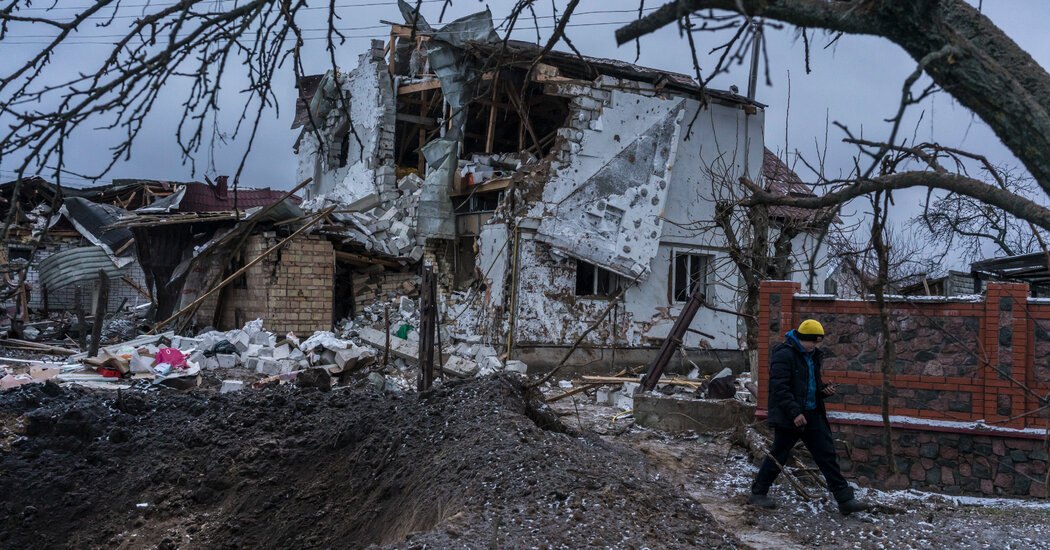 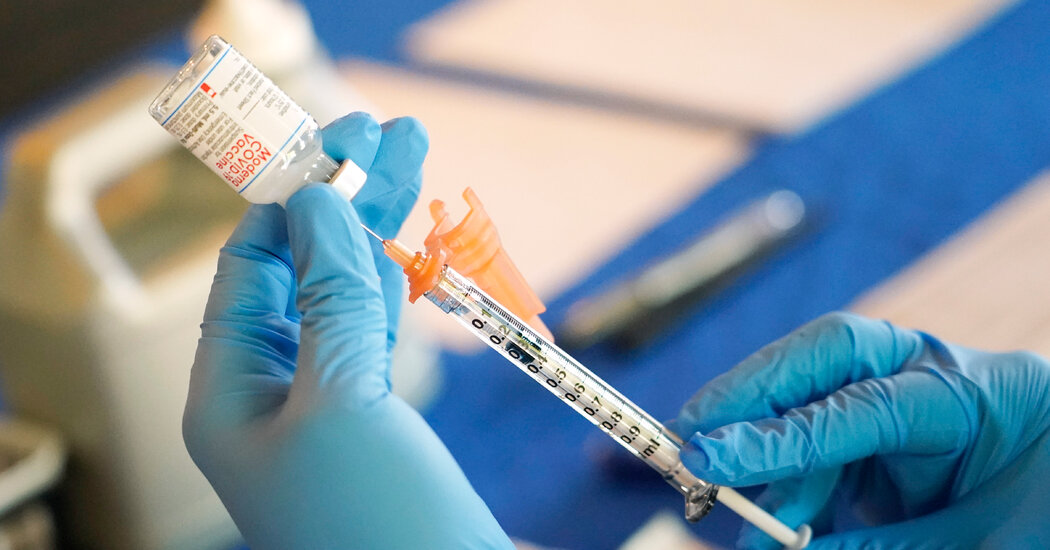