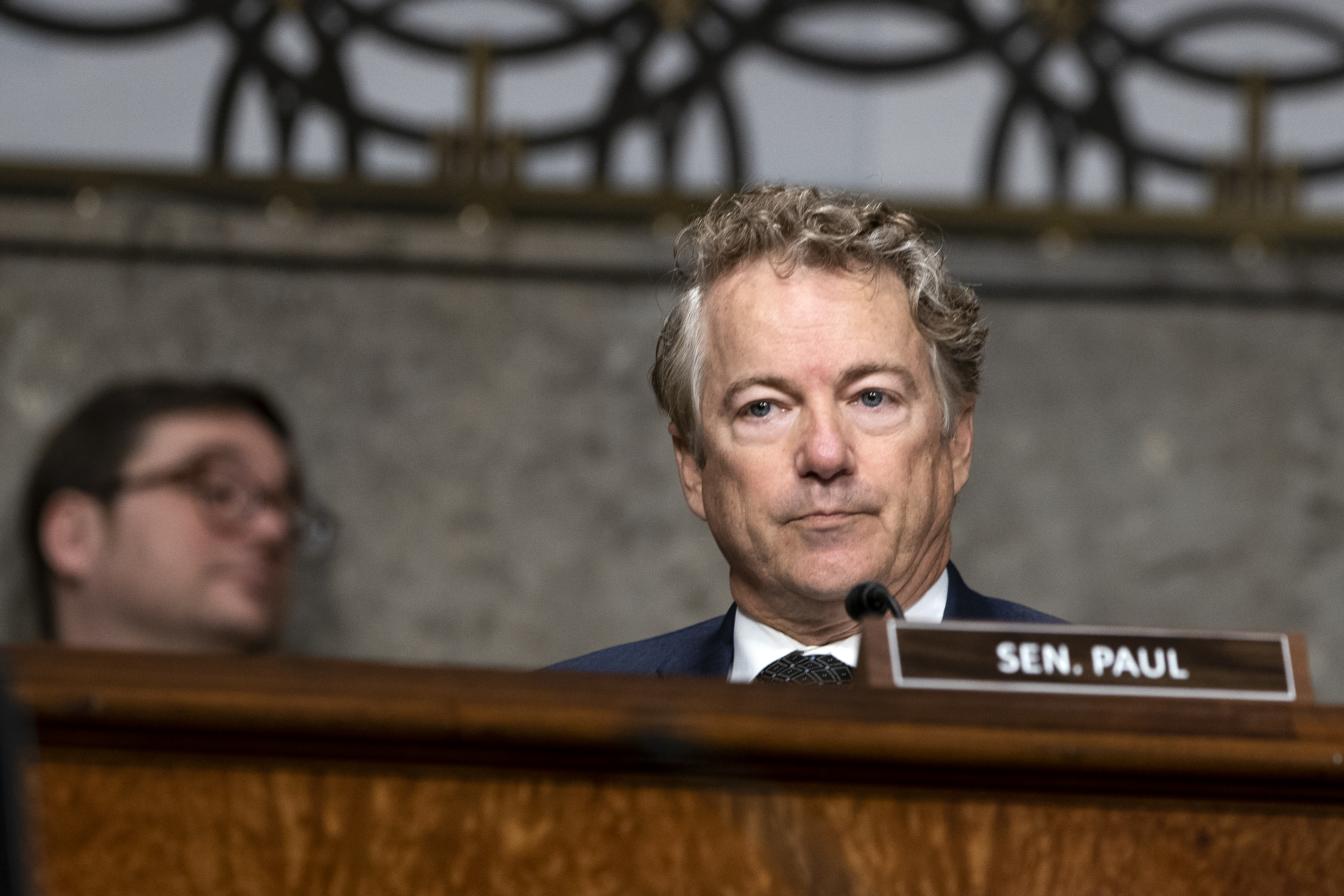 The White House has urged Congress to act quickly on the legislation, which the House passed last week by a vote of 424-8, in order to further isolate Russia over its war in Ukraine.

“I always live by the theory that nothing in the Senate is easy,” Senate Finance Committee Chair Ron Wyden (D-Ore.) lamented to reporters on Thursday. “This is an area where the American people strongly believe … that Vladimir Putin has forfeited with his inhuman conduct the right to normal trade relations.”

Congress has yet to send Biden standalone Ukraine-related legislation since Russia’s assault began last month; a package of $14 billion in military and humanitarian aid for Ukraine was signed into law as part of a broader funding bill. Senators had hoped to pass the trade sanctions bill this week while Biden is in Brussels for meetings with allies in the trans-Atlantic alliance that center on Russia’s brutal invasion of Ukraine.

Paul, who generally opposes sanctions as a means of punishing a foreign nation, is demanding that the House-passed measure be amended to restrict what he sees as an overly broad authorization for executive-branch sanctions under the Global Magnitsky Act — a 2016 law intended to crack down on human-rights abuses.

“If you don’t define what human-rights abuses are, you set up something so wide open that you could have abuse of a president who’s allowed to sanction anyone in the world for anything they feel like,” Paul said in a brief interview.

Paul’s concerns reflect those of the eight Republicans who voted against the legislation in the House. They argued that the broad Magnitsky-related provisions could empower Biden to sanction individuals or entities who deny access to abortions, for example.

The Kentucky senator’s objections, if they’re not resolved, could force Senate Majority Leader Chuck Schumer to burn a week of valuable floor time on the legislation, which most Republicans support in its current form. An agreement to speed up consideration of the bill requires consent from all 100 senators.

“We won’t let them pass it unless they put [my amendment] in there,” Paul declared. “So they’re either going to put it in there or they’re going to be here for a week doing it. Because I won’t let it go without the amendment in it. It has to be the body of it.”

Complicating matters further, it could take days for the Senate to even begin floor consideration of the trade sanctions bill. The chamber is currently working to pass China competition legislation, a top priority for Schumer, but Sen. Bernie Sanders (I-Vt.) is holding it up over his demands for two amendment votes.

Idaho Sen. Mike Crapo, the lead GOP negotiator on the trade measure, seemed surprised when asked about Paul’s blockade. Crapo, the top Republican on the Finance Committee, had pushed for an agreement to pass the underlying bill on Thursday before lawmakers leave town.

“That’s problematic,” Crapo said of Paul’s push. “The senators have a choice. They can just filibuster, which means it will take a week or 10 days, or they can agree to have a vote on their issue. … We don’t want to amend this legislation on the [trade relations] side.”

Earlier in the week, Crapo had demanded that separate House-passed legislation banning Russian oil imports also get a vote in the upper chamber. Schumer has promised a vote on that measure, though Biden has already acted unilaterally to impose an embargo on Russian energy imports.