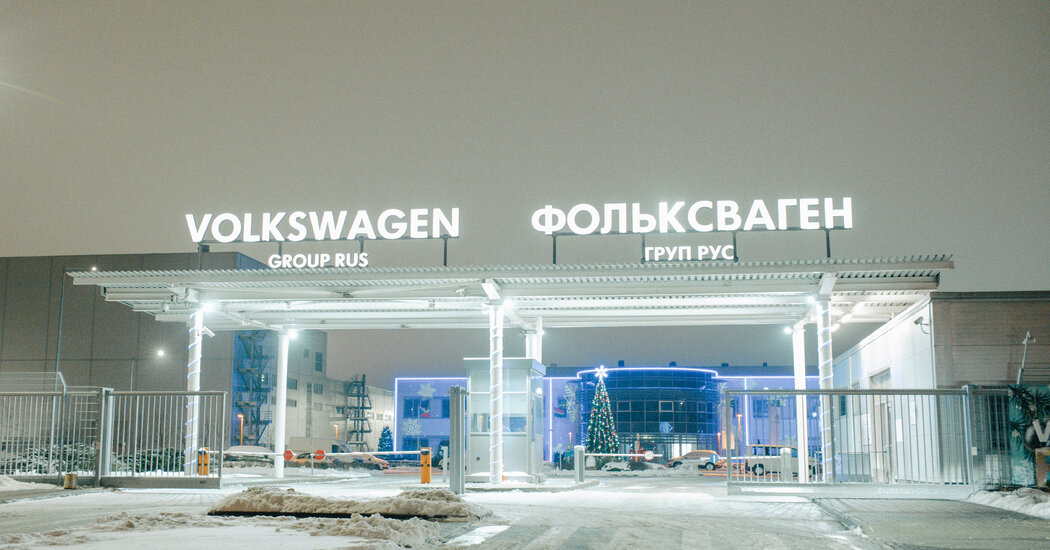 KALUGA, Russia— Valery Volodin, a welder at a sprawling Volkswagen plant in western Russia, relaxed for most of the summer at his dacha, or weekend house, planting his garden and looking after his children. Mr. Volodin, 41, had little choice: The car factory closed down in March, joining more than 1,000 multinational companies that had curtailed operations in Russia because of its invasion of Ukraine.

Since then, he has been sitting at home while Volkswagen looks for a buyer. He goes into the plant, in Kaluga’s industrial zone, once a month to collect 50,000 rubles, about $800, a payment required by Russian labor law that is the equivalent of two-thirds of his previous salary.

“We go into work, but the plant stands empty,” Mr. Volodin said in an interview. He does not mind a temporary break from the physically demanding work, but he is not sure how to plan for the future.

His experience is playing out across Russia for hundreds of thousands of workers after the West imposed sweeping economic sanctions that were intended to hobble Moscow’s ability to wage war and to undercut public support for President Vladimir V. Putin.

More than nine months after the invasion, neither the war effort nor the economy has collapsed, and the economic pain is still limited for many Russians. Mr. Putin has avoided any substantive domestic pressure that would threaten his leadership. But the impact of what some have described as the most coordinated and deepest economic sanctions in modern history is evident in communities across Russia — and the worst may be yet to come.

The sanctions have stymied Russia’s faltering attempts to modernize its economy along Western lines and to catch up to European living standards after the fall of the Soviet Union, said Vladislav Inozemtsev, the Washington-based director of the Center for Post-Industrial Studies, a Russian research group. That has dimmed the hope that the country could become a modern, prosperous nation in the near term.

“The slogan now is ‘Keep things from getting worse,’ and that’s an important shift,” Mr. Inozemtsev said. “Even the government has stopped betting on national development.”

Beneath the veneer of normalcy, he said, key drivers of growth, like technology transfer and investment, are eroding. “It’s like a cake that was dropped on the table and it looks more or less fine, but inside it’s all blown up,’’ Mr. Inozemtsev said.

The most visible and dramatic impact has been on manufacturing, a sector that employs 10 million Russians and that has been the centerpiece of Mr. Putin’s ambitious program to diversify the economy away from reliance on oil and gas exports. The auto industry accounts for a large percentage of those workers: Carmakers employ 300,000 Russians, according to the country’s statistics agency, and the association representing their interests say that up to 3.5 million more work in related industries.

By September, output in the auto industry was down 77 percent year over year, while car sales have plummeted 60 percent compared with the same period in 2021. A primary reason is that Russian industries are highly dependent on Western components. Even Mr. Putin has acknowledged the problem, admitting last week that, in some sectors, dependence on imported parts is as high as 90 percent.

To adapt, Russia is turning inward, cutting ties with the rest of the world and moving toward an economic model similar to one adopted by Iran, where political legitimacy rests on providing citizens with the essentials rather than spurring transformative growth, Mr. Inozemtsev said.

Russia’s government was better prepared to withstand the sanctions than many in the West expected.

Since the start of the war, the International Monetary Fund has revised its economic outlook for Russia upward twice and is forecasting a 3.5 percent decline in gross domestic product this year, similar to the government’s projections. This decline, while a major reversal from prewar growth expectations, stands in sharp contrast to the double digits collapse of Venezuela’s economic output after a wave of American sanctions in 2019.

“Sanctions have not destroyed the resilience of the Russian financial system, nor have they impacted macroeconomic stability,” Prime Minister Mikhail Mishustin said last week during a government meeting.

A combination of high oil revenues, large currency reserves and an expert team of economic officials has allowed Mr. Putin to soften the blow — much to the frustration of some Western leaders who had hoped the sanctions would have more bite by now.

But the loss of investment, technology and skills caused by the sanctions is likely to echo across generations, depriving many Russians of a chance at a better economic future, experts said.

In 2009, when Volkswagen launched full production cycles in Kaluga, Mr. Volodin not only got a job, but also unexpected support.

“I got paid to get trained for my job,” he said, still impressed. When a robot replaced him, he was retrained.

Those were boom times for Kaluga, an industrial region about 120 miles south of Moscow. The former governor actively courted Western investors, learning English and building a modern airport with several flights a week to Germany. He transformed a regional economy that had been 80 percent oriented toward the Soviet military industrial complex into one connected with the West. Pharmaceutical companies flocked to the Kaluga region, which has a population of one million, and so did auto manufacturers.

Volkswagen hired about 4,200 workers. Volvo and Stellantis, which produced and sold the Peugeot, Citroёn, Opel, Jeep and Fiat brands in Russia, also established operations in the region. An ecosystem of suppliers and related industries sprang up to serve them, employing at least 25,000 people, according to Dmitri Trudovoy, the chairman of the independent Workers’ Association trade union. Courses in German and other foreign languages at the local university were a pipeline to an office job with the companies.

It seemed as if a new, modern business model was being constructed step by step in the region, a hint of how Russia’s economy might evolve.

Now, most of the carmakers in the region have halted operations, and Mr. Trudovoy said the workers had no idea who might take over the Western factories and whether they would keep their jobs.

“They are nervous and scared for their future,” he said.

Kaluga’s industrial output fell 30 percent between February and July this year compared with the same period the year before, according to Rosstat, Russia’s statistics agency, becoming among the regions hit hardest.

Russian state firms and the government have vowed to replace the lost output with local brands. But there have been multiple signs of regression. In June, AvtoVAZ, which makes Russia’s best-known domestic car brand, the Lada, announced that its new cars would meet only 1996 emissions standards and have no passenger-side airbags.

In a symbolic move, an AvtoVAZ affiliate, Kamaz, announced that it would use a Moscow plant vacated by Renault after the invasion to relaunch the production of a Soviet-era car brand, Moskvich, or Muscovite, which had long been an almost comical byword for the deficiencies of Communist consumer goods.

The slowdown in auto manufacturing also means that even Russia’s police will have a hard time acquiring new patrol cars. The Interior Ministry has been unable to find a supplier for the 2,800 new vehicles required for the traffic police, according to the Russian newspaper Kommersant.

Kamaz claims it will produce 50,000 “modern, comfortable, high-quality and safe” cars in the plant next year, including many with electric motors. To aid these efforts, the Russian government plans to channel about $500 million to domestic carmakers.

Production will not disappear, he said, but it will gradually degrade, resulting in lower quality and quantity of products that will progressively reduce the standard of life of Russians.

In Kaluga, the collapse of the auto industry is having wide-ranging collateral effects. The real estate market ground to a halt after the war started, said Kirill Gusev, editor of the online real estate site Kaluga House. It started improving over the summer as people got used to a new normal, but then collapsed after Mr. Putin announced a military call-up of hundreds of thousands of men in September.

“Real estate is essentially long-term planning, but right now we are in a place where you can’t do that at all,” Mr. Gusev said. “We all saw how easy it was for normality to collapse.”

“After the mobilization, the banks stopped giving out loans because the clients could be called up,” he added.

Natalia Zubarevich, a geography professor who tracks social economic data at Moscow State University, said: “What we’re seeing is falling income, broad depression, less consumption. All this will negatively impact the economy of the country.”

Kirill Mikulin, who owns a popular bar in Kaluga, feels that hit. He had already adapted by finding substitutions for half the beers at his pub, which he had imported. Buoyed by the seeming return to normalcy over the summer, he opened Hops & Hopes, which sells 13 craft beers on tap and 250 more in bottles.

On a recent evening, his store in the city center did not attract any paying customers.

“We believe in the New Year,” he said, hoping sales would be up ahead of the holiday. 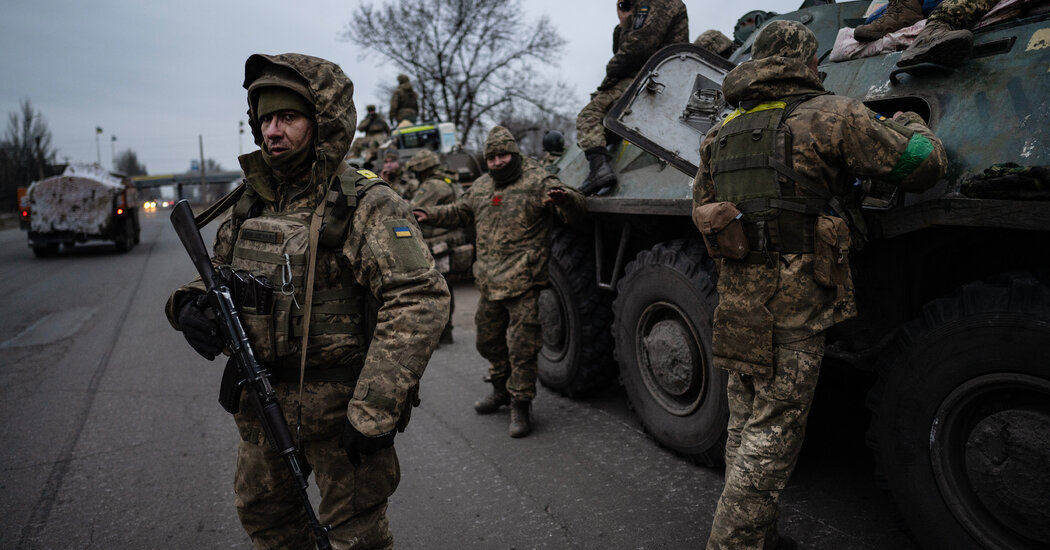 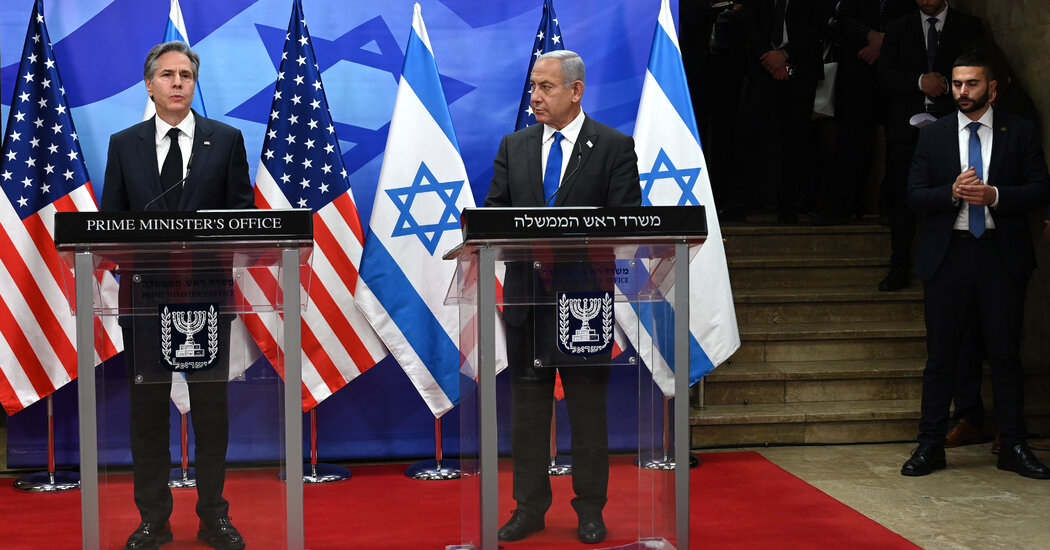 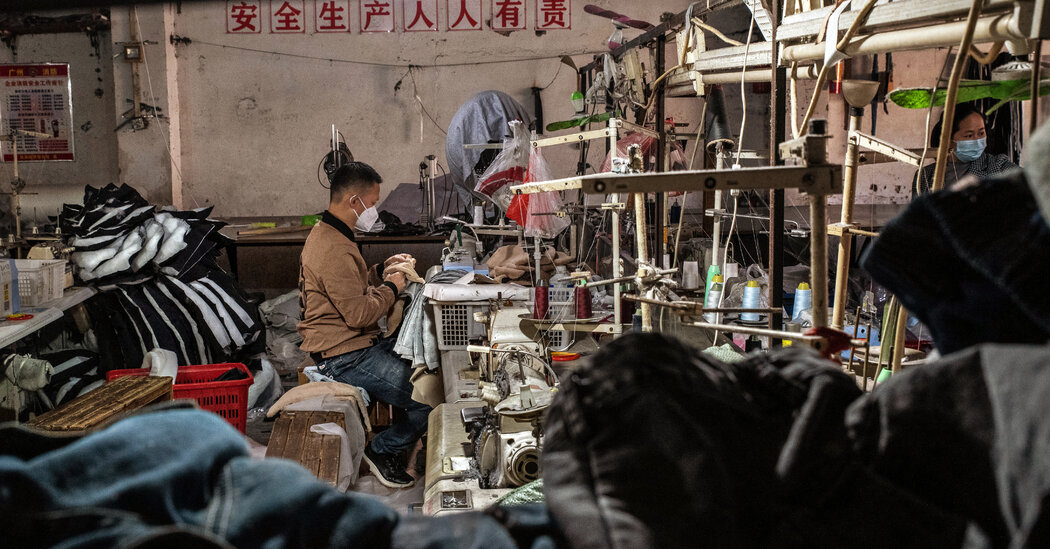