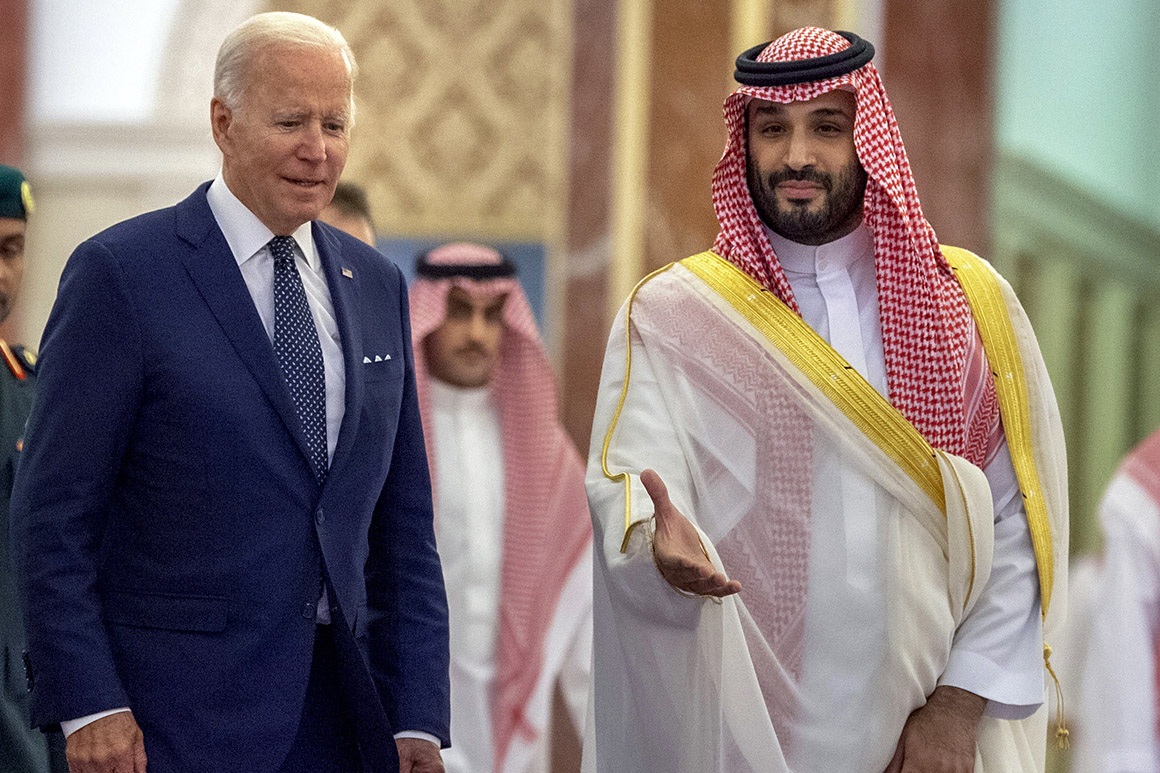 “If we ever needed a visual reminder of the continuing grip oil-rich autocrats have on U.S. foreign policy in the Middle East, we got it today. One fist bump is worth a thousand words,” Rep. Adam Schiff (D-Calif.) tweeted Friday.

The president’s visit came amid surging oil prices and a global energy crisis in the wake of Russia’s war on Ukraine. Biden participated in a bilateral meeting with the crown prince and other Saudi officials, where he discussed ramping up oil production.

Sanders on Sunday recognized that the oil crisis is likely the reason Biden decided to go through with the visit, but the Vermont senator suggested there are better ways to go about reducing the cost of gas.

“We’ve got to tell the oil companies to stop ripping off the American people, and if they don’t, we impose a windfall profits tax on them,” Sanders said.

Asked by ABC’s Martha Raddatz whether he would “ignore the Saudis” if he were president, Sanders doubled down on his hard stance against the country, cautioning against maintaining a “warm relationship” with the “dictatorship.”

“Look, you got a family that is worth $100 billion, which crushes democracy, which treats women as third-class citizens, which murders and imprisons its opponents,” Sanders said. “And if this country believes in anything, we believe in human rights, we believe in democracy, and I just don’t believe that we should be maintaining a warm relationship with a dictatorship like that.”