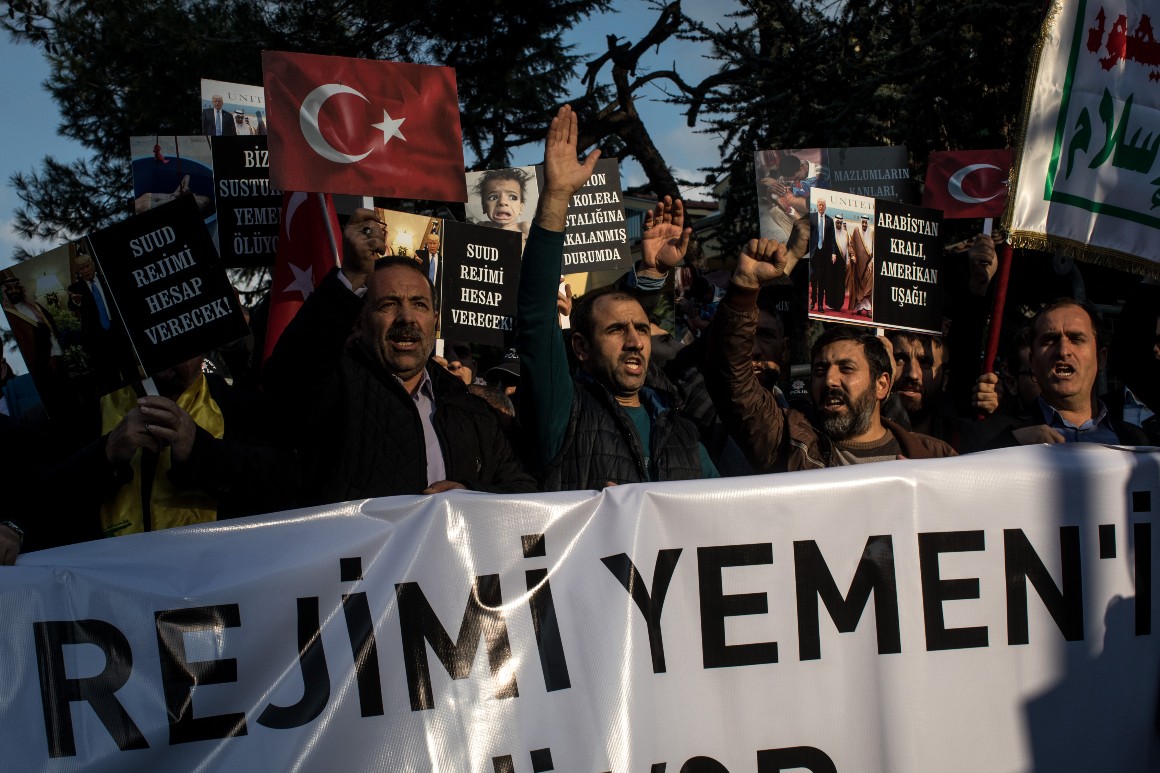 The vote split the Senate Democratic Caucus, but the vast majority of GOP senators voted to back the Biden administration’s proposed sale.

“Saudi Arabia is literally surrounded by violent threats conceived, funded, and orchestrated by Iran,” Senate Minority Leader Mitch McConnell said. “A vote to block the sale of defensive military systems to Saudi Arabia would undermine one of our most important regional partners.”

Senate Foreign Relations Chair Bob Menendez (D-N.J.), who has opposed weapons sales to Riyadh in the past, said the Trump administration “was all too happy to sell to the Saudis,” while the Biden administration “has largely suspended” sales of offensive weapons.

“Make no mistake, the Saudi-led coalition bears the brunt of the responsibility for the devastation in Yemen,” Menendez said. “Yet I, along with most members of this body, have always supported the use of weapons systems in defense of civilian populations.”

Former President Donald Trump faced criticism from Democrats and Republicans alike for his willingness to back Saudi Arabia’s coalition in the Yemen civil war, and for his public backing of Crown Prince Mohammed bin Salman’s denial of involvement in the brutal 2018 murder of Washington Post columnist Jamal Khashoggi. Trump and his national-security deputies consistently pressured Congress to abandon efforts to crack down on Saudi Arabia.

President Joe Biden was similarly criticized earlier this year when he declined to impose sanctions on the crown prince even after releasing an intelligence report stating that the Saudi leader approved the killing of Khashoggi.

The Happiest Places to Live in 2021