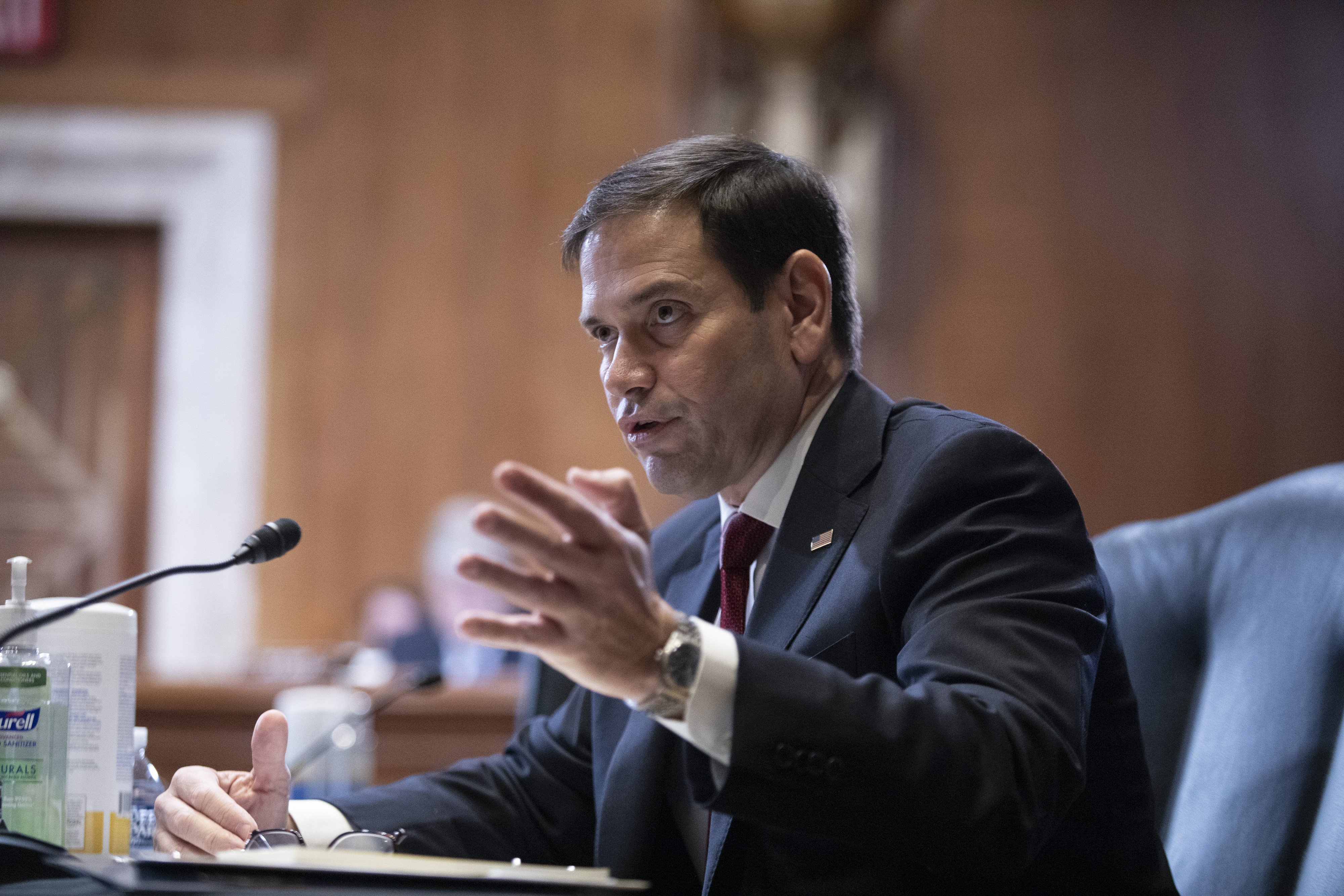 “The problem we have is that we have a bunch of people who define anyone they disagree with as terrorists, as extremists,” said Sen. Marco Rubio (R-Fla.). “We’ve reached a point in America now where the term ‘extremist’ is applied too liberally to people, that there’s deep concern about how these entities will be used. … That’s the concern that people have.”

As Rubio laid out, Republicans have adopted a slippery-slope argument in response to the domestic terrorism bill, contending it could be misused based on ideology to go after political opponents of the party in power. But Democrats are homing in on “replacement theory” — a racist far-right rallying cry cited by the Buffalo gunman — and seeking to use Thursday’s debate as an opening to tackle gun violence after this week’s Texas school massacre, a clear attempt to squeeze the GOP for its anticipated filibuster.

The domestic terrorism measure took on greater heft this week after a gunman killed 19 children and two adults at an elementary school in Uvalde, Texas. While there’s no evidence that the Texas shooting was motivated by racism, Democrats see Thursday’s vote as part of a broader conversation about gun violence — and Republicans largely view it as a political maneuver that won’t spur bipartisan breakthroughs.

“I just think if you look at the bill, the president’s not asking for it. He says he’s got the authority. Same thing from the Justice Department,” Senate Minority Whip John Thune (R-S.D.) said. “I think it’s a lot of stuff they already have authority to do. I think this is … more of a show vote.”

Thune added that, while Republicans and Democrats are having early conversations about a response to the Texas massacre, “there are a lot of people grieving.”

Frustrated by the lack of federal action in response to various hate crimes in recent years, Democrats note that all House Republicans supported a nearly identical domestic terrorism bill less than two years ago, when it passed by voice vote.

“This is a party that is falling apart at the seams, if their path forward is to make it easier for white supremacists to get away with crimes in this country,” Sen. Chris Murphy (D-Conn.) said of Republicans. “This is a super anodyne, inoffensive, apolitical piece of legislation that just seeks to be more coordinated in taking down violent white supremacists.”

Schumer suggested Wednesday he would allow votes on amendments if the GOP agrees to advance the domestic terrorism legislation, floating it as the vehicle for a potential bipartisan compromise on guns.


But there’s more happening on gun safety in the aftermath of Tuesday’s shooting in Texas. Murphy’s vowed to try to find 10 Republicans who could support a gun-control bill, saying on Wednesday that he would work for the next week or so to see if he could find common ground with enough GOP senators to avoid a filibuster.

It’s a tough path ahead. When the Senate considered bipartisan background checks legislation in 2013 from Sens. Joe Manchin (D-W.Va.) and Pat Toomey (R-Pa.), only four Republicans — including Toomey — supported the bill. And of those four, Toomey and Sen. Susan Collins (R-Maine) are the only ones still in office.

GOP Sen. Rick Scott, who previously served as Florida’s governor, signed gun-control legislation in the days following the 2018 massacre at a high school in his state. But on Wednesday, Scott said the focus should be on mental health and information-sharing at the federal level rather than domestic terrorism, and suggested he would support “red flag” laws like those on the books in Florida. (They allow law enforcement officials to temporarily confiscate guns from people who could be threats to others or themselves, if deemed so by a federal court or medical professionals, depending on the state.)

“We need to stop and say what’s the real cause of the problem and start addressing that. We have a mental health crisis in this country,” Scott said. “The first thing everyone wants to do is say, ‘oh, we need to take away everybody’s guns.’ … Every case is different, but in almost every case, there’s red flags. I mean, what are we doing with it?”

Meanwhile, Sen. Josh Hawley (R-Mo.) said he’d support federal legislation boosting sentencing for shootings like the Texas massacre, but was cool to both a federal “red flag” law and the legislation coming up on Thursday.

“I think that it’s dangerous. I don’t think any administration should have that power and I think, quite frankly, it is a purely political stunt by the Democrats — and it’s a dangerous one,” Hawley said, referring to the domestic terrorism bill.

When asked whether Republicans would support the legislation, Senate Majority Whip Dick Durbin (D-Ill.), the lead sponsor of the bill, replied “I don’t know” but added, “They were all for it the last time we called it.”

Biden Insists ‘One Way’ for Putin to End War: ‘Pull Out of Ukraine’