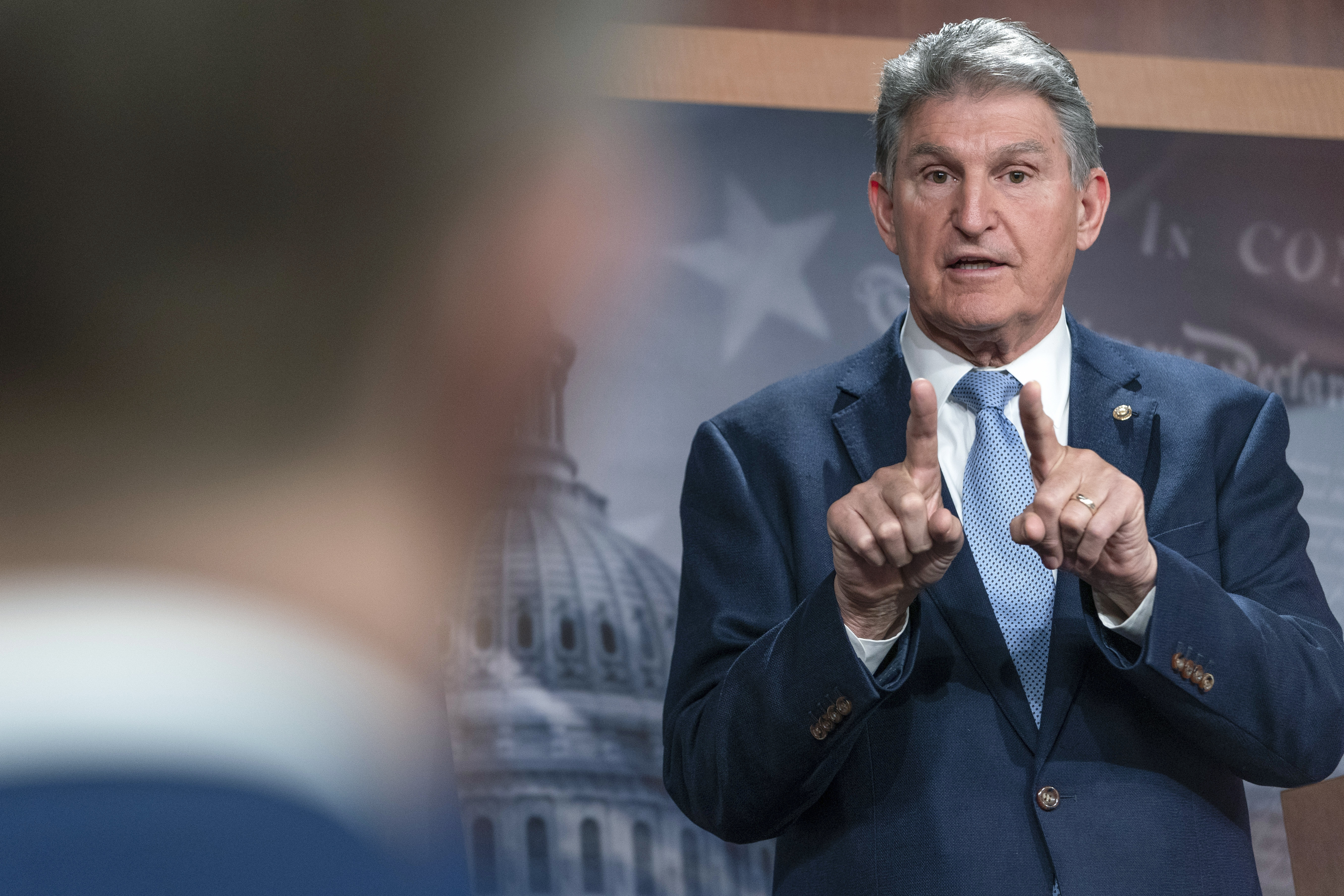 Senate Majority Leader Chuck Schumer started things off Monday by offering something of a roadmap to revive Democrats’ stalled domestic agenda, including hearings on a plan to lower prescription drug costs that would be the wallet-friendly centerpiece of the pitch by vulnerable Democrats. Moreover, the party’s cost-cutting agenda is expected to be a major focus in House and Senate Democratic retreats this week, a sign that the party is hearing out its endangered members who want to see a rebrand of their signature bill.

It’s Democrats’ attempt at a do-over after they struggled to sell a $1.7 trillion spending bill that Manchin rejected in December, capping off a gloomy period for the party following months of battling with progressives. Since then, Democrats have touted their pandemic aid law and the bipartisan infrastructure law — both passed last year — as proof of their effective governance, but lawmakers increasingly sense they need to clinch another signature piece of legislation to convince voters.

Sen. Michael Bennet (D-Colo.), who faces a tough reelection campaign this fall, said his constituents barely know what’s been in previous proposals “because of the hideous lack of communication with the American people.”

“What’s critically important for us is to come to an agreement quickly. The good news is there is a lot of potential here to pass something that is extremely popular with the American people,” Bennet said. “This gives us another chance, I mean Joe’s only one of 50 of us. But he said start with a blank sheet of paper. Well, he’s put some pencil marks on a blank sheet of paper.”

Manchin is floating a package that would reduce the deficit, lower prescription drug costs, plow some money into fighting climate change and reform the tax code. While he’s repeatedly said there are no formal talks going on with Biden or his colleagues, most Democrats take it as a sign he’s open for business.

And that’s welcome news for a group of Democrats who are trying to assemble a cost-cutting agenda but struggling to break through. Their proposed relaxation of the federal gas tax appears to be going nowhere, but the possibility of a party-line spending deal with Manchin through the budget reconciliation process offers Democrats some new hope.

“It is worth continuing to figure out how we work together to really focus on how we lower these costs for families and individuals right now,” said Sen. Catherine Cortez Masto (D-Nev.), who said she is working with a group of Democrats on a package that would take some pieces of the Build Back Better bill. “We should pull out those that really make sense.”

Democrats have talked for years about cutting the cost of prescription drugs, yet face the possibility their majorities will go home empty handed. Sen. Maggie Hassan (D-N.H.), another endangered incumbent, said her goal is to “hold Big Pharma accountable and bring down prescription drug costs.”

If all Democrats stick together, they could pass a tax reform, climate and prescription drug package without Republican support. Manchin envisions half of the revenues from the bill going toward deficit reduction and fighting inflation, which he believes is “very popular” among voters.

Still, it could be a tough sell for some progressives, who envisioned a broader package spending literal trillions of dollars. Sen. Bernie Sanders (I-Vt.) is pushing for a floor vote on legislation to lower the cost of prescription drug prices, regardless of whether it has the votes to pass the Senate.

And Bennet wants to revive the expired child tax credits that sent millions of families hundreds of dollars per month. That would eat up plenty of any revenue generated by the bill, however, and Manchin said that when it comes to getting his vote: “You don’t fight inflation by spending more.”

“That horse is out of the barn,” he added.

For most Democrats, Manchin’s vision is as good as any at this point. But time is running out; congressional primaries are already taking place and floor time is being gamed out of the rest of the year. Democrats’ chances are at reviving a party-line spending bill that solves some of their policy and political problems are dwindling.

“We need to get some more things done for the people of Georgia, for the American people. And I’d be interested in pursuing whatever path lowers costs for people, holds corporations accountable that are artificially raising prices,” said incumbent Sen. Raphael Warnock (D-Ga.), who is prioritizing lowering insulin prices. “It doesn’t matter to me about the path. I just want to get something done.”

Several Senate Democrats, however, are reluctant to engage in hypotheticals about a potential deal with Manchin, after seeing months of repetitive negotiations and no finished product. Sen. Sherrod Brown (D-Ohio) warned more day-to-day discussions would prompt negative headlines saying “that we’re talking to Manchin and this is going here and we’re failing.”

“What seniors have to pay in the state of Arizona for prescription drugs is fundamentally unfair,” Kelly said. “If and when that becomes an opportunity, yeah, we will refocus on that.”