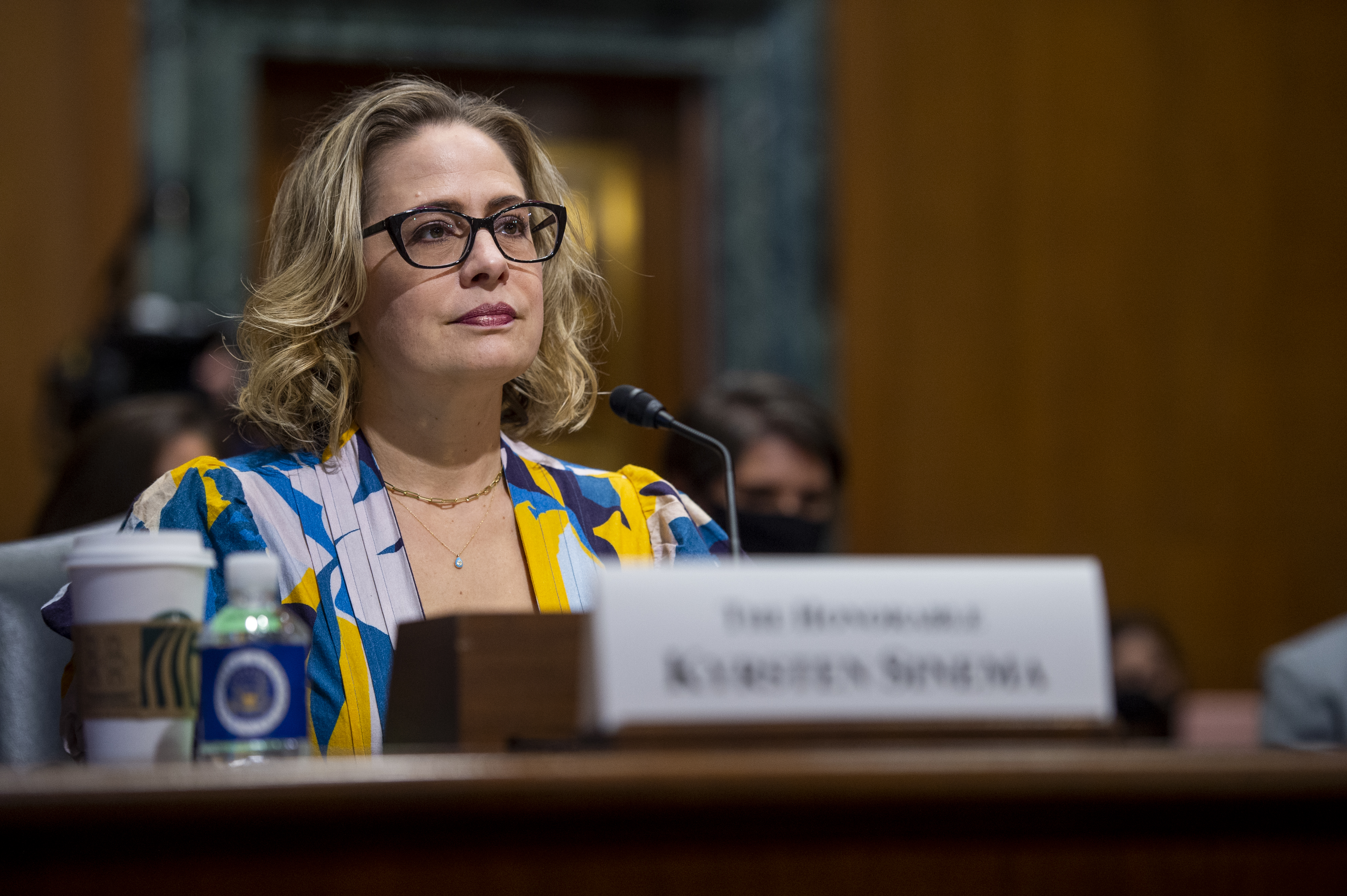 Sinema’s decision places perhaps the biggest burden on someone else entirely: Senate Majority Leader Chuck Schumer. The chamber’s top Democrat and his campaign arm are already under enormous pressure, particularly from the left, to unite behind a 2024 Senate candidate from their own party — instead of falling in line behind Sinema.

Grijalva described the party’s job in simple terms: “[T]o coalesce around a Democrat and get that ready. That’s all we can do.”

Chuck Coughlin, an Arizona-based strategist who left the Republican Party in 2017 and is now unaffiliated, said that “people are taking a collective gasp” in his state. “Everybody’s going to be reevaluating the options, because it completely scrambles the deck. It puts her in charge of the narrative.”

But even Sinema allies acknowledge behind closed doors that 2024 won’t be an easy fight for her either. While she’s always been a strong fundraiser, she would lack party resources — like a ground game — that are critical for voter turnout, particularly in a sprawling state like Arizona. Republicans in the state, even if some do support her, would not be expected to assist with that.

National Democratic forces aren’t rushing to take a position on Sinema’s departure, nor are they committing to work against her. Privately, some operatives said they’re waiting for cues from party leadership on how to proceed.

Spokespeople for both the Democratic Senatorial Campaign Committee and Senate Majority PAC, the super PAC aligned with party leaders, declined to comment.

Gallego isn’t the only Democrat being discussed as a potential Senate contender in 2024. Rep. Greg Stanton, a former mayor and Maricopa County Democrat representing Tempe and part of Phoenix, is another name getting floated among political operatives in the state.

Several people close to Arizona’s Democratic delegation said Sinema’s move amounted to an acknowledgment that she couldn’t win a primary. Some insisted she had no path to reelection at all, citing bad blood between the unpredictable senator and the party apparatus.

Sinema’s favorability among Arizona Democrats has slipped the last two years. The progressive polling firm Data for Progress in January found her favorability rating with Democratic primary voters to be just 19 percent, compared to 78 percent for Sen. Mark Kelly (D-Ariz.).

That same survey showed Sinema getting trounced by Gallego in a head-to-head primary battle, with Gallego capturing 74 percent support, compared to 16 percent for Sinema.

Gallego, who has eyed and then passed up a Senate run in the past, has remained mum about his plans. Asked by reporters in the Capitol recently, he said: “I’m answering that in 2023. We’re still in 2022.”

While Sinema’s party switch could affect GOP votes as well, most operatives watching the Senate races said it will hurt Democrats more. Many agree there’s little risk that Sinema would dramatically split the GOP vote, since independent candidates historically pull more from Democrats than they do from Republicans.

Gov. Doug Ducey was courted by national Republicans to run in 2022, though he ultimately declined to do so and said earlier this year that he has no interest in running for Senate. But Republicans are again pushing him to get in for 2024 — and should he do so, he would be the early favorite, bringing an already existing statewide campaign infrastructure and immediate access to national donors. GOP Reps. David Schweikert and Andy Biggs are other names being discussed by party operatives in the state.

Sinema would be a rare formidable independent candidate if she runs, positioning herself to capture a significant share of the centrist vote from both parties. But she could be particularly attractive to moderate Republicans, if GOP primary voters continue down the path of choosing nominees who prove off-putting to general election voters.

“We just saw all the MAGA candidates lose, which is a good sign for her,” Coughlin said. “I think what she’s doing is rolling the dice on the continuing evolution of the Arizona electorate.”

One consensus in Arizona political circles: Few were surprised by the news.

“Mona said, ‘What happens to Sinema? I bet you she goes independent,’” Grijalva said. “In terms of her leverage in the Senate, the universe shifted with that victory.”

This Ex-Navy Drone Operator Is Now Working With Lizzo. 'Anything In This World Is Attainable.'