It’s hard to believe, but some of Hollywood’s most talented and acclaimed actors have repeatedly been nominated for Emmys without ever taking one home. In celebration of the 73rd Annual Emmy Awards on Sept. 19, 2021, Wonderwall.com is taking a look at a few of those winless stars, starting with Steve Carell… “The Office” might have been the funniest show on television in its heyday, but its star — who was nominated a total of six times for his performance as bumbling boss Michael Scott — was never rewarded for his comedic efforts. (Steve also missed out on three Emmys for producing the beloved comedy.) His luck didn’t change in 2020 when he was nominated for his work on “The Morning Show.”

RELATED: The most buzzed-about fashion from Emmys past

Hollywood icon Angela Lansbury has been nominated a record 18 times but has never won an Emmy! The acclaimed actress received 12 consecutive nominations for every season of “Murder, She Wrote” plus nods for her work on “Law & Order: Special Victims Unit,” “The Blackwater Lightship” and more.

RELATED: See the stars at their very first Emmy Awards

George Clooney received two Emmy nominations for his performance as Dr. Doug Ross on “ER” but went home empty handed both times. The A-list Oscar winner eventually received some Emmy recognition, however: He took home the honorary Bob Hope Humanitarian Award at the 2010 Emmys. That same year, he also scored another nomination for executive producing the charity telethon “Hope for Haiti Now: A Global Benefit for Earthquake Relief.”

RELATED: The most buzzed-about Emmy moments of years past

Kristen Wiig is laugh-out-loud funny, but that hasn’t translated into any Emmy wins. The hilarious actress earned six Emmy nominations for her work on “Saturday Night Live” and two other noms for her performances on “The Looney Tunes Show” and “The Spoils of Babylon.” In 2021, she got another shot at a statue thanks to her outstanding guest actress in a comedy series nod for her work hosting “SNL.”

Jason Alexander has earned eight Emmy nominations but lost each time. The actor received seven nods for his performance as George Costanza on “Seinfeld” and one nomination for a guest spot on “Dream On.”

Anthony Anderson earned a whopping 10 Emmy nominations between 2015 and 2021 for producing and starring on “Black-ish.” Could this be the year he finally takes home Emmy gold?!

Michael C. Hall is one of Hollywood’s best actors, but he’s never won an Emmy. The star landed his first nomination in 2002 for his work as David Fisher on “Six Feet Under” and later earned six nominations for producing and starring on the creepily good Showtime series “Dexter.”

Keri Russell has been nominated three times for her work on the hit show “The Americans” but has yet to win an Emmy. Meanwhile, her on-screen and real-life partner, Matthew Rhys, won his first Emmy for his work on the spy drama in 2018.

Matt LeBlanc has earned quite a few Emmy nominations but has yet to win an award. The actor was nominated three times for his performance as Joey Tribbiani on “Friends“ and received four nominations for playing a version of himself on “Episodes.” In 2021, he’s up for outstanding pre-recorded variety special for the “Friends” reunion as an executive producer.

Back in the ’80s, Phylicia Rashad scored two Emmy nominations for her performance as America’s mom, Claire Huxtable, on “The Cosby Show.” But her perfect performance wasn’t enough to snag an Emmy. Since then, she’s been nominated four more times: once for her work in the TV movie “A Raisin in the Sun” and three times for guest starring on “This Is Us” in 2019, 2020 and 2021 — meaning her losing streak could soon come to an end!

Robin Wright dominated as Claire Underwood on “House of Cards,” but her performance hasn’t landed her an Emmy. The talented beauty received five consecutive nominations in the outstanding lead actress category between 2013 and 2017 — and again in 2019 — plus two nominations as a producer on the show.

Ed O’Neill snagged three nominations for his work as patriarch Jay Pritchett on the award-winning sitcom “Modern Family,” but the “Married… With Children” alum never took home the trophy.

Jane Krakowski’s hilarious performances have earned her five Emmy nominations — four for her work on “30 Rock” and one for her performance on “Unbreakable Kimmy Schmidt” — but none have translated into actual wins.

Back in the ’80s — before she scored three Emmy nominations for her lauded performance on “Cybill” — Cybill Shepherd also earned a nomination for her work on “Moonlighting,” making her a four-time Emmy loser.

Christina Hendricks earned six consecutive nominations between 2010 and 2015 for her performance as Joan Holloway on AMC’s award-winning drama “Mad Men” but never landed an Emmy win.

David Duchovny is a talented actor who’s yet to experience an Emmy win. The star received two Emmy nominations for his work on “The X-Files” and two nominations for guest spots on “Life with Bonnie” and “The Larry Sanders Show” but never won.

Connie Britton has brought her talents to numerous award-winning shows but has never snagged an Emmy of her own. The actress was nominated four times across three different shows — “Friday Night Lights,” “American Horror Story” and “Nashville” — without a single win.

“Two and a Half Men” was one of the biggest sitcoms of the aughts, and yet its troubled star, Charlie Sheen, never took home an Emmy for his work as Charlie Harper — even though he scored four consecutive nominations between 2006 and 2009.

Mayim Bialik received four consecutive Emmy nominations between 2012 and 2015 for her work as neuroscientist Amy Farrah Fowler on the CBS sitcom “The Big Bang Theory” but never took home the award.

Kim Cattrall slayed us all as high-powered publicist Samantha Jones on “Sex and the City,” but her stellar performance didn’t snag her an Emmy. The actress has been nominated five times but gone home empty-handed after each and every ceremony.

Similarly, Kim Cattrall’s “Sex and the City” co-star Kristin Davis was nominated for an Emmy for her performance as demure Charlotte York on the HBO show but also never scored a win. Sarah Jessica Parker and Cynthia Nixon, meanwhile, both took home Emmys for their work on the iconic series.

Denis Leary received four Emmy nominations for his acting and writing on the FX show “Rescue Me” but never landed a win.

Jane Kaczmarek scored seven Emmy nominations in consecutive years between 2000 and 2006 for her performance as Lois on “Malcolm in the Middle,” and yet she’s never won an Emmy!

Funnyman Tracy Morgan was nominated twice for an Emmy — once for “30 Rock” and once for “Saturday Night Live” — but never brought home the gold.

Meredith Baxter is a five-time Emmy nominee — one of her nominations is for 1992’s “A Woman Scorned: The Betty Broderick Story” and two are for her work on the ’70s series “Family” — but she’s never won the coveted prize.

Though Calista Flockhart was nominated not once, not twice, but three times for an outstanding actress in a comedy series Emmy for her work on “Ally McBeal,” the actress surprisingly never ended up taking home Emmy gold. 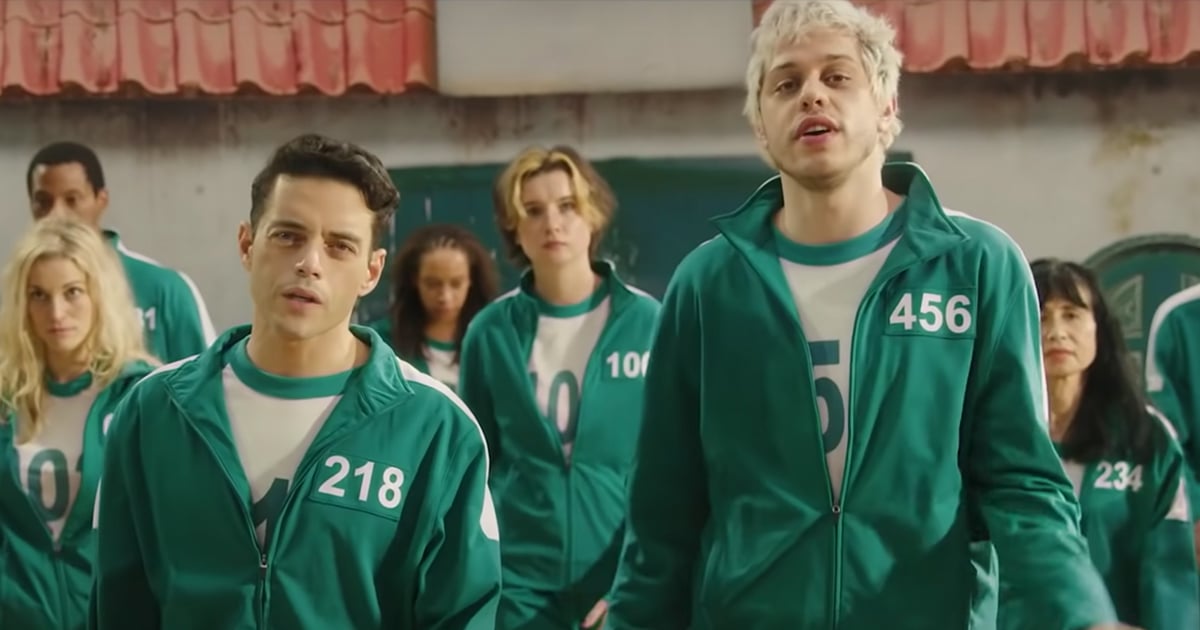