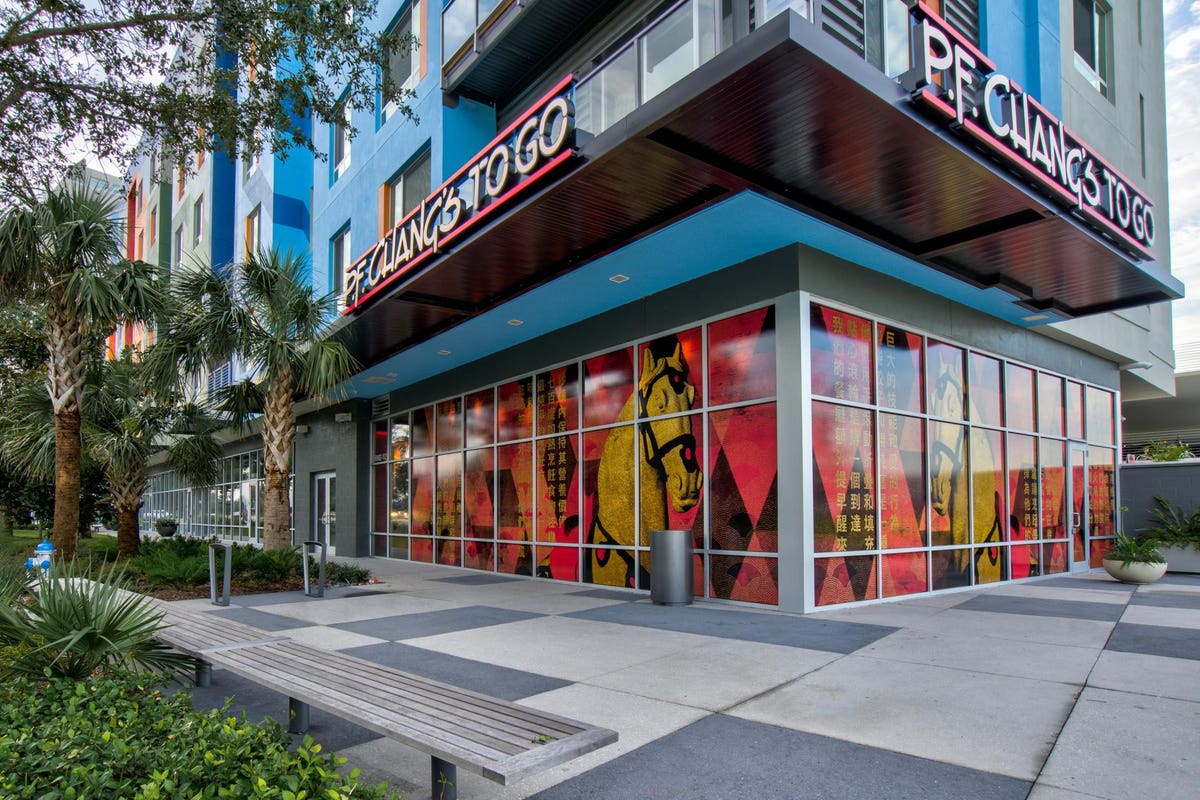 Remember the days when families or people on dates dined at Chinese restaurants, where they sat and talked and lingered and took their time eating. That still predominates at most of P.F. Chang’s Bistro eateries, where it offers full-service, but to meet the needs of its changing clientele, it has opened a number of to-go eateries.

In February 2022, the restaurant chain P. F. Chang’s introduced P.F. Chang’s To-Go, with a smaller footprint, and an emphasis on take-out and delivery.

P.F. Chang’s Bistros currently has 201 locations in the United States, across 40 states, and 92 locations overseas. Every one of its U.S. restaurants is company-owned; hence, it doesn’t franchise in the U.S. at all.

Currently, 12 of its locations in New York, Florida, Texas, and Chicago are designed as P.F. Chang’s To Go. But in 2022, it plans on adding eight more to-go locations including in Union Square in New York City and a remodel in Atlantic City, N.J.

The new streamlined P. Chang’s To-Go launched in Chicago, averages about 1,700 square feet in size compared to its larger 7,000 square feet sit-down eateries. Currently, two of the P.F.Chang’s To Go locations have seating, but some will be retro-fit to include seating, usually with a maximum of 20 people.

In March 2019, P.F. Chang’s was acquired by the private equity firm Paulson and Co. that owns 80% of it with TriArtisan Capital Advisors the remaining 20%. It named Damola Adamolekun CEO in 2019, a former partner at Paulson’s and graduate of Harvard Business School.

Adamolekun, who is based in Scottsdale, Az, said its to-go concept “aims to meet the evolving needs of consumers, and many are on the go. They can grab a meal between appointments or on the way home.”

Yet he also emphasized that its P. F. Chang’s Bistros, which offer full-service dining still prevails at the restaurant chain. “For every one of To Go locations, there will be three Bistros opened in the future,” he stated.

The to-go concept fits for Chinese food, Adamolekun suggested. “Chinese is really the original to-go food. In 2019, we saw strong customer preference for off-premise consumption, so adjusted our model accordingly,” he said.

Adamolekun described the to-go concept as a “supplemental piece, designed more to access markets we can’t access.” For example, they’re exploring opening a to-go eatery at Woodbury Commons, a major shopping mall, about 50 miles upstate from New York City. Full-service won’t work there, but quick meals to go would.

He described the To-Go concept as more fast-casual dining like a Shake Shack or Chipotle. “It’s a quicker stop, but there is some seating so they can sit and eat,” he said.

The menu at the To-Go concept is comparable to the full P. Chang’s menu though some dishes don’t travel well, such as breaded tempura chicken, noodle dishes and Korean glass noodles, and are left off the menu.

Its labor costs are higher than some of its competitors because even its to-go eateries rely on a full set of chefs who makes all dishes from scratch and many from a wok.

Nonetheless, most of the to-go locations were generating $1.5 million to $1.8 million each. “If business workers come back, that will push them to $2 million,” he said.

When it first introduced the P.F. Chang’s To-Go locations, it expected that it would appeal more to busy urbanites than suburbanites. Adamolekun noted that its primary demographic is suburban “and we’ve seen a shift in population in the work from home environment.” Moreover, its urban business has shifted since more officer workers are staying home to work, rather than traveling to the office.

It also partners with a host of third-party deliverers including DoorDash, Grubhub, Uber Eats, Postmates, and Caviar.

But it also offers self-delivery at 94 of its locations and its’ To-Go eateries, which accounts for about 30% of its delivery orders. That allows it to “hedge against future fee hikes from third-party deliverers as they seek profit improvements,” noted Adamolekun.

Adamolekun ultimately viewed the To-Go concept as more of a “real-estate strategy. It gives us the flexibility that lets us get into markets that would be difficult for a 7,000 square foot space. I can open more units because they’re smaller and cheaper to operate.”