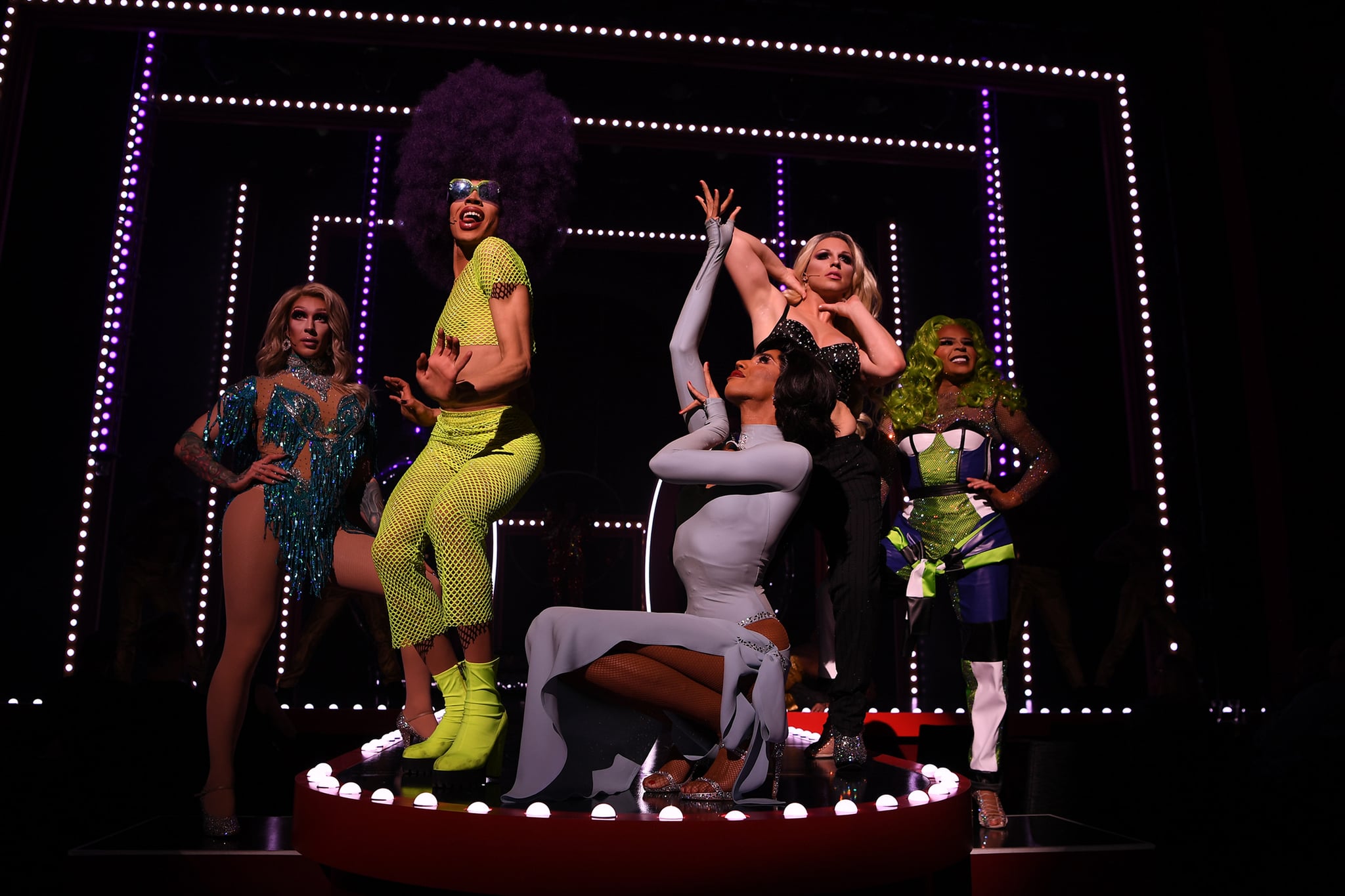 “I feel so excited because it’s always been a dream of mine to be in a huge production.”

Eureka O’Hara, Jaida Essence Hall, Plastique Tiara, and Trinity K. Bonet have all joined the fierce live experience, and they couldn’t be more excited to perform in front of their beloved fans. “I feel so excited because it’s always been a dream of mine to be in a huge production, and the amount of time and energy and everything that’s gone into this new production is incredible,” “RuPaul’s Drag Race” season 12 winner Hall tells POPSUGAR. “I’m so glad that I get to jump in, slap a little bit of my personality in there, and give a little bit of the fantasy. It’s going to be incredible.” 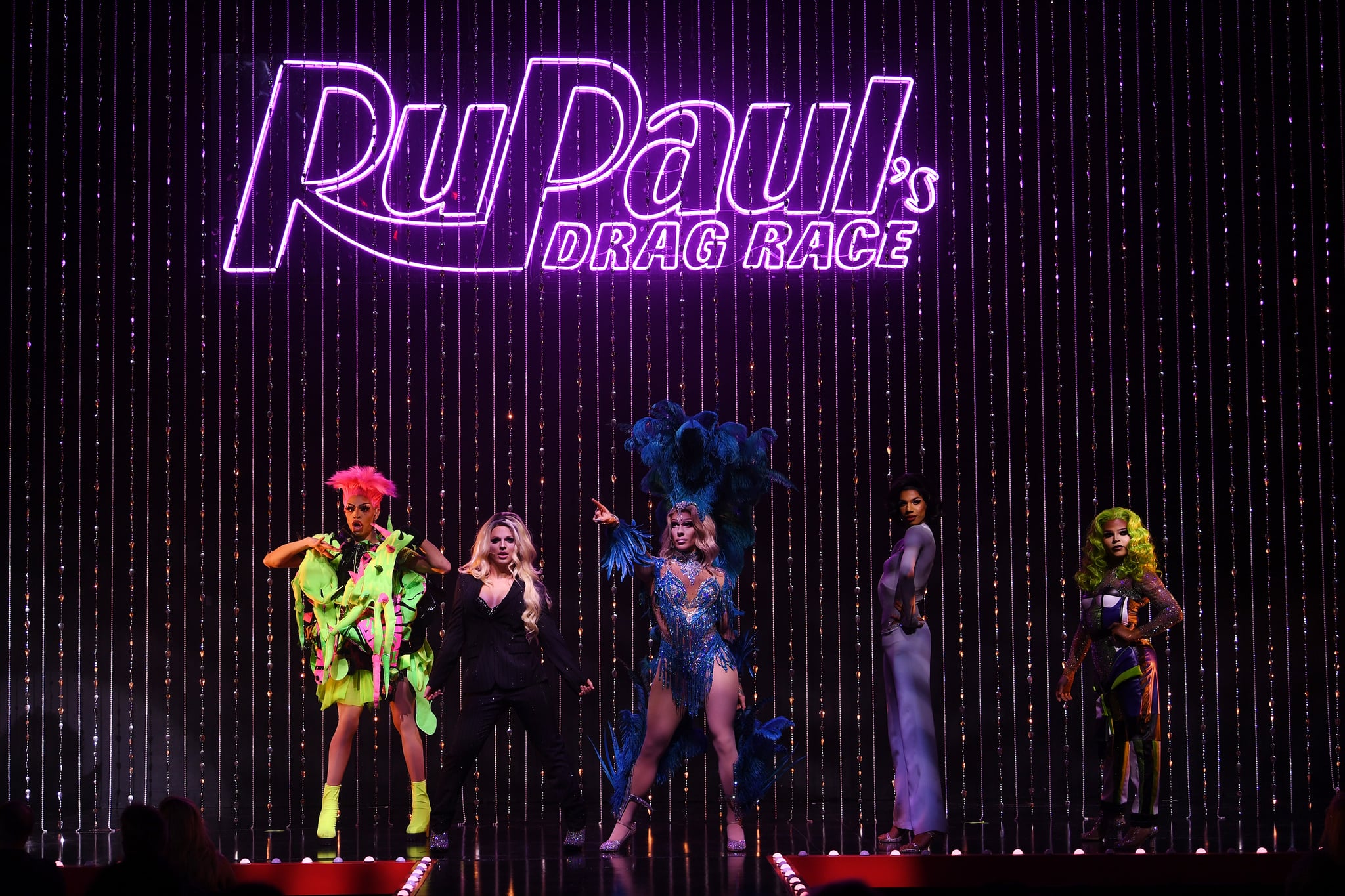 Many of the newly added queens were every bit surprised and elated to find out they had been picked to perform in Las Vegas. Bonet — who was a front-runner on “RuPaul’s Drag Race All Stars” season six — tells us that it still hasn’t hit him that he’s a part of the show now, but admits he gets a little emotional just thinking about it. “I’m such an emotional person, girl, I’m like, ‘God, please do not let me start crying when I walk out here,” he says. “God has been so good to me. And I’m the most unlikely person out of any of my friends, growing up and stuff, to like be — I hate to use the word — famous, [and] a headliner in Vegas . . . So I’m just so humbled and grateful to be here.”

“There’s an energy level that’s unmatched when you get to see performances live.”

The critically acclaimed Las Vegas revue — which starts back up with the new cast on Feb. 3 — is described as “the most sickening eleganza extravaganza in Las Vegas herstory.” According to the cast, that reputation holds up pretty well and they each look forward to bringing all the style, flair, and dramatics they know people who are fans of “RuPaul’s Drag Race” are looking forward to.

“The Vegas live experience is fun,” O’Hara tells us. “There’s a lot of things that relate to the TV show. There’s fun little moments, like the entrance room, the mini challenges, the maxi challenge. But the good thing is, is they get to see us working together, performing live in front of their faces instead of on a TV screen. There’s an energy level that’s unmatched when you get to see performances live . . . then people get to understand what the judges are seeing and feeling during those moments. It can really change one’s perception about an entertainer.”

“There are some competition aspects of the show, but because we’re not actually in a serious competition, we get to relax and take more creative risks.”

The obvious difference between “RuPaul’s Drag Race” and “RuPaul’s Drag Race Live!” is the TV series versus the live, in-person experience. But Hall shares that performing at the live show allows her and the other queens to have a bit more fun without the stress of eliminations. “Instead of having a panel with four judges judging you, each night we have an audience filled with hundreds of people judging us and judging our performance,” she admits. “But still . . . we get to have a little bit more fun because it’s not a competition. There are some competition aspects of the show, but because we’re not actually in a serious competition, we get to relax and take more creative risks.”

Bonet adds to Hall’s statement, saying, “‘Drag Race’ is a competition. When you’re there, you’re solely there to compete. You got to be on your sh*t . . . And if not, you’re eliminated and you go home, and then that’s just that . . . but this [experience] just goes to show you that when you do good on the show and you make it, you get these type of opportunities where you headline at the Flamingo Las Vegas . . . I can’t even really put it into words, I’m still trying to gather it. I’m preparing, I’m rehearsing, but I’m gagging. I’m really gagging.” 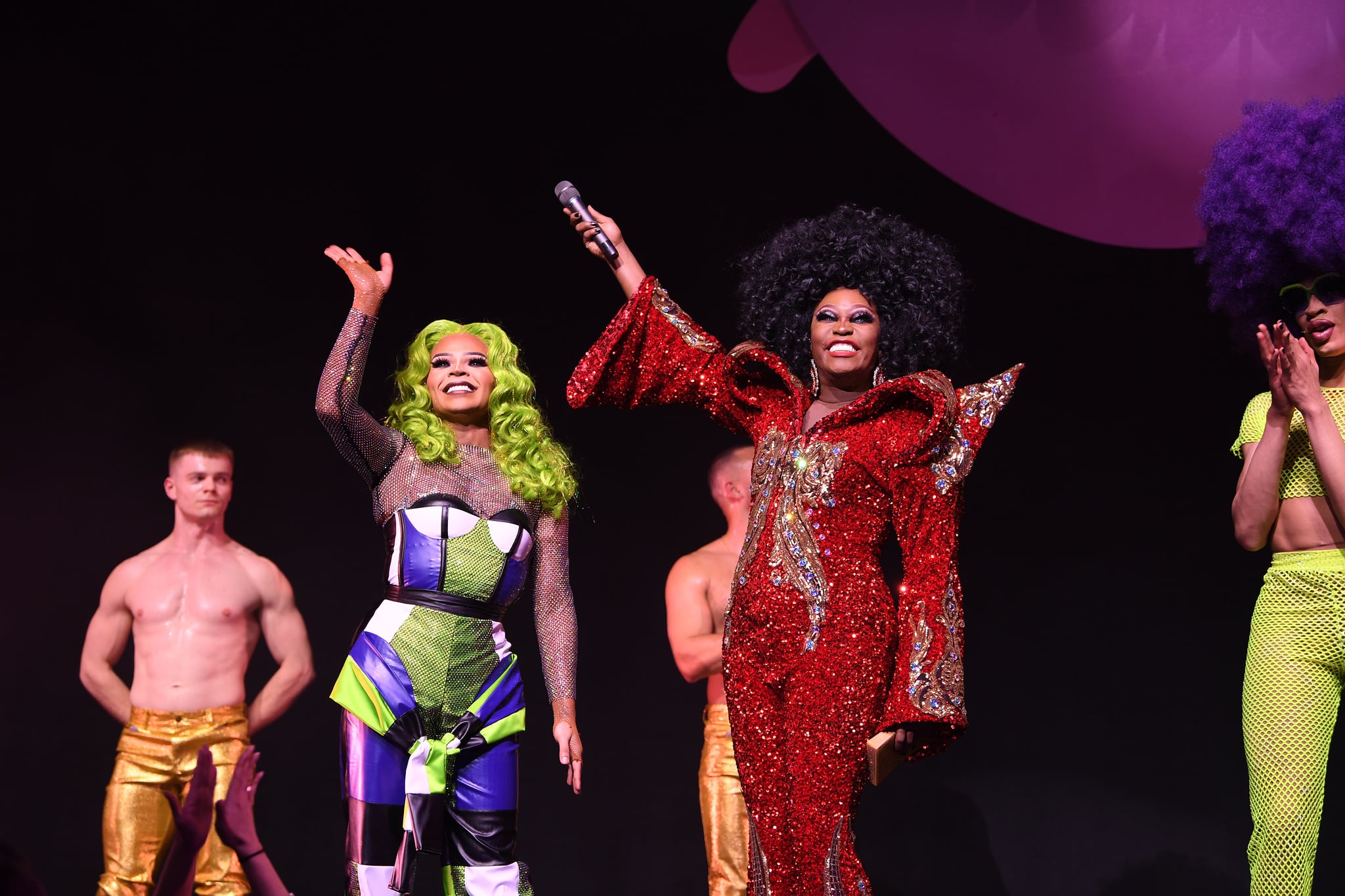 Above being able to perform on stage as a collective, the most rewarding part about “RuPaul’s Drag Race Live!” is the queens having the opportunity to work alongside each other, not as competitors, but peers who just want to put on a spectacular performance. “It’s good to work with people that you respect and who do drag and they love it as much as you do,” Hall says. “Because I know that means that every single night when we get on the stage we are going to stick it to the audience every single time.”

“RuPaul’s Drag Race” performs Thursday through Monday from Feb. 3 through the end of the year and tickets are available for purchase now.

Ford Is Seriously Considering Spinning Off Part Of Its EV Business

Rob Deer was an unlikely Player of the Week 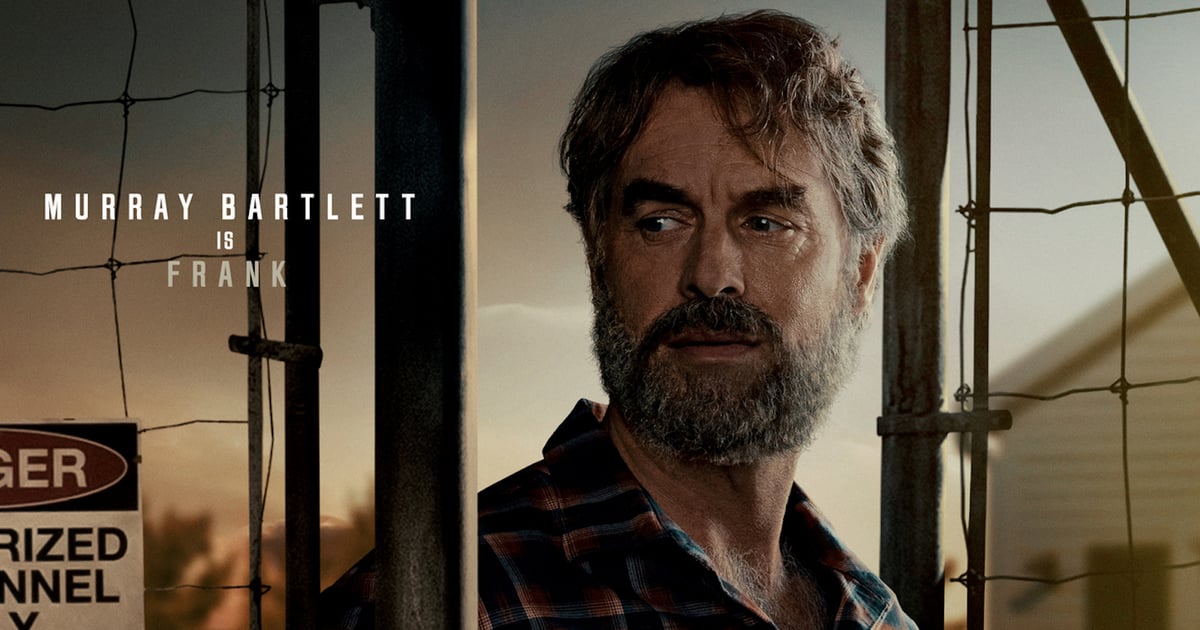 The Last of Us: Bill and Frank, Explained 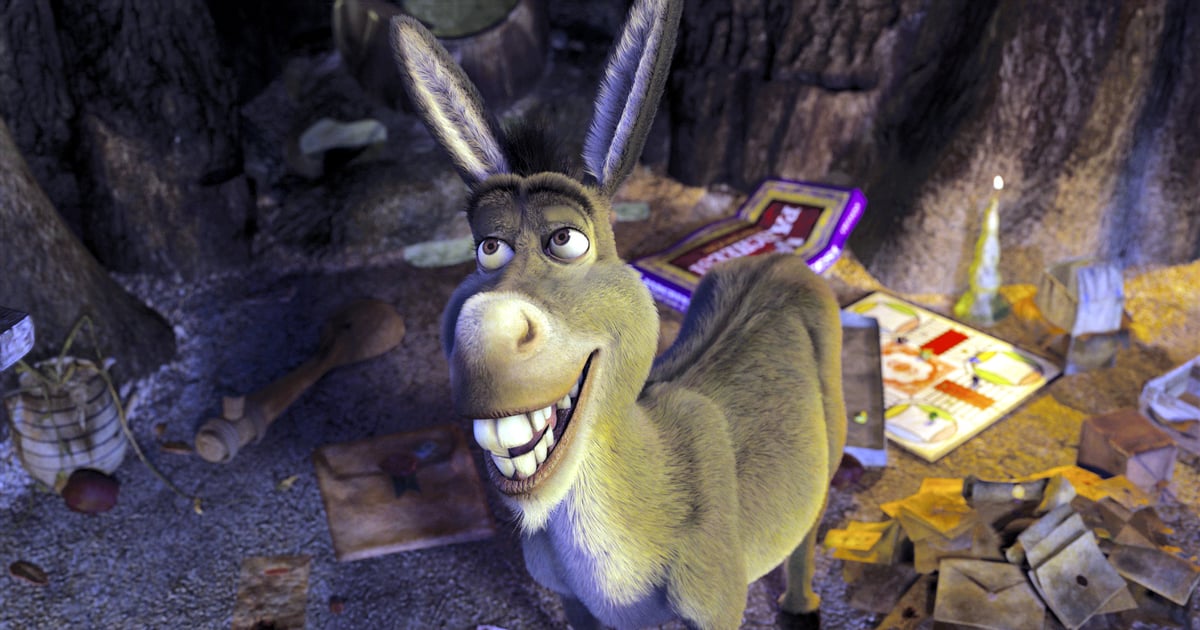 Eddie Murphy Wants to Do a Donkey Shrek Spinoff Movie 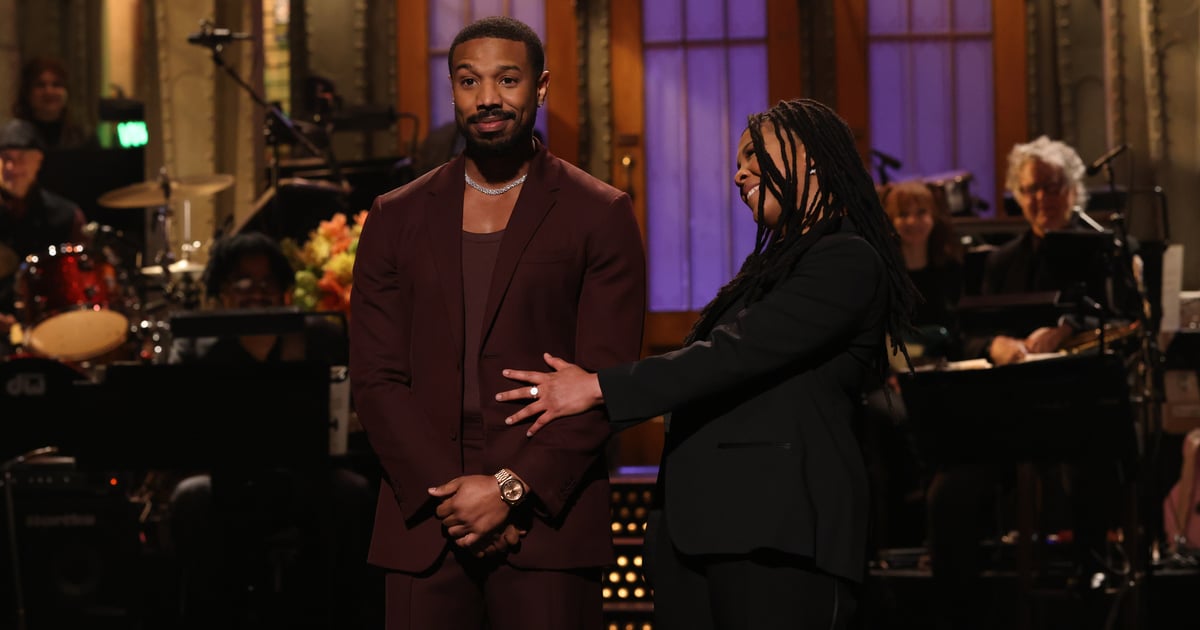