No matter what Republicans do, Schumer can shepherd President Joe Biden’s replacement for Justice Stephen Breyer through the Senate, as long as he keeps his 50-member caucus together. And at the moment, Senate Republicans aren’t expecting a contentious battle, given that Breyer’s replacement won’t shift the balance of the court.

But Schumer’s history on judicial confirmations, as well as his starring role in years of wrangling over lifetime appointments to the nation’s courts, offers a window into his views of the federal bench as he prepares for his most high-profile confirmation yet. Underscoring how formative Schumer’s early years on the Judiciary Committee have proven, many colleagues in both parties remember them well — though their memories diverge on key points.

Democrats recall him foreseeing a federal judiciary that was moving to the right. Republicans blame him for the increasingly partisan confirmations of circuit and district court nominees, a once-routine process in the Senate. Sen. Chuck Grassley (Iowa), the top Republican on the Judiciary Committee, said this week that when it takes the Senate a long time to approve judges, Schumer “can look back that he started this.”

Schumer, for his part, has no regrets.

“I never relished this fight, but the fight came to us,” Schumer said in a statement to POLITICO. “Conservatives have been using the courts to implement their extreme and deeply unpopular agenda that they’ve been unable to get through Congress. Faced with a dark-money-funded juggernaut, we had to fight against these extreme right-wing nominees. I think the records of many of these judges have proven me right.”

Before becoming chair of the Senate Democratic campaign arm and climbing the ladder in party leadership, Schumer was especially known as a leader of the charge against Bush’s judicial nominees. Republicans still bring up Schumer’s role in the Democratic stonewalling of Miguel Estrada, Bush’s pick to the D.C. Circuit Court of Appeals. Estrada’s confirmation failed in 2003 after Senate Democrats blocked the pick, arguing they had insufficient evidence of how he would rule.

That moment made Estrada the first judicial nominee successfully filibustered by members of only one party.

Schumer “stirred up to the point where these considerations of judges now, the water is poisoned,” said Grassley. “We have all of these disputes over judges and filibusters that I’m sure he’s sorry he took us down that road. But he did that during the Bush administration, and that’s the pattern that we have.”

The New Yorker doesn’t need to show his combative side — so far — as the Senate prepares for another Supreme Court fight. Schumer has vowed that the chamber will conduct a “fair process” and move swiftly to confirm whoever Biden nominates. Democrats theoretically don’t need Republicans to confirm Biden’s pick. And despite Democratic Sen. Ben Ray Luján’s (N.M.) absence from a recent stroke, a Schumer spokesperson said it’s not expected to affect the timeline for the confirmation.

“This is a big responsibility. And I know he feels it,” said Judiciary Committee Chair Dick Durbin (D-Ill.), who served on the panel with Schumer until the latter took over the caucus. “We’ve talked about it over the weekend. And we want to do it right.”

South Carolina Sen. Lindsey Graham, who’s viewed as one of the most likely Republicans to support Biden’s pick, predicted that Schumer would “follow a road map” already set out, but one that might change depending on how much cross-aisle support Democrats and the Biden administration are seeking.

“Are they trying to get somebody that can actually get Republican votes in large numbers? Who is their audience? If the audience is the left, that will dictate one path,” Graham said. “If the audience is this group of ladies that could do the best with Republicans, that’s another path … That’s up to the White House. I think Sen. Schumer is going to make sure that the process is handled consistently with what we’ve done in the past.”

The upcoming Supreme Court confirmation will be the first time Democrats can capitalize on a rules change Senate Republicans made in 2017, allowing high-court justices to be confirmed by a simple majority vote. Republicans saw that shift as a response to a 2013 change by then-Majority Leader Harry Reid (D-Nev.), allowing simple-majority confirmations of circuit court and district court nominees. At the time, the late Reid cited the GOP filibustering of President Barack Obama’s nominees.

Republicans say Schumer’s early encouragement of judicial filibusters has contributed to the politicization of the courts and erosion of the Senate. Yet Democrats who knew him at the time say he predicted the influence of the Federalist Society in the conservative legal world.

Schumer’s longstanding interest in the federal judiciary dates back to his days on the House Judiciary Committee, and is evident to this day as he prioritizes the confirmation of Biden’s judges on the Senate floor. He announces whenever he makes a recommendation to the White House for judicial nominations. He takes pride in pushing for Justice Sonia Sotomayor’s nomination to the Supreme Court, even before there was a vacancy.

Former Sen. Russ Feingold (D-Wis.), who sat on the Judiciary Committee with Schumer, recalled the New Yorker’s attunement to judicial confirmations emerging during Bush’s first term, when he would hold strategy sessions back then with Judiciary panel colleagues.

“He immediately made the proper composition of the courts and the confirmation of judges his top priority,” Feingold said. “What he was doing was what a good legislator does … identify an issue that others haven’t really put the time into and said ‘Look, this really matters.’”

At the start of the George W. Bush administration, the Senate — like today — was divided 50-50. In the spring of 2001, Democrats convened for a retreat in Farmington, Pa., to discuss judicial nominees and heard from a panel of law professors including Laurence Tribe and Cass Sunstein, who later served in the Obama administration. Tribe and Sunstein warned then that the Bush administration planned to name hard-line conservatives to the federal bench and encouraged Democrats to take a tougher stance.

Several weeks later, Schumer, who chaired Judiciary’s subcommittee on courts, convened a hearing on whether political ideology should play a role in judicial nominations. That question has surfaced in multiple confirmation hearings since and is expected to do so again as Biden makes his Supreme Court pick.

“If the president uses ideology in deciding whom to nominate to the bench, the Senate, as part of its responsibility to advise and consent, should do the same in deciding whom to confirm,” Schumer wrote in a 2001 New York Times op-ed. “Pretending that ideology doesn’t matter — or, even worse, doesn’t exist — is exactly the opposite of what the Senate should do.” 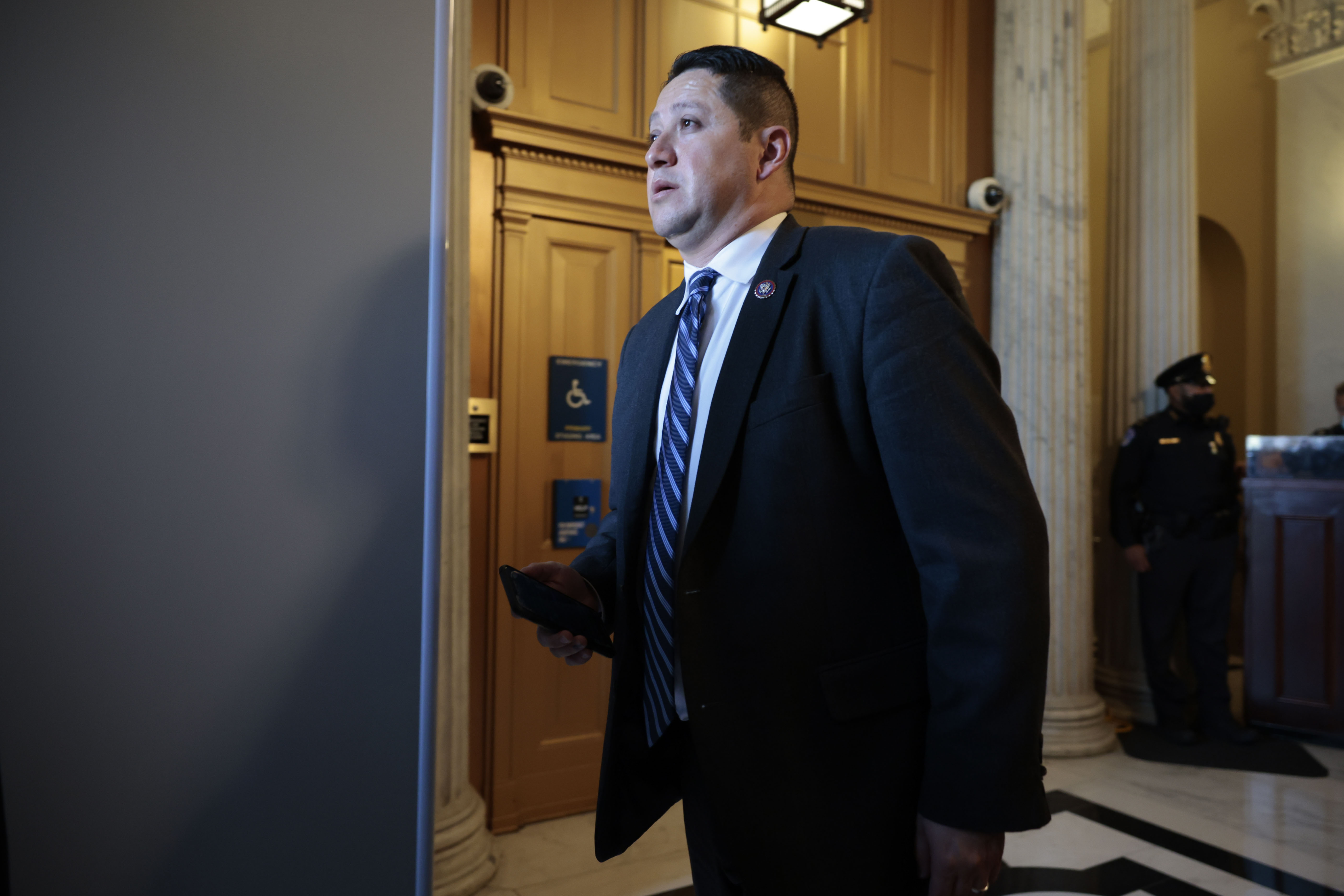