Today marks the ninth installment in our history of Imperial, as the calendar flips over to 1961. The second generation Imperial is not quite to the middle of its tenure on its own platform, the D-body. Virgil Exner imposed a wild new styling direction on Imperial for 1960 that was both outlandish visually, and heavy-handed in its execution. “More of that,” said Exner for ’61.

The 1960 Imperial’s front end proved a one-off, as for 1961 the new Series RY1 (with L, M, H trim designations) sported an entirely new visage. Gone was the grinning V-shaped grille and bumper, its wrap-around grille, and half-lidded headlamps. In their place was a front end of a much more horizontal design. The grille was rectangular and constrained between the headlamps. Said headlamps were free-standing, four in number, and rested upon sticks like lollipops. The bumper was much thinner than in 1960, almost completely horizontal, and featured minimal design and adornment. The front fenders were recessed and sculpted behind the lamps, and front-wheel wells implemented a cutaway effect like a car from the Thirties. Script Imperial logos were larger and depicted in an even more dramatic font. Chrome body trim continued all the way to the rear like the prior year but ended in the largest tail fins ever fitted to any Imperial. Tail lamp placement moved to be more inset into the rear fin, and the lighting position was lower. The bumper carried over from 1960, but the trunk’s popular continental kit option gained more detailing and trim. Inside, electroluminescent gauges were no longer in separate circular pods but were grouped together in a horizontal rectangular fashion, just like the car’s new front end design.

Imperial lost a body style this year, as the standard pillared sedan (a basic model) was no more. That left a hardtop and convertible with two doors, and the four-door pillarless Southampton hardtop. The Ghia-built Crown Sedan and Limousine continued with similar changes to production models and were still made as special order vehicles in incredibly small numbers. The new styling in ’61 meant Imperial was slightly longer than before and spanned just over 227 inches overall. Width increased to 81.7 inches, a figure that remained static through 1963. Height remained at 56.7 inches for 1961. The enormous length was notable: In 1961 Elwood Engle at Lincoln restyled the Continental for its fourth generation, and the flagship’s overall length shrunk to 212.4 inches. From 1961 to D-body’s conclusion in 1966, Imperial came with considerable length compared to Lincoln. Imperial was the longest standard (non-limousine) car made in America. The size came at a price: A top trim LeBaron with its crazy styling asked $6,428 ($59,900 adj.).

The awkward styling didn’t go over as well in 1961 as it had in 1960. Sales fell by over 5,000 units to 12,258, a decline of 30 percent. Matters were made worse by a continual decline in overall quality as the D-body aged, a notable issue for discerning luxury customers. Imperial no longer held the prestigious sales crown and handed it over to Lincoln. Chrysler execs ordered up more changes for the 1962 Imperial to try and reverse the company’s fortunes. Production moved back to Jefferson Avenue Assembly where Imperials had traditionally been built, as sales had fallen to a level where it was no longer necessary for Imperial to have its own factory. Illustrious Imperials were built alongside Chryslers once again.

Visuals were more restrained in 1962, as Imperial started to back itself out of the styling corner Exner was so fond of. Given his disagreements with Chrysler’s management, design associates made required edits to the cars after Exner finished them. Known as SY1 (L, M, H), The ’62 model saw only modest changes to its front end as free-standing headlamps remained, but were separated by a new and more pronounced split-wing grille. An upright Eagle hood ornament appeared for the first time, while the bumper below was entirely unchanged from the prior year. Body side trim still ran the full length of the car, but was thinner than before and had less detail. Fenders were clipped of their large fins; only modest ones remained. Like the 1955 and 1956 Imperials, tail lamps were free-standing atop the fenders, and of a gunsight design. Interiors for 1962 remained much the same as the prior year.

There was a change on the mechanical front that year, as the old Torqueflite A466 was replaced by an updated three-speed, the A727. The cast-iron case of the A466 was replaced by a one-piece aluminum case on the A727, which saved on both space and weight. There was a 60-pound difference between the two, and space-saving aluminum meant there was a smaller central transmission hump in the Imperial. That improved the comfort outlook for front middle passengers. For the first time, Imperial had a park button on the gear selector, as A727 had a parking pawl. The A727 gained a reputation for reliability, strength, and ease of repair.

Sales increased slightly with the more restrained look of the 1962 Imperial, up to 14,337. By that time Virgil Exner was headed out the door at Chrysler. He’d had continual disagreements about styling direction with Chrysler’s top brass over the past handful of years, and wanted large fins to continue on cars. Said fins were falling out of fashion by the start of the Sixties, but Exner would hear none of it. He criticized the Dodge and Plymouth designs of 1962, shapes that were downsized by other design associates at Chrysler and had no fins, contrary to Exner’s protests. He declared the Mopars were like “plucked chickens.” 1963 was the last time Exner exerted any influence on Chrysler’s styling, as he’d been fired. Chrysler let Exner stay on as a consulting employee until 1965, where he could retire with his pension at age 55.

Chrysler execs saw the work Elwood Engel did on the 1961 Lincoln Continental and were most impressed. In a timing coincidence, Engel wasn’t thrilled to be at Ford any longer as the company selected Eugene Bordinat to lead Ford’s design department in 1961, instead of Engel. Chrysler hired Engel away immediately as Exner’s replacement, and his design cues started to appear on Imperial for 1963.

The ’63 Imperial was a last-of moment for the D-body, as Exner’s 1961 design received one final showing. The series this year was TY1 (L, M, H). Gone was the split grille of the 1962 model, as it reverted once more to a one-piece horizontal grille, albeit with larger chrome segments than in ’61. Other elements of the front end remained unchanged in the Imperial’s hold-out year. At the rear one of the few changes that year was the tail lamp design, which became much more conservative than before. Set into the rear fenders, the rectangular and upright lamps bore no Mid-century design; they were just lamps. Roof shapes grew more upright this year, as Engel-derived formality took the place of more wacky curved shapes from Engel. Overall length was the only dimension to change in 1963, up slightly to 227.8 inches.

With a new director of design, the Imperial was completely reworked for 1964 as it shored up its final two model years as a D-body. We’ll finish up with this long-lived generation next time.

Call Of Duty: Vanguard Was Best-Selling Game In U.S. In November, With Battlefield 2042 Behind It In Second Place 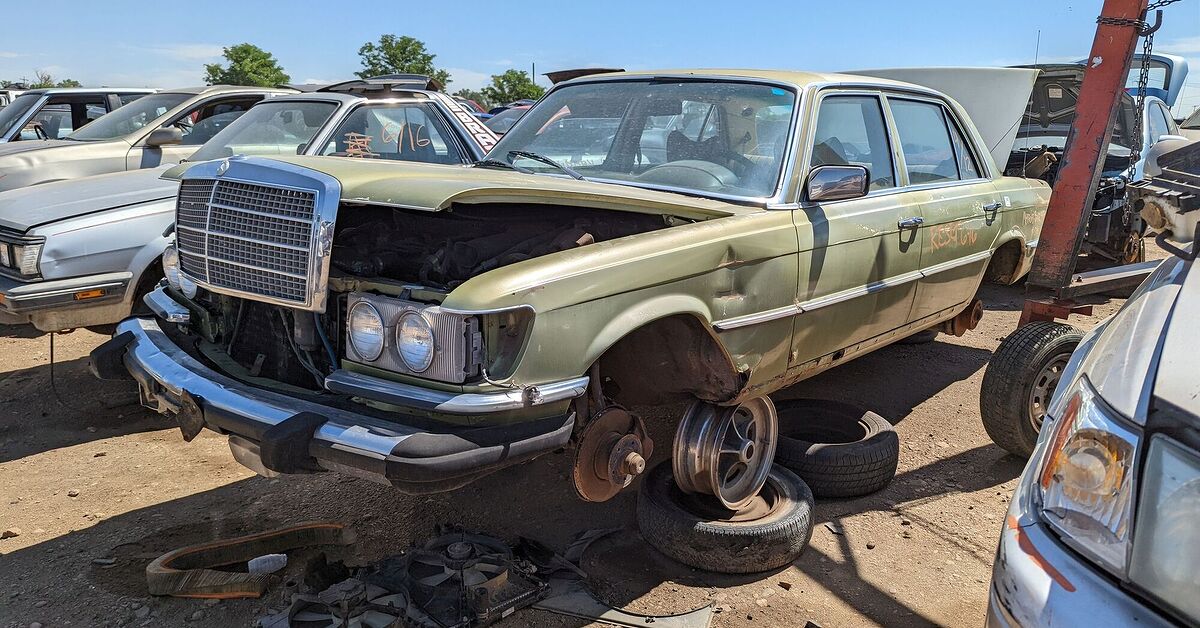