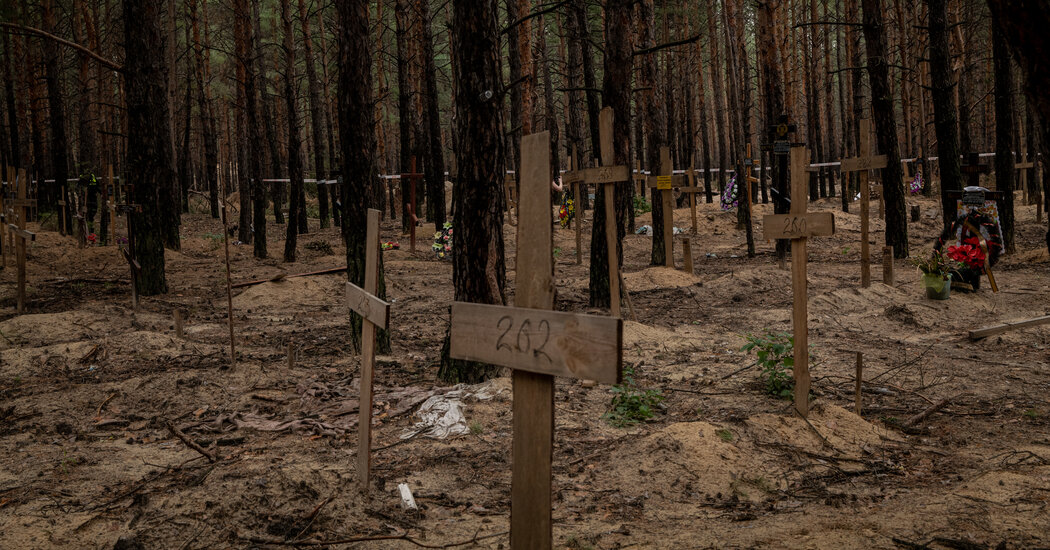 PARIS — Every culture wants to memorialize its dead. Every family needs the missing to be identified to reach closure. Perhaps that is why a wartime mass grave offends something so deep in the human conscience.

Little can be said with certainty about the mass burial site discovered at Izium, in a pine forest in northeastern Ukraine, other than that it is the beginning of a long story. Restoring human dignity to the most dehumanizing of scenes — heaped anonymous corpses, the reduction of lives to nothing, the stench of abandonment — is a painstaking forensic endeavor.

For many months, perhaps years, the work will continue to match DNA samples, collate the scraps, establish the cause of death, and determine what crimes may have been committed by the Russian forces who fled a week ago. Any mass grave — from Bosnia to Rwanda, from Argentina to Guatemala — demands of our humanity the reconstitution of the individual lives ended there.

“On one side in Britain you see the Queen’s dignified burial and on the other this mass grave stemming from mass violence,” said Anjli Parrin, the Kenyan deputy director of the Human Rights Clinic at Columbia Law School. “They are two extremes that remind us that the idea of someone missing, buried anonymously, is a violation of a fundamental instinct to honor the dead.”

When President Vladimir V. Putin’s Russia retreats, evidence of possible atrocities surfaces. That now seems to be a pattern of Moscow’s war in Ukraine, most recently in Izium, the northeast city where hundreds of graves were found last week after Russian soldiers fled.

The post-apocalyptic scene last spring in Bucha, near Kyiv, of dozens of corpses arrayed in black plastic bags beneath weeping birches laden with mistletoe has proved to be the prelude to another troubling landscape.

The exhumation of a burial site in a pine forest, after more than five months of Russian occupation of Izium, has revealed one mass grave of Ukrainian Army soldiers — seventeen of them, according to an inscription on a cross. There were also 445 mainly unmarked individual graves. Dmytro Lubinets, the Ukrainian Parliament’s commissioner for human rights, spoke of “genocide of the Ukrainian population.”

But genocide — requiring the “intent to destroy, in whole or in part, a national, ethnicial, racial or religious group, as such,” in the words of the 1948 Genocide Convention — is not easily proved. Other international crimes, including crimes against humanity and extrajudicial executions, may also have occurred.

It took nine years for the International Criminal Tribunal for the Former Yugoslavia to rule that the 1995 Serbian killing of more than 8,000 Bosnian men and boys around Srebrenica constituted genocide. This was the worst single massacre in Europe since 1945.

It was also a massacre foretold. For any correspondent covering the war there, as I did, it was clear for a long time that the so-called “safe areas” of Bosnia under the protection of the United Nations were no such thing. The blue helmets of U.N. troops had become a symbol of impotence. The horror, when it came, was merely a re-enactment, on a different scale, of the eviction and slaughter of the Muslim population of Bosnia by Serbian forces three years earlier, at the start of the war in 1992.

Izium, if the war in Ukraine endures and festers (even for years as seems possible), is unlikely to be the last site of myriad graves lost in the forest. Nor are the horrors emerging in Ukraine new to a nation with a poignant history in this regard, including at Babyn Yar, the ravine in Kyiv where more than 33,000 Jews were massacred in 1941 by the Nazis.

My colleague in Bosnia, Elizabeth Neuffer of the Boston Globe, who was later killed in Iraq, wrote of the Cerska mass grave 17 miles northwest of Srebrenica in “Crimes of War,” a book edited by Roy Gutman and David Rieff:

“The corpses were dressed in civilian clothes. They had gunshot wounds to the back of their heads. Their decaying hands were bound behind their back.” She continued: “Each part of the human skeleton — some two hundred bones and thirty-two teeth — has its tale to tell.”

To establish the cause and manner and circumstance of death in war is hard. That much I have learned.

“It’s not just the collection of evidence that is difficult, it is preserving it,” Ms. Parrin, who has been working on mass graves in the Central African Republic, said. “You are labeling and numbering and photographing under enormous stress and trauma, and you have to demonstrate the chain of custody — who passed what to whom and who locked it in which office and when.”

It’s easy to get something wrong. Mistaken identity is not unusual.

Before Bosnia, there was Argentina, which I covered in the mid-1980s. Buenos Aires was awakening then to the scope of a national nightmare. Every conversation seemed to end in tears as parents, haunted by desperate imaginings, recalled their children who had been “disappeared” by the military junta. That many of the tens of thousands of “desaparecidos” had been dumped from planes into the South Atlantic between 1976 and 1983 was not yet known.

So did the Argentine military turn “disappear” into a transitive verb and the ocean into a mass grave. I sat and listened. That’s what journalists do: listen through silence, awaiting a clue, the revealing epiphany, the face that crumples like a dynamited building.

The grief of bereaved parents was overwhelming. Sudden disappearance was too much to bear. There was no farewell and no adequate means to mourn. This twisted minds toward desperate acts.

I took away the conviction that, for the bereaved, disappearance into an anonymous mass grave turns every living being into someone with a possible resemblance to a lost child, whose death can never be entirely accepted.

Before Argentina, there was Lithuania. My grandmother came from Zagare, a small Lithuanian town renowned for its cherries. The last Jew there, Aizikas Mendelsonas, died in 2011. When he was born in 1922, there were almost 2,000 Jews in Zagare, with its seven synagogues.

The Nazis ended all that after pushing into Lithuania in June 1941. On Oct. 2, 1941, the Jews of Zagare were ordered into the main square before being taken into the woods for execution.

In 1944, the Soviet Red Army, having fought its way into Lithuania, examined a mass grave in the forest outside Zagare and found 2,402 corpses (530 men, 1,223 women, 625 children, 24 babies), as I discovered in researching a book on my family. A sign in the woods points to the “Graves of the Victims of the Jewish Genocide,” now also commemorated by a monument on the main square.

The hypothetical European fate of my family, had they not left Zagare in time, was to die nameless in a nameless ditch. Perhaps that is why mass graves have haunted me.

These things linger, subliminally or not. Two decades after Srebrenica, a French photographer, Adrien Selbert, showed me photographs of the town, now gathered in a book called “Srebrenica, From Night to Night.” They captured a town overcome by the weight of the past, unable to shake it off, gripped by a kind of sullen idleness. Stray dogs wander empty streets. Neon signs and streetlights glare into vacancy.

It was clear that all the bullets the Serbs emptied into their male victims constituted an equal violence upon their female survivors, who were left with the hurt of the unsayable.

What Russia has done, in Izium and elsewhere, is forge a Ukrainian national identity that is more powerful than ever, along with wounds that will be refracted down through the generations. 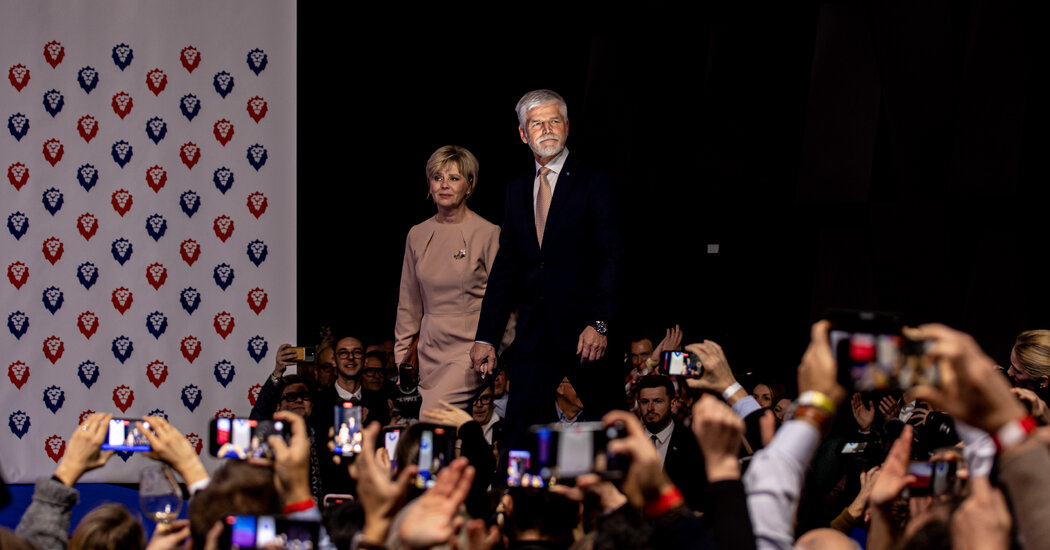 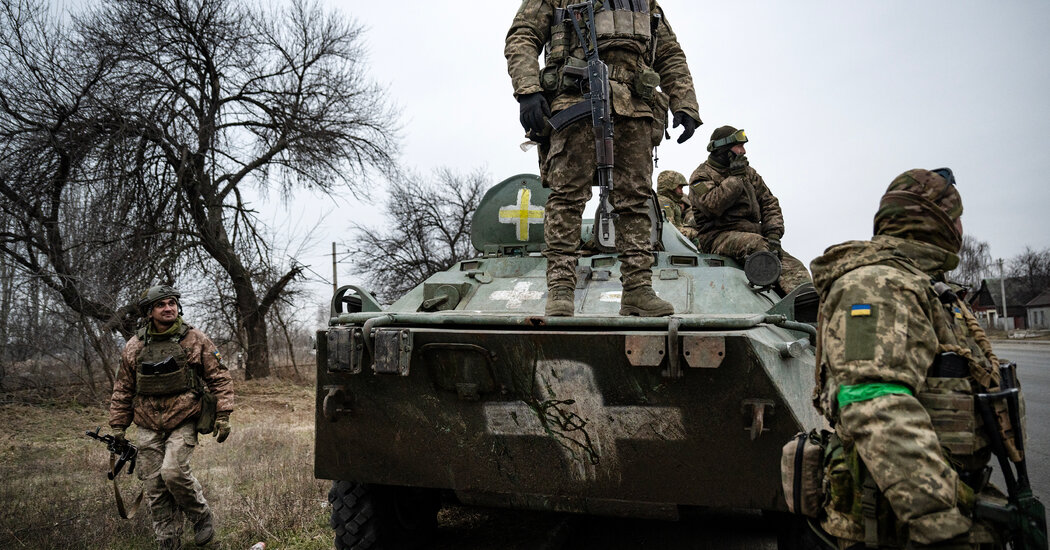 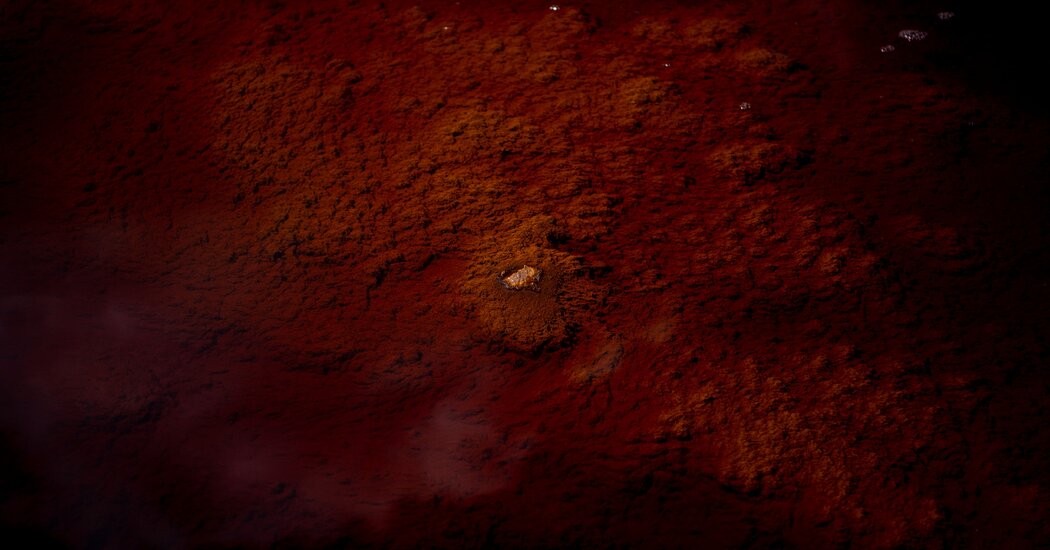 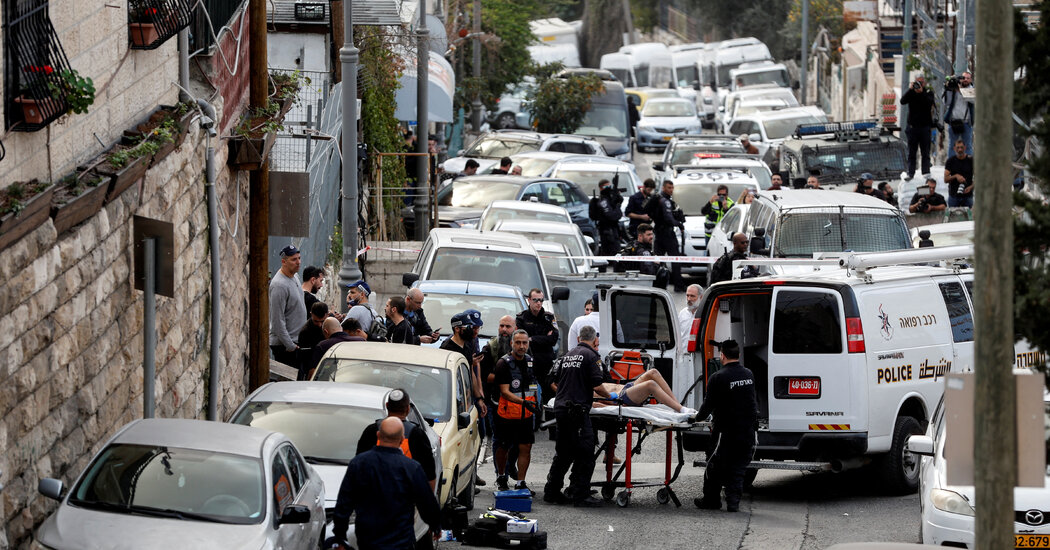 2 Injured in Jerusalem Attack, Hours After a Nearby Mass Shooting