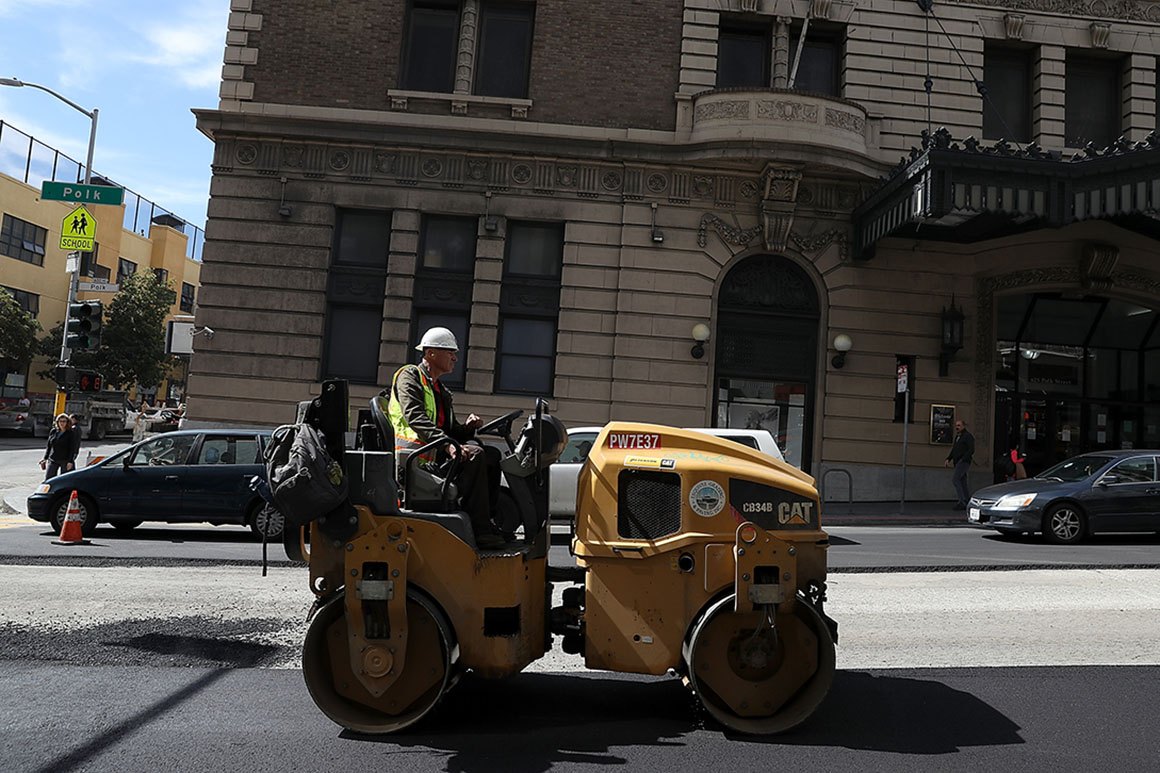 And it’s not just the infrastructure bill that could be in jeopardy if those GOP votes don’t appear on the floor next week, with a group of progressives still warning they’ll block the bill without more concessions on a broader, partisan spending package. The Problem Solvers Caucus itself is facing a critical test of survival in the messy floor fight over Biden’s deal. And there could hardly be a more glaring example of the group’s mission than a roads-and-bridges funding bill blessed by both the Democratic president and the Senate GOP leader.

“This bipartisan infrastructure bill was essentially a Problem Solvers product,” said Rep. Tom Malinowski (D-N.J.), a member of the coalition strongly urging their colleagues to back the bill. “It would not be an argument in favor of bipartisanship for the Republicans who are part of that [bill] to turn their backs on it now.”

Roughly 10 Republicans are expected to vote for the infrastructure deal, nearly all of them Problem Solvers members, according to lawmakers in both parties who are keeping an informal whip count. But that precise number remains in flux amid uncertain Democratic dynamics.

While a small corner of the GOP is eager to prove cross-aisle cooperation is alive and well, it’s a complicated vote for many moderate House Republicans, who are under intense pressure from party leaders not to deliver a win for Biden — and potentially hurt their chances of flipping the House. One such Republican described House Minority Leader Kevin McCarthy’s whipping operation as “strong.”

“From a caucus perspective, we’re going to be there. Not everybody, but we’re going to have a sizable showing. And that’s a good thing,” said Rep. Tom Reed (R-N.Y.), a founding co-chair of the group. “Substantively, it’s a pretty solid bill.”

Support from Republican Problem Solvers or other members would mean defying party leadership, which has formally come out against the bill. McCarthy told reporters Thursday he did not “view it as a bipartisan bill any longer” and would be urging his members to vote against it because of the Democrats’ plans to couple it with the larger social spending plan.

The two co-chairs of the group, Reps. Josh Gottheimer (D-N.J.) and Brian Fitzpatrick (R-Pa.), have been doing their own whipping behind the scenes, encouraging as many of their 29 GOP members to vote for the bill as possible.

It was the main topic in a lengthy meeting of the group earlier this week, where multiple Democrats in the room pitched their GOP colleagues. Many stressed not just the importance of the bill, but the role of bipartisanship broadly in a year that has seen relations between Republicans and Democrats hit rock bottom.

Even after the dark days following Jan. 6, when lawmakers of opposing parties were nearing open warfare against the other, Problem Solvers members were determined to show progress toward legislation like infrastructure. Through the spring and summer, leaders of the group got involved in the infrastructure discussion with the White House and Sens. Kyrsten Sinema (D-Ariz.), Rob Portman (R-Ohio) and others.

Those groups met both informally and formally on the subject for months, including at an overnight summit at Larry Hogan’s governor’s mansion in Maryland. They took the partnership so seriously that when Democratic leaders began to formally tie infrastructure with their party’s partisan bill, House GOP lawmakers became livid and some members of the Problem Solvers privately mulled quitting the group. None ultimately did.

The Problem Solvers have dealt with plenty of issues that split the caucus before. One of the toughest votes in the group’s history came earlier this year, when the House voted on whether to create a bipartisan, independent commission to investigate the Jan. 6 insurrection.

One of the group’s members, Katko, struck a compromise with House Homeland Security Committee Chair Bennie Thompson (D-Miss.) on a bill to create the independent commission that would have barred current members of Congress from serving on the panel and delivered a report by the end of the year.

But former President Donald Trump intervened, and McCarthy ultimately recommended his caucus vote against it — publicly abandoning Katko and inflaming many of his conference’s moderates. Thirty five Republicans ultimately bucked the party to vote for the commission, including 18 members of the Problem Solvers Caucus, many of whom said they voted yes to support Katko.

Democrats in the group say they hope the infrastructure vote can get just as many Republicans, if not more than that commission vote.

It’s not just GOP Problem Solvers members who are signaling they’ll likely vote for the bill. Northeast Republicans such as Reps. Nicole Malliotakis (N.Y.), and Jeff Van Drew (N.J.) both told POLITICO they were leaning toward supporting it.

“It’s like every other bill. There are good things, and not so good things. And you have to balance it with your district and see what would be the best vote,” Malliotakis said in an interview.

Still, Fitzpatrick cautioned that the GOP dynamics could dramatically change by then, with Democratic leaders now aiming to bring both the infrastructure and broader spending bill to the floor next week.

“So many people’s decision depends on how the process plays out,” Fitzpatrick said. “There’s a lot of people who support infrastructure, who may not be in love with the bill but they’re OK with it. But they want nothing to do with the $3.5 trillion.”

Olivia Beavers contributed to this report.

This is the #1 Best Face Mask, Evidence Shows