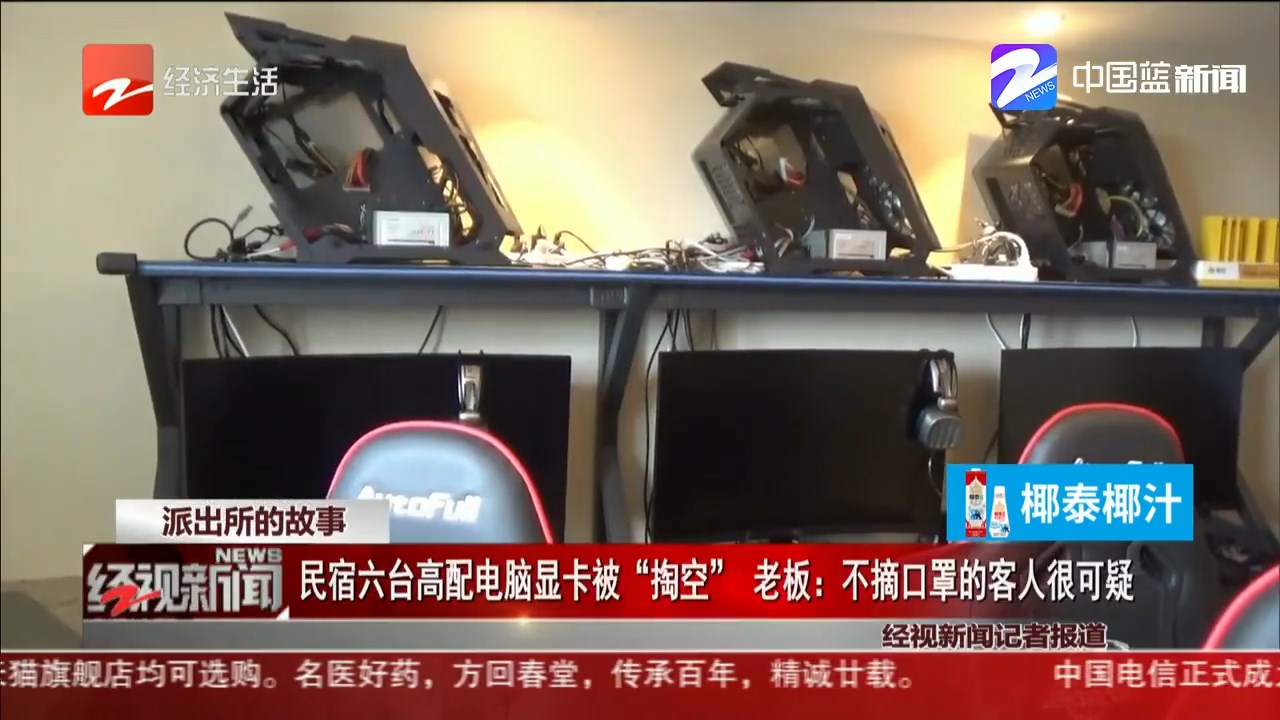 Things couldn’t be worse for enthusiasts looking to score one of the best graphics cards, but it appears that bandits in China have taken matters into their own hands. Chinese news outlet 浙样红TV has reported that thieves have stolen over $7,000 worth of high-end graphics cards from an Internet cafe in the city of Hangzhou. The police haven’t been identified the band of robbers.

The Internet cafe owner claims that the bandits escaped with six high-end graphics cards. Although he didn’t specify the exact model, he told the police that each stolen graphics card was worth around 7,000 yuan ($1,094). However, he estimates a total loss of 50,000 yuan ($7,812). From what we can see from the video, the thieves may have also made off with the motherboards, which explains the total stolen value.

Apparently, the perpetrator contacted the owner to rent his Internet cafe. He used a fake ID and was also wearing a face mask due to the pandemic. Regrettably, the owner didn’t ask the person to take off his mask to verify whether he was who he claimed to be. Under the pretense that his friend was coming to game, the robber asked the owner for a garbage bag as a distraction to get him out of the room. When the owner returned, the malicious deed had been done.

For thieves and smugglers, graphics cards are the new gold. With the continuing shortage, graphics cards sometimes sell for more than five times their MSRP. In comparison to dealing drugs or trafficking arms, commercializing graphics cards isn’t exactly a crime unless you obtained them illegally.

It was only two months ago that the Hong Kong customs confiscated up to 300 of Nvidia’s CMP 30HX graphics cards in a smuggling sting, and we’re sure this isn’t the last GPU heist we’ll hear about before the shortage ends.