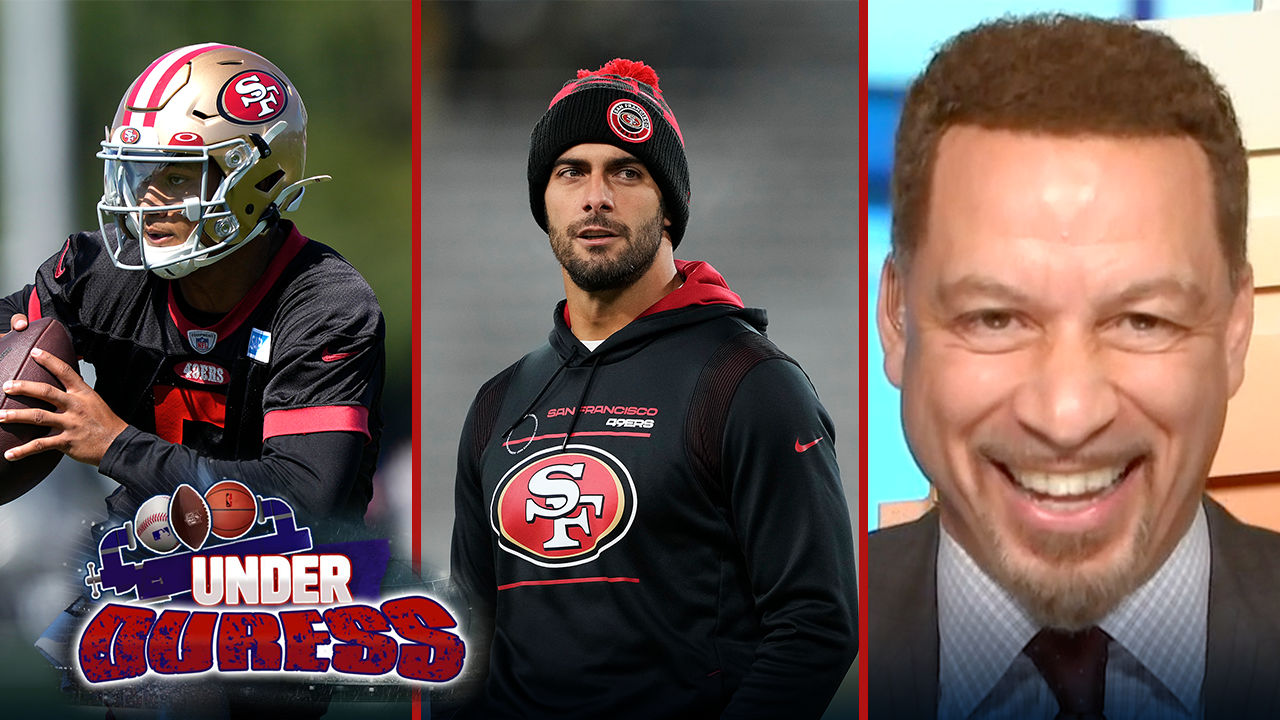 It’s no secret that Trey Lance and Jimmy Garoppolo are feeling the heat in San Francisco, and that’s why the former and prior 49ers QBs make an appearance on the Under Duress list. Chris Broussard breaks down why the two are featured this week. He also explains why Lamar Jackson of the Baltimore Ravens has a lot to prove heading into the NFL season, as well as Bill Belichick of the New England Patriots. Plus, there’s one NBA star that Broussard can’t ignore, and Nick Wright reacts to Broussard’s picks.