Given the rich pedigree of the Tiger models, could the 660 fill in the entry-level gap for the first time Triumph buyer? 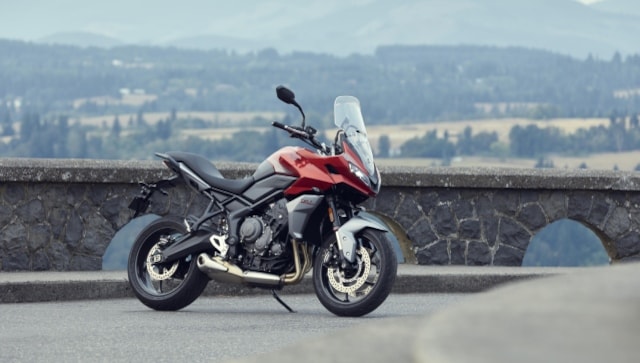 Triumph has released quite a number of teasers for the upcoming Tiger Sport 660 arriving in India, and recently we got a date as well. On March 29, the UK-based motorcycle manufacturer will launch its Trident 660-based tourer in India. As the name suggests, the Tiger Sport 660 will be the smallest adventure tourer the brand has in the country. However, it will differ from the Trident in a number of crucial ways. Namely – ergonomics, style and pricing. Given the rich pedigree of the Tiger models, could the 660 fill in the entry-level gap for the first time Triumph buyer?

In terms of ergonomics, the Triumph Tiger Sport 660 makes use of the same frame as the Trident 660, but has a slightly altered sub-frame and a longer swingarm, resulting in a longer wheelbase (11mm). Suspension travel has been increased too, on both ends by 150mm, which also means the seat height has gone up to 835mm. Triumph has also fiddled around with the seat to make it much more touring-friendly. However, the Tiger Sport will be powered by the same 660cc, three-cylinder motor which puts out 81hp and 64Nm; and comes mated to a six-speed gearbox.

In terms of design, the most obvious change has to be the semi-fairing, twin-LED headlamps and bigger fuel tank. There’s also a new TFT instrument cluster to go along with all the other changes. Overall, the Tiger Sport 660 looks quite well-finished and does appear like a genuine alternative to the Trident for the more touring-oriented. What remains to be seen is the pricing Triumph will employ with their upcoming ADV. It is likely to be priced around the Rs 9 lakh mark, according to trusted online sources, but that still is a lot more than the closest competitor – Kawasaki Versys 650 – which retails at Rs 7.15 lakh (ex-showroom).

Wine News of the Weird