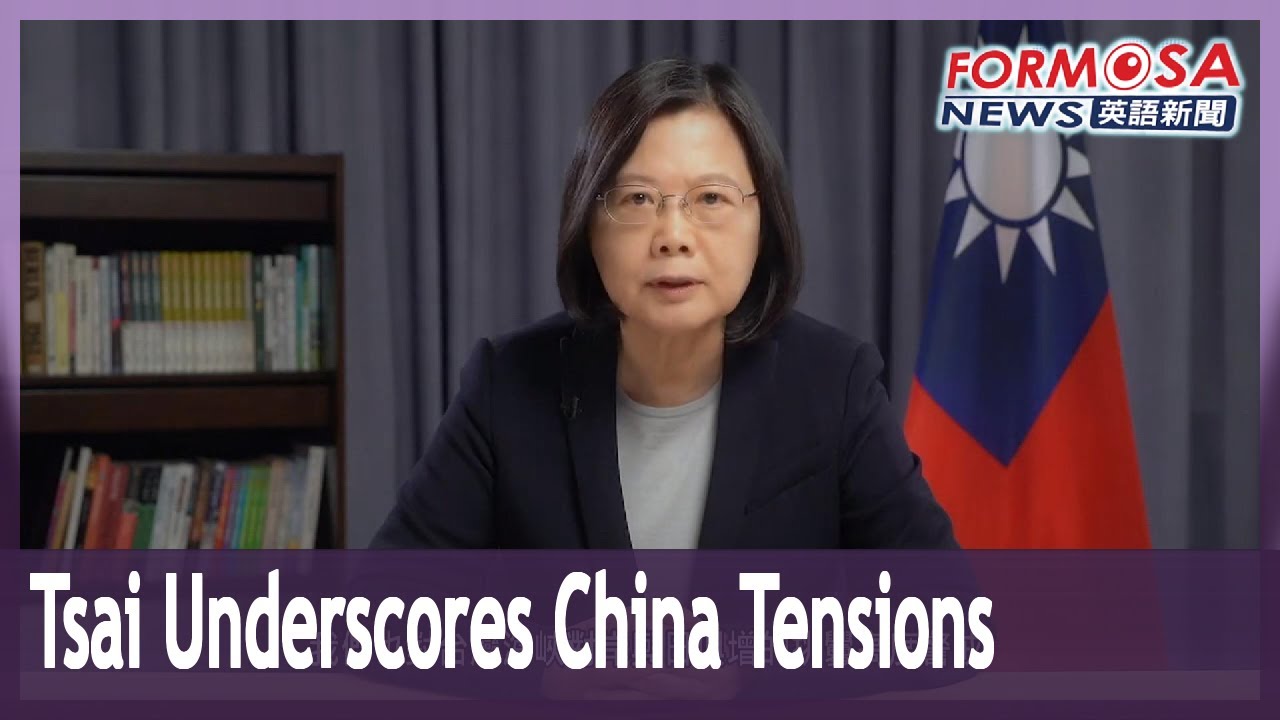 President Tsai Ing-wen was invited by the Washington-based Hudson Institute to ship remarks at its digital year-end celebration. In her prerecorded speech, Tsai underscored the troubling state of cross-strait relations. Let’s hear from her now.

Tsai Ing-wen
President
We’re additionally watching with alarm the growing provocation from throughout the Taiwan Strait. PLA fighter jets and naval ships now cross the median line of the strait with regularity, elevating the chance of accidents and miscalculations. … We don’t need this type of cross-strait relationship. What we search is constructive cross-strait dialogue, with a view to peacefully deal with variations of opinion and perspective with out the necessity for preconditions.

President Tsai denounced China for shutting the 23 million individuals of Taiwan out of worldwide organizations. She stated Beijing was additionally engaged in disinformation and affect campaigns to sow doubt among the many individuals on their authorities.