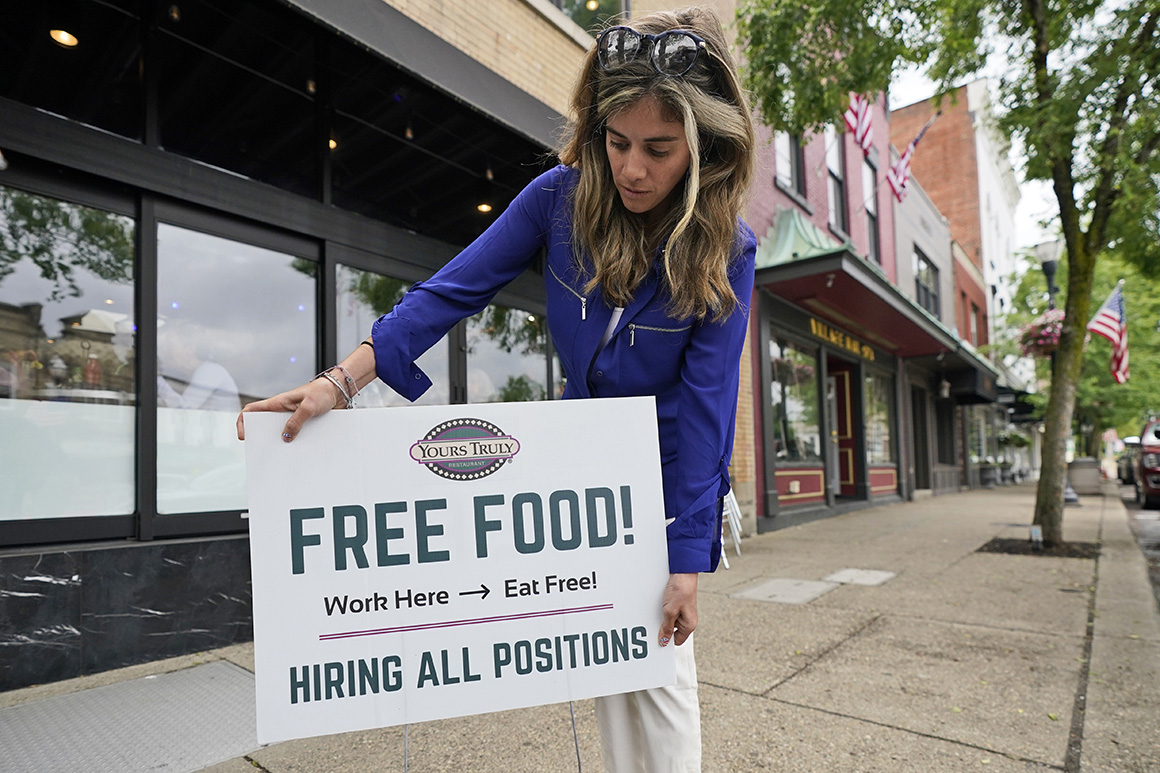 Many large chains, including Amazon, Walmart, Costco, and Chipotle, have raised starting pay to better attract applicants. So have other employers: Wages jumped in May for a second straight month, a sign of companies trying to attract more workers. And the average work week remained elevated, which suggests that businesses are working their current staffs for longer hours to try to meet rising customer demand.

Yet even so, the number of people working or looking for work last month slipped slightly in May after three months of gains.

The bulk of last month’s job growth was at hotels, restaurant and bars, which gained 220,000 positions. Retailers lost jobs for a second straight month. And despite a hot housing market, the construction industry shed 20,000 jobs, its second straight month of cuts, likely reflecting supply shortages and soaring costs for building materials.

The economy expanded last quarter at a robust 6.4% annual rate, and economists envision growth in the current quarter reaching a sizzling pace of 9% or more. All that growth, driven by higher spending, has raised inflation fears. But for now, it has mainly propelled demand for labor.

Job postings in late May were nearly 26% above pre-pandemic levels, according to the employment website Indeed. Government data shows that posted jobs are at the highest level on records dating back to 2000.

And consumers are opening their wallets. In April, they increased their spending after a huge gain in March that was fueled by the distribution of $1,400 stimulus checks. With more Americans feeling comfortable about staying in hotels and visiting entertainment venues, spending on services jumped.

In fact, service industries, including banking, retail, and shipping, expanded at the fastest pace on record in May. The evidence suggests that consumers have begun to embark on a long-anticipated shift away from the sizable goods purchases that many of them had made while hunkered down at home to spending on services, from haircuts to sporting events to vacation trips.

The number of people seeking unemployment aid has fallen for five straight weeks to its lowest level since the pandemic began, a sign that layoffs are dwindling. There are still 15 million people receiving either federal or state jobless aid, though that number has also declined from roughly 20 million in February.

The fading of the pandemic produced a disconnect between companies and the unemployed. While businesses are rushing to add workers immediately, many of the unemployed are either seeking better jobs than they had before the pandemic, still lack affordable child care, worry about contracting COVID-19 or have decided to retire early.

That mismatch resulted in the sharp slowdown in hiring in April, when employers added far fewer jobs than economists had forecast and many fewer than had been hired in March.

Though the economy still has 8.2 million fewer jobs than it did before the pandemic struck, job postings in late May were nearly 26% above pre-pandemic levels, according to the employment website Indeed. Government data shows that posted jobs have reached their highest level on record dating back to 2000.

Many businesses blame a $300-a-week federal unemployment benefit for discouraging some of the jobless from taking work. Republican governors in 25 states have responded by cutting off that benefit prematurely, starting this month, before the benefits are scheduled to end nationally on Sept. 6.

Becky Frankiewicz, president of the temporary staffing firm Manpower Group’s North American division, said many of the firm’s clients are raising pay and benefits to try to attract more applicants. Some of these companies, particularly in manufacturing and warehousing, are also trying other tactics, like paying their workers weekly or even daily, rather than every two weeks. Manpower is also encouraging its clients to make job offers the same day as an interview rather than waiting.

About 60% of Manpower’s temporary placements are leaving their jobs before a temporary assignment ends, Frankiewicz said, mostly because they are receiving better offers.

“People have options,” she said. “Companies have to offer speed in cash, speed to hire and a lot of flexibility in how they work.”

For now, though, there are signs that many of the unemployed remain cautious about seeking jobs.

On Thursday, Tony Sarsam, CEO of SpartanNash, a grocery distributor and retailer, said on a conference call with investors that the company took part last month in a job fair with 60 companies that had 500 jobs to fill.

Celestial events in June to keep an eye out- Technology News, Firstpost 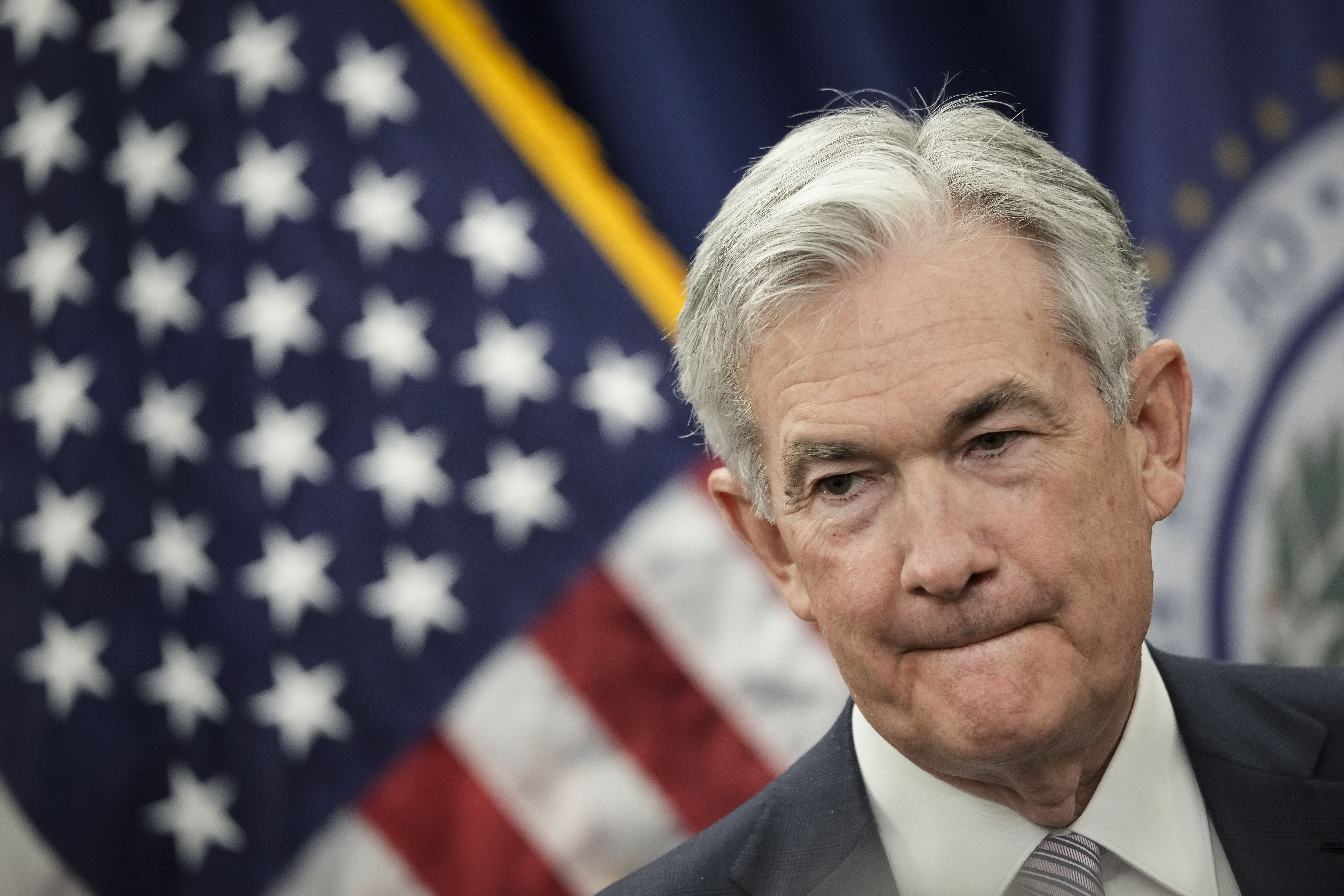 Fears of Fed-induced pain grow, from global recession to deflation 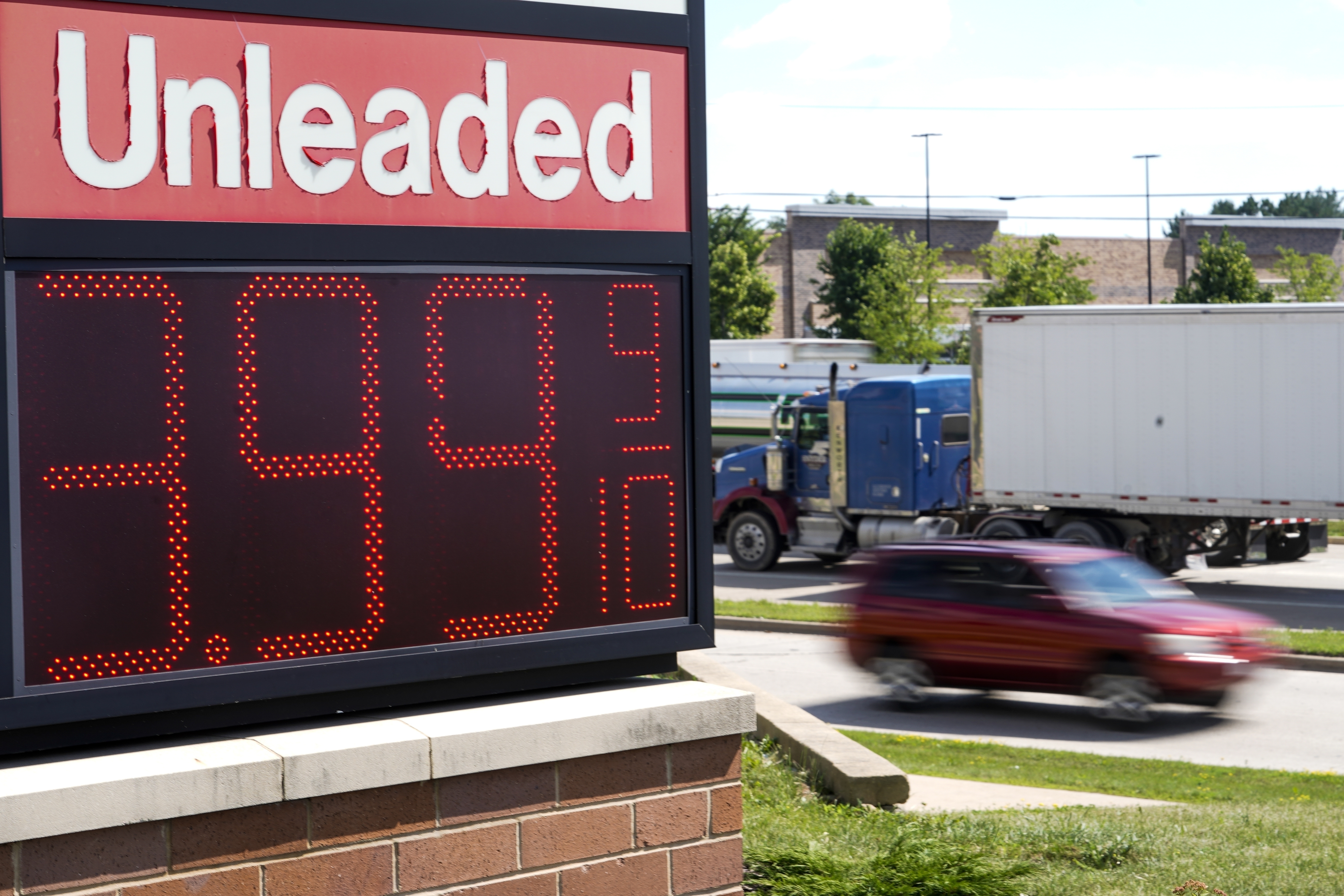