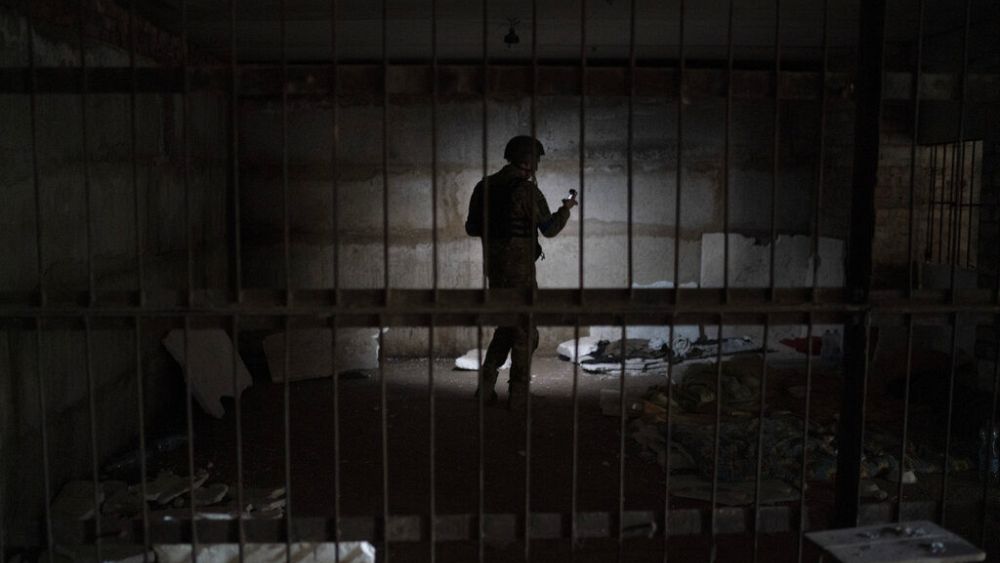 President Volodymyr Zelenskyy said more than 10 “torture chambers” had been discovered in the Kharkiv region since the hasty withdrawal of Russian troops last week.

Euronews cannot independently verify this. Torture and inhumane treatment are war crimes under international law, and Russia has repeatedly denied committing such offences in Ukraine.

The alleged prisons were found in the village of Kozacha Lopan, which lies less than two kilometres from the Russian border. The area was recently liberated by Ukrainian forces as part of their major counteroffensive in the northeastern Kharkiv region.

Reporters on the ground described one of the sites as a dank basement behind the local supermarket, with metal bars cordoning off a corner of the room to form a large cell. Dirty sleeping bags and duvets lay on top of sheets of Styrofoam for insulation from the damp earth floor. In the corner, two black buckets served as toilets.

In a statement posted on Telegram, the prosecutor’s office of the Kharkiv region said the basement was used as a torture cell during the Russian occupation.

It said Russian forces had set up a local police force that ran the prison, adding that documents confirming the functioning of the police department and implements of torture had been seized.

In his nightly address to the nation Saturday, Zelenskyy said there was another location in Kozacha Lopan, where “a room for torture and tools for electric torture was found.”

An investigation by Ukrainian authorities is ongoing.

The British Defence Ministry (MoD) warned on Sunday that Russia looks set to increase its attacks on civilian targets as it suffers battlefield defeats.

“In the last seven days, Russia has increased its targeting of civilian infrastructure even where it probably perceives no immediate military effect,” the MoD said in its daily intelligence briefing.

“As it faces setbacks on the front lines, Russia has likely extended the locations it is prepared to strike in an attempt to directly undermine the morale of the Ukrainian people and government,” it added.

The MoD said examples of Russia’s new tactic were “strikes against the electricity grid, and a dam on the Inhulets River at Kryvyu Rih” in Ukraine.

Last week Ukraine accused Russia of hitting power stations in the east of the country, which it claimed were “revenge” for recent gains made by Ukrainian forces in the northeast.

The blackouts reportedly affected nine million people in both Kharkiv and Donetsk.

The Institute for the Study of War, a US think tank, said Russian forces in Donetsk were conducting “meaningless operations” on Ukrainian villages as opposed to reinforcing the front line.

Authorities in Russian-controlled Kherson have said an armed group was destroyed in fighting in the centre of the city.

Ukraine’s army is pushing to recapture the southern Ukrainian city, which was seized by Russian forces in March, amid a broader counteroffensive by Kyiv.

“In the centre of Kherson, there was a clash between units of the Russian army patrolling the streets of the city and an unidentified group,” the Moscow-backed administration said on Telegram, late Saturday evening.

“After a brief fight, the attackers were eliminated,” it continued, adding that no Russian soldiers or civilians were injured.

A spokeswoman for the Ukrainian army’s southern command, Natalia Goumeniouk, said the incident was a “provocation.”

“Yesterday’s shooting and explosions in Kherson are a provocation by the occupier,” she said on Ukrainian TV Sunday morning. “We warned that provocations were going to take place between September 17 and 20. They are intended to tarnish the image of the Ukrainian armed forces.”

The Russian media organisation Vesti published a video that purported to show two armoured vehicles surrounded by soldiers during the incident. In the footage, captured near Kherson railway station, tanks open fire with a machine gun, while other shots are head.

On Sunday morning, one volunteer fighter for the Russian-backed authorities described the situation in Kherson as “calm.”

“The Nazis are trying to attack, but without success,” said Kirill Stremoussov on Telegram.

Russians living near the Ukrainian border are growing concerned as Kyiv’s forces push up to Russia’s doorstep, according to the Moscow Times.

“I’d like to find out how secure the residents of Shebekino are as a result of recent events? We’re scared,” posted Olga Podtyolkova, who lives in the town of Shebekino about five kilometres from a Russian border crossing with Ukraine.

“They are firing within earshot,” wrote Natalia Lyovina on the Russian social media site VKontakte. “Are we already getting bombed?” She is a resident of Valuyki, a village some 15 kilometres from Ukraine.

Both Valuyki and Shebekino are in Russia’s Belgorod region. Its southern edges have become a de-facto military line after Russian troops occupying the Kharkiv region were forced out earlier this month.

Despite an increase in cross-border attacks, Kyiv has not indicated that Ukrainian forces will advance into Russia.

Russian border villages have allegedly been hit by Ukrainian shells in the past, which has left locals injured, according to Russian authorities.

Military activity around the Ukrainian-Russia border has been sporadic since the start of the war, however it is increased in recent weeks amid Ukraine’s major counteroffensive in the northeastern Kharkiv region.

Ukrainian officials have typically neither confirmed nor denied their involvement in flare-ups on the border.

One of four main power lines to the plant was repaired on Saturday and was once again supplying Zaporizhzhia with power, two weeks after it went down, according to the International Agency Energy Agency.

The announcement comes after the site in southern Ukraine was knocked offline in recent weeks, raising the risk of an accident at Europe’s largest nuclear power station.

Repair work to the power line means Zaporizhzhia has “the electricity needed to provide reactor cooling and other safety functions”, the UN body said in a statement.

While the six reactors at Zaporizhzhia were stopped, the plant still needed electricity to pump cooling water through their cores to avoid a potentially catastrophic meltdown.

It still had power from backup electricity lines, although these were unsustainable, according to Reuters, as there was a risk they could be cut off.

Zaporizhzhia was captured by Russian forces in March. It has repeatedly been caught up in fighting between Ukrainian and Russian forces, each trading blame for the violence.

A team of IAEA experts went to Zaporizhzhia at the beginning of September. Two of its members have remained there for permanent monitoring. 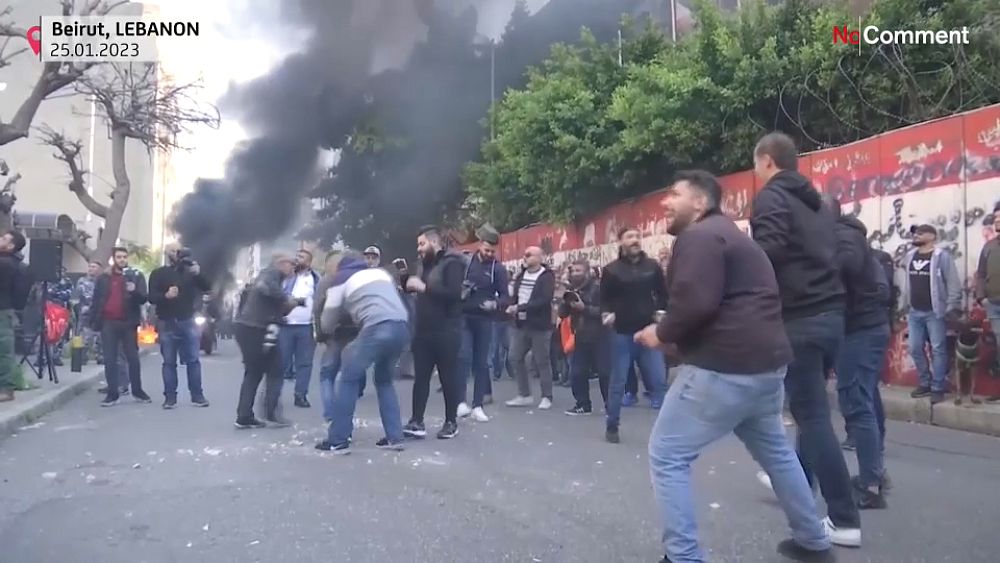 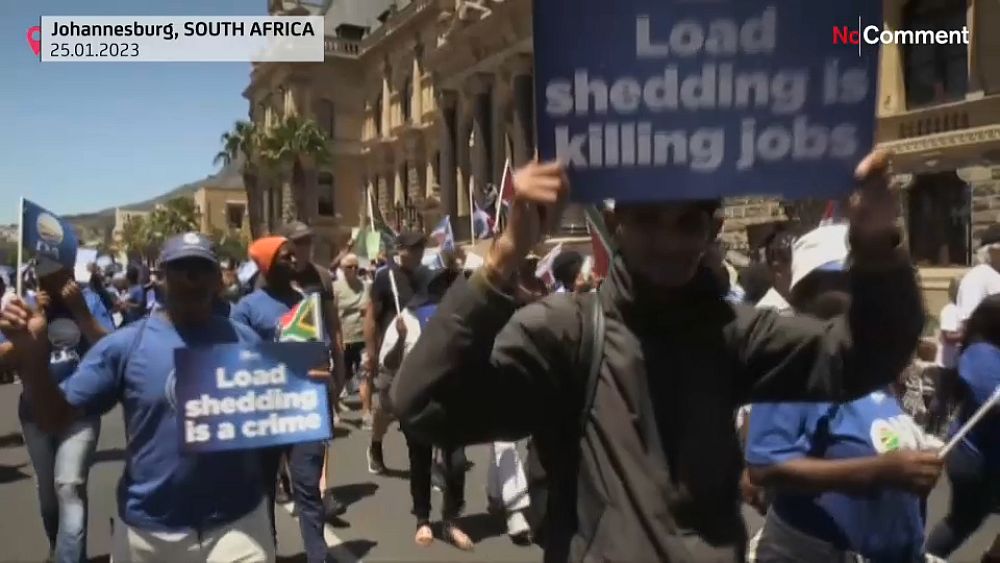 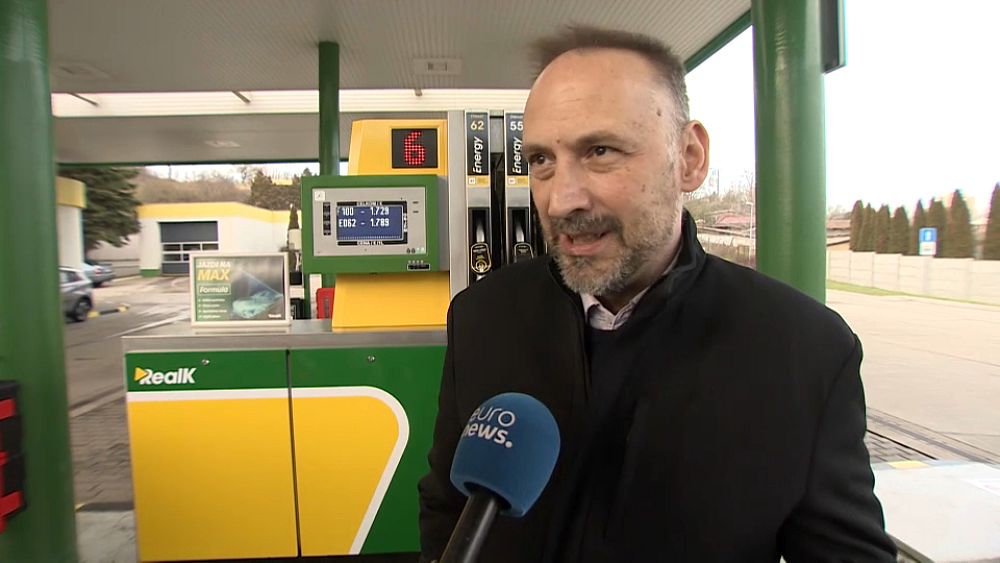 Hungarian motorists buy petrol in Slovakia and Romania to save money 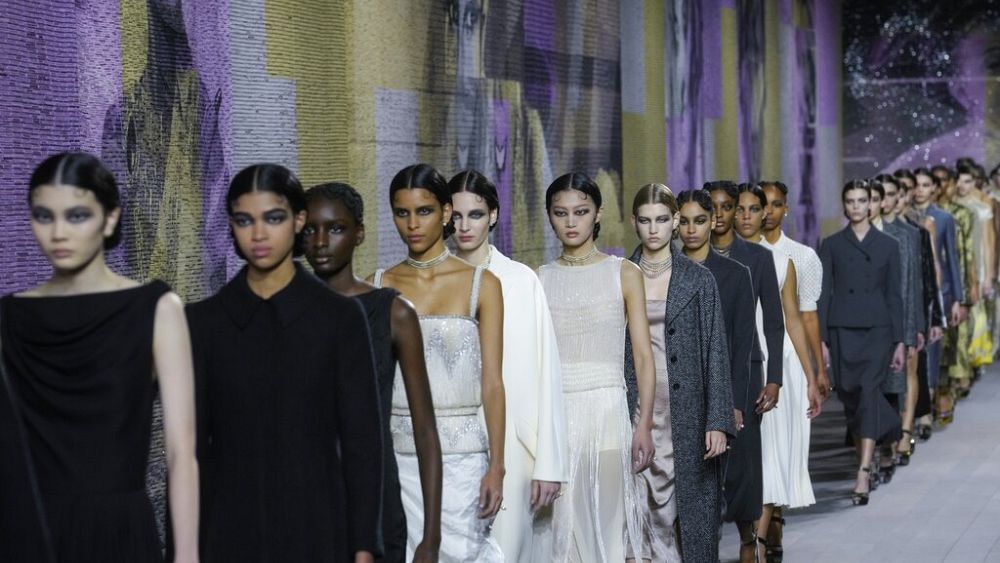 An ode to Josephine Baker: Dior winds back the clock in Paris with new collection