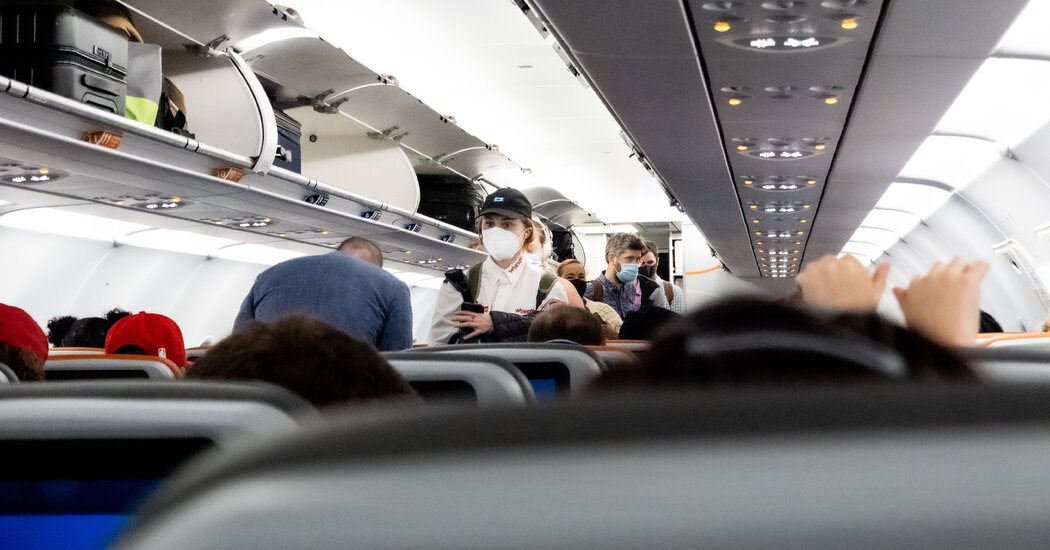 Americans who are fully vaccinated against the coronavirus can travel “at low risk to themselves,” both within the United States and internationally, but they must continue to take precautions like wearing a masks in public to avoid possibly spreading the virus to others, federal health officials said on Friday.

The new recommendations are a modest departure from previous advice. Federal health officials have been urging Americans not to travel at all, unless they absolutely must. That recommendation still applies, Dr. Rochelle Walensky, director of the Centers for Disease Control and Prevention, told reporters at a White House news conference on Friday.

New virus cases, hospitalizations and new deaths have declined significantly since their January peaks, but new infections have remained at a level that health officials say is too high. New deaths on average have only just dipped below 900 a day, according to a New York Times database, and hospitalization numbers have started to level off.

With the case increases in recent weeks, federal health officials are concerned about the potential impact of easing restrictions. Scientists are not yet certain whether, or how often, vaccinated people may become infected, even briefly, and transmit the virus to others. A recent C.D.C. study suggested that it may be a rare event, and the agency said on Friday that about 101.8 million people — nearly one-third of the population — had received at least one dose of a Covid-19 vaccine.

Until that question is resolved, many public health officials feel it is unwise to tell vaccinated Americans simply to do as they please. Yet at the same time, Dr. Walensky said on Friday, the agency wished to acknowledge a growing body of evidence suggesting that the risk to vaccinated travelers themselves is comparatively low.

“On the one hand, we are telling you we are worried about rising cases, to wear a mask, and to avoid travel,” Dr. Walensky said. “Yet on the other hand we are saying that if you are vaccinated, evolving data suggests that traveling is likely lower risk.”

Travel has been increasing nationwide as the weather warms and Americans grow fatigued with pandemic restrictions. Last Sunday, for example, was the busiest day at domestic airports since the pandemic began. Several states have lifted restrictions and mask mandates, beckoning tourists despite rising caseloads in some regions.

Earlier this week, Dr. Walensky warned that the increases left her a recurring sense of “impending doom.” Some scientists predicted weeks ago that the number of infections could curve upward again in late March, at least in part because of the rise of virus variants across the country.

President Biden, who previously urged states to maintain or reimpose mask mandates, pleaded with Americans on Friday to continue to follow guidelines from health experts and get vaccinated as soon as they can. Most states have accelerated their timelines for opening vaccinations to all adults, as the pace of vaccinations has increased. As of Friday, an average of nearly three million shots a day were being administered, according to data reported by the C.D.C.

“Too many Americans are acting as if this fight is over,” Mr. Biden said. “But this is still April, not July, we are not there yet.”

Fully vaccinated Americans who are traveling domestically do not need to be tested and do not need to follow quarantine procedures at the destination or on return home, the C.D.C. now advises.

Vaccinated Americans do not need to get a coronavirus test before international travel, unless required to do so by the authorities at the destination. Some destinations also may require that vaccinated travelers quarantine after arrival. Vaccinated travelers do not need to quarantine after returning unless required to do so by local officials, the C.D.C. said.

But the C.D.C. says vaccinated Americans traveling internationally are required tohave a negative coronavirus test before boarding a flight back to the United States, and they should get tested against three to five days after their return home.

The recommendation is predicated on the idea that vaccinated people may still become infected with the virus. The C.D.C. also cited a lack of vaccine coverage in other countries, and concern about the potential introduction and spread of new variants of the virus that are more prevalent overseas.

The new advice adds to C.D.C. recommendations issued in early March saying that fully vaccinated people may gather in small groups in private settings without masks or social distancing, and may visit with unvaccinated individuals from a single household as long as they are at low risk for developing severe disease if infected.

The travel recommendations issued Friday do not alter C.D.C. guidelines for the unvaccinated. The agency continues to discourage nonessential domestic travel by those who are not fully immunized, saying that if they must travel, they should be tested for infection one to three days before their trip and again three to five days after concluding their trip.

Many countries, including those in the European Union, still block most Americans from coming. Some are starting to make exceptions for those who are vaccinated. As of March 26, fully vaccinated Americans who can present proof of vaccination can visit Iceland, for example, and avoid such restrictions as testing and quarantine, the country’s government said.

The Australian Town That’s Gone Batty Over Its Bats 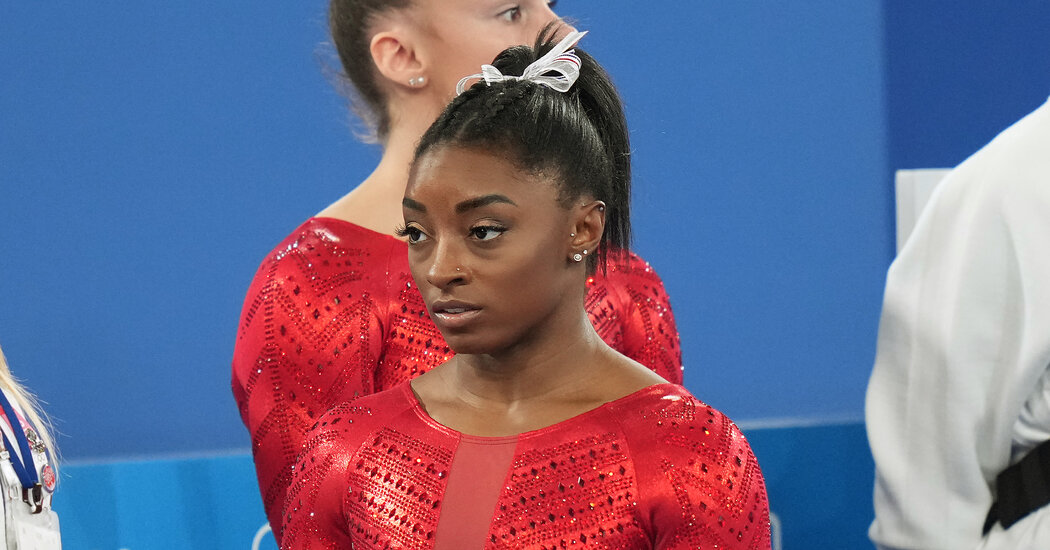 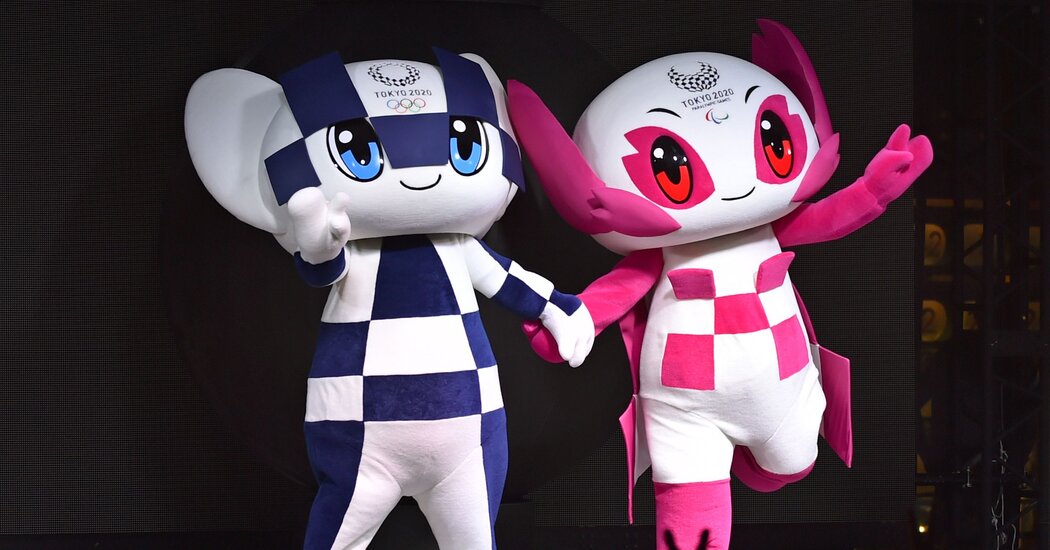 With Gatherings Banned Amid Turmoil, Tunisians Can Only Watch. And Wait. 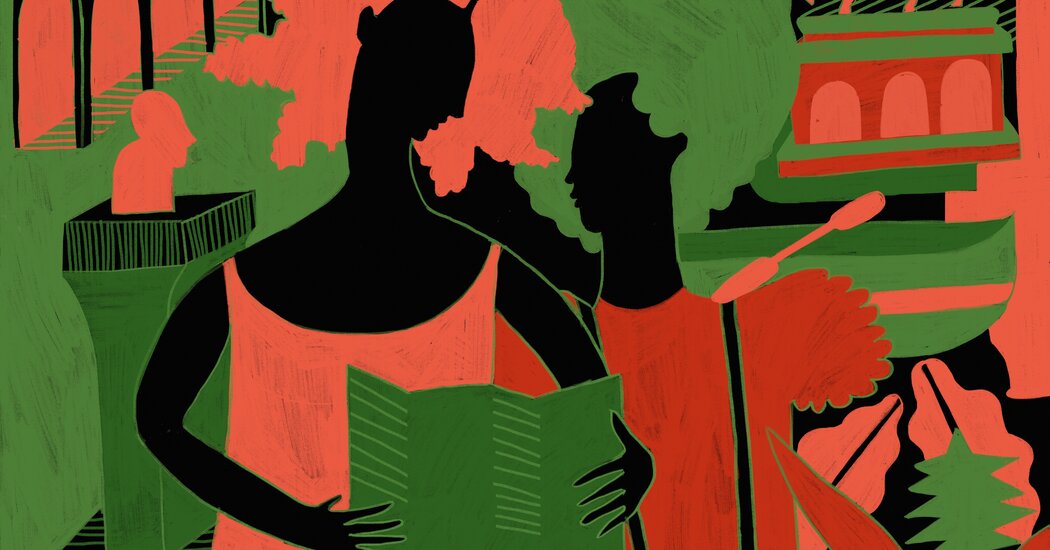