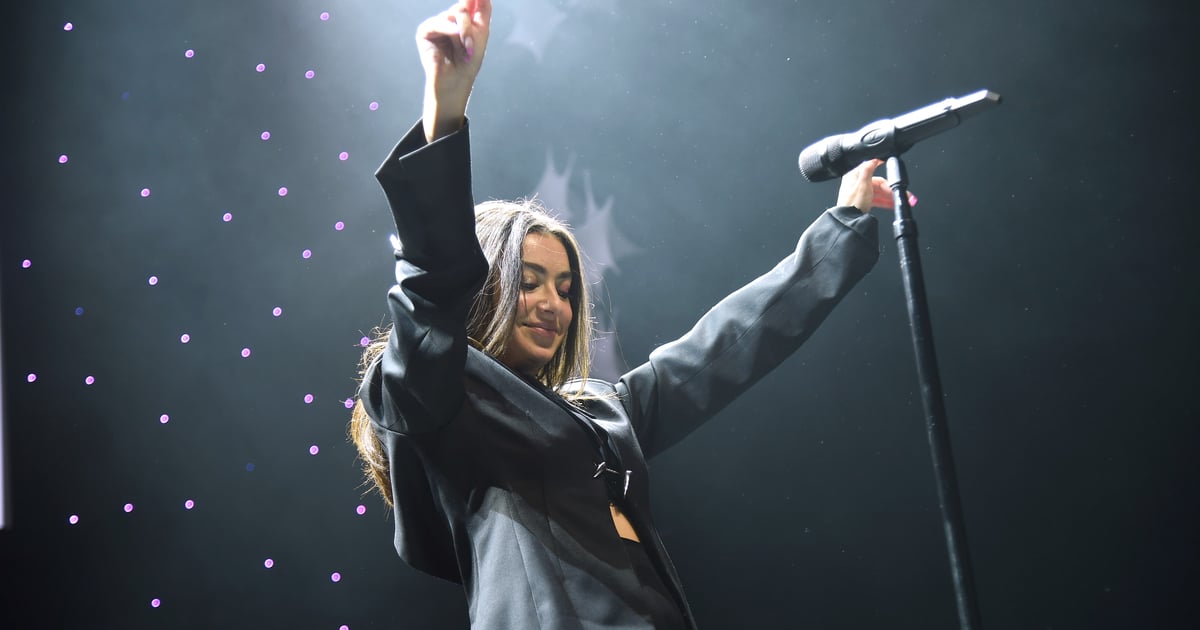 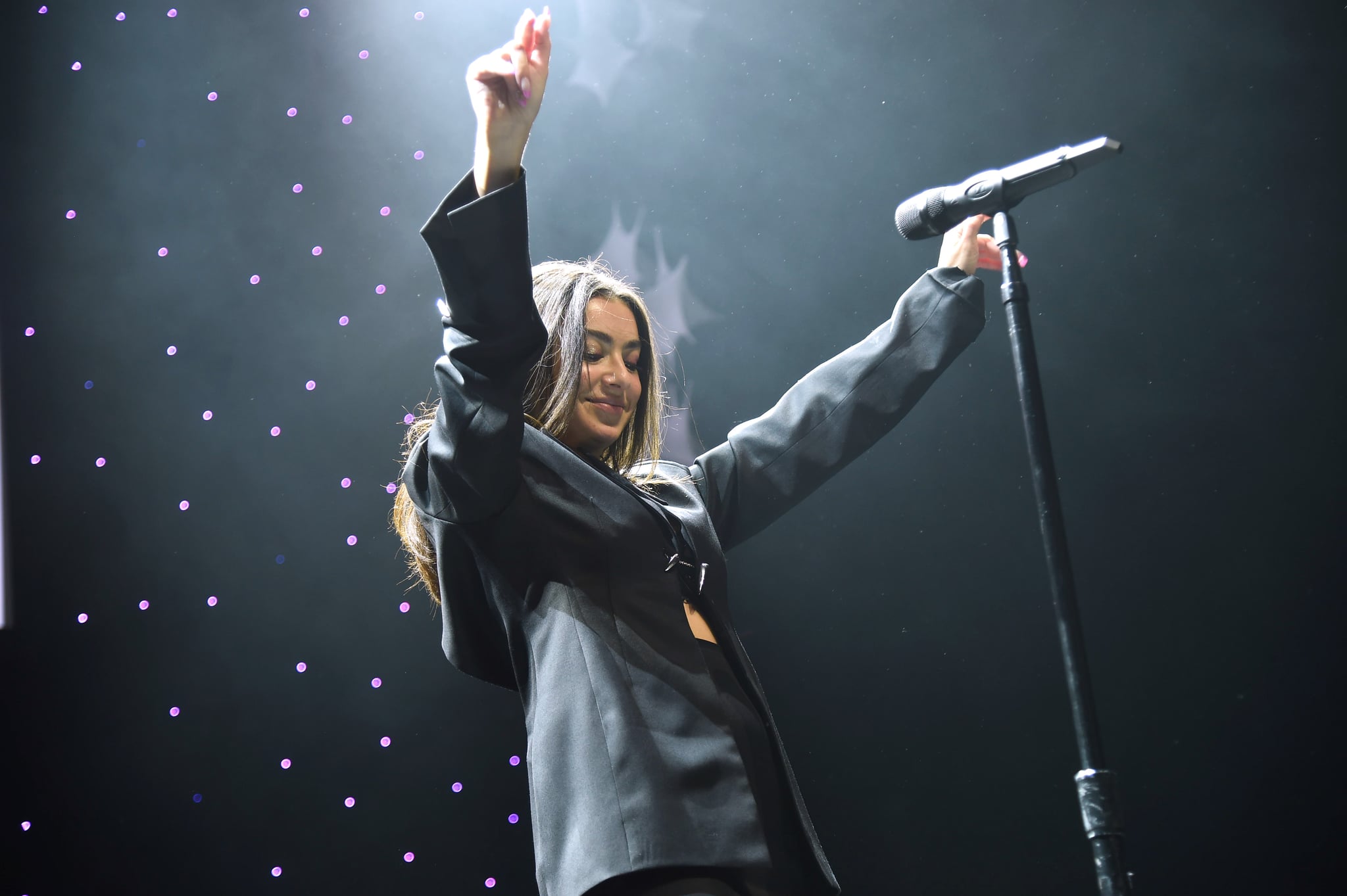 It’s official: certified party pop star Charli XCX is back. Fans have been anticipating the “Boom Clap” singer’s return following her raw, fan-collaborative “quarantine album,” “How I’m Feeling Now,” in 2020. They’re buzzing about Charli’s throwback sound, reminiscent of her earlier, power-ballad synth vibe, after she dropped nostalgic single “Good Ones” from her long-awaited album “Crash.” Known for electro-pop groovers like iconic throwback “I Love It,” the fire sign native has proven to be a force to be reckoned with — just take her confidence and courage to advocate for vulnerable communities as a couple of examples.

And it turns out, astrology may be able to explain why the Leo queen’s energy is so dynamic. If you’re familiar with the zodiac, you may be aware of how your natal chart has a lot of say when it comes to your personality traits, including your habits and mannerisms. Her rule-breaker vibe and confidence may be due to her Leo sun, but there’s a lot more to the singer’s chart than her sun sign. To get a deeper look into her astrology, POPSUGAR spoke with Kyle Thomas, pop culture astrologer for the New York Post and Page Six, to break down Charli XCX’s birth chart.

Your sun, moon, and rising sign make up your big three, which indicate things like your core personality, your emotional responses, and even your own portrayal of yourself. These placements are essential to your natal chart because they act as a foundation for your other placements. To get your ascendant or rising sign and your natal houses, you need to know your time of birth. Thankfully for us, Charli’s birth time is publicly available, so we’re able to get an accurate scope of her birth chart.

In your birth chart, your sun indicates your outward personality. Think of your sun as the part of your personality that others recognize as your quirks, habits, and mannerisms. Charli’s sun is in the warmhearted, brave, and showstopping sign of Leo, making her lively and a natural artist. In fact, Charli’s music has roots in MySpace, where she released songs at only 14 years old.

“Leos are always known to exude confidence, passion, and magnetism. [Being a Leo] makes Charli innately highly creative and eager to express herself,” Thomas explains. That checks out, considering Charli’s Instagram feed is all about her wild adventures with friends and full of self-assured portraits that inspire us all to tap into our inner confidence. Since Leos are born entertainers who love to party, it makes sense that as a teenager, Charli’s parents would accompany the soon-to-be pop sensation to raves, which influenced her sound.

Your moon sign rules over the inner self, including your emotional responses, intuition, and self-esteem. Charli’s moon sign is in the super-organized and detail-oriented sign of Virgo, making her practical and extremely altruistic.

“This means that internally Charli is very grounded and calculated. She is highly critical of herself and others, which can lead her to be quite a perfectionist. She upholds herself and others to the highest of moral standards. She likely has a difficult time truly opening up, but is extremely giving and nurturing once she does,” Thomas explains. Nurturing and caring goes for vulnerable groups, which makes sense considering Charli has been very vocal about urging her fans to support the LGBTQ+ movement, even crediting her success to those in the community.

Your ascendant or rising sign is your own portrayal or assertion of yourself. Charli’s rising sign is in the sensitive and nurturing sign of Cancer, giving the gutsy singer a softer, caregiving edge to her.

“She likely takes a nurturing role in her personal relationships and can be deeply caring. She’s also extremely emotional, so once you get to know her, she will wear her heart on her sleeve. However, initially, as much as she can be brewing a million emotions beneath the radar, she will do her best to hide beneath her shell and always present herself as kind and charming,” Thomas says. Apropos of her track “Emotional,” the singer has also admitted in an interview with Z100 New York that she loves to cry — something only Cancer placements would be so open about admitting.

Your birth chart is more than your big three. Your cosmic identity is also made up of a few personal planets, including your Mercury, Mars, and Venus signs. These placements embody things like your communication style, your ambition, and even how you operate in relationships.

Mercury is the planet that rules expression in communication and mindset. Like her sun sign, Charli’s Mercury is in bold and courageous Leo — so while she can be brave and confident, she’s also very nurturing and warm. Charli has also been open about her journey with therapy through the pandemic with the kind of courageous vulnerability that a Leo is known to possess.

“This means that when it comes to her communication style, she is bold, electric, and highly expressive. She utilizes a fiery creative flair to connect with others and often speaks from the heart. Her passion is evident in all ways of communication and she can be a bit impulsive — speaking, posting, and expressing herself before thinking twice,” Thomas says. But don’t just take the star’s words for it — just take a look at her rap sheet of activism for the LGBTQ+ community, which includes a powerful speech in Russia, a nation that is known for its controversial antigay legislation.

In astrology, Mars is the planet of aggression, ambition, and impulses. This planet rules how we assert ourselves. Charli’s Mars sign is in the socialite of the zodiac, Gemini.

“[Charli’s Gemini Mars] empowers her ability to communicate and connect with others — revealing that when it comes to conquest, advancement, sex, or war, she uses her mind and words to get what she wants. She’s versatile in life and able to bounce through it, and her intensity is delivered potently, articulately, and impactful to her audience through her lyrics,” Thomas explains. Her single “I Finally Understand,” which details her experience in therapy, is a great example of what a Gemini Mars is all about — her greatest strength or aggression relies on her understanding of the situation.

Gemini Mars placements aren’t so much aggressive or power-hungry; they’re all about experimenting with avant-garde styles of expression. During the 2020 lockdown, Charli collaborated with her fans to write the album “How I’m Feeling Now,” where the singer captured the raw, collective experience of quarantine.

Venus rules things like your romantic side, personal aesthetics, and taste in art. Charli’s Venus is in Leo, which means she’s all about passion in her relationships and hints that she isn’t shy about breaking barriers in fashion or simply showing off her assets.

“This makes her extremely romantic, creative, and passionate — in life and in her relationships. She is highly affectionate and loyal in love. However, she demands a great deal of worship and attention from those she is personally involved with. As can clearly be seen from her career, she is especially fiery and flamboyant. This intensity runs through her music, performances, and fashion, too,” Thomas says. Between her sultry, femme-fatale sense of fashion, style, and music, Charli XCX gets her message of a lust for life across clearly.

Leos are all about fun and excitement — they see life as a stage and come ready to entertain. At only 14 years old, Charli was releasing her songs on MySpace, and her love for the arts has only propelled the “Blame It on Your Love” singer into superstardom, but it seems the singer’s destiny was shaped by the stars all along.

Martin Reunion Special to Air on BET+ in 2022

Cruz says Trump may be proved right on spying talk