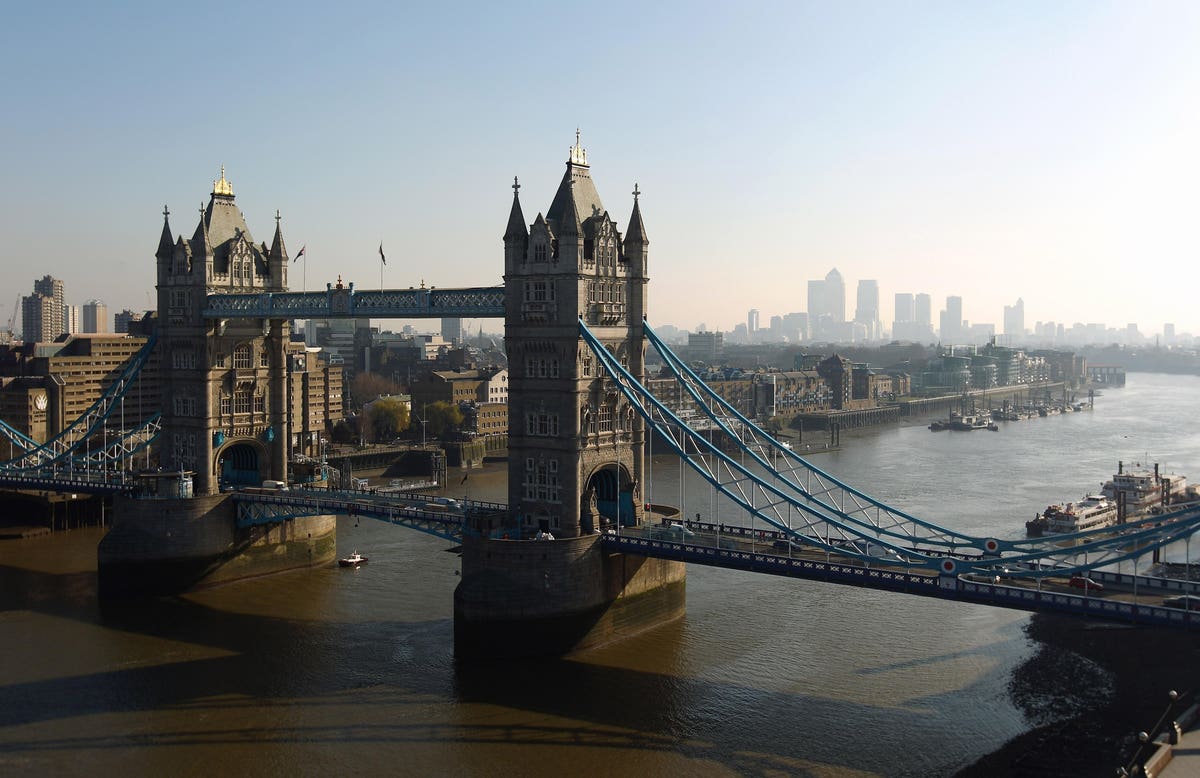 The argument can be made that there’s never been a better time to eat and drink your way through London, England. In fact, you’d have a hard time finding anyone to argue against the notion. The Big Smoke is an embarrassment of riches right now when it comes to food and beverage. It’s home to the top two bars in the world—according to 50 Best. And it’s boasting marquee openings seemingly on a weekly basis, adding breadth to what is already among the most diverse dining scenes, anywhere.

An exhaustive run-down of what to hit up would contain too much content for any one article. So instead, I present to you a sensible cross-sampling for those who find themselves in the capital city anytime soon; where to go, and what to get while you’re there…

Flemings Mayfair: There’s oodles of creativity bubbling up from the ground floor of this boutique hotel—the second oldest in all of London. At Manetta’s Cocktail Bar, a new “G & Tea Experience” ties together two of the city’s most storied traditions: botanical-laced tipples and afternoon tea. Priced at £45 per person, guests select from an assortment of freshly baked pastries and vibrant teas paired alongside one of three gin drinks, made with either Whitley Neill Raspberry Gin, Salcombe Gin Rosé or Nicholson London Dry Gin.

Next door at Ormer Mayfair, executive chef Sofian Msetfi is orchestrating one of the most thoughtful tasting menus in town. Five and eight-course variations are offered for lunch and dinner and feature the finest in British produce—with a focus on seafood and foraged herbs. The space itself exudes modern elegance and is heightened by an attentive staff, along with the aprés-dinner best cheese cart this side of the Channel.

The Library Bar At The Lanesborough: The setting here is as classically London as it gets. Just off the lobby inside this Knightsbridge 5-star property is a cozy drinking den where the vintage books lining the shelf are rivaled in age by the 19th-century cognac kept in lockers alongside the bar. Bar manager Mickael Perron helps you navigate an expansive list that also include playful cocktails like the Upside Down Fizz, served with vegetable crisps and ginger espuma. Live piano during the afternoon happy hour helps solidify the timeless transcendence of the space. If you’re looking to go classy without the alcohol, the hotel is now offering a Bridgerton-themed afternoon tea, created in partnership with Netflix.

Holy Carrot: Also in Knightsbridge, this plant-based hotspot is winning over fans with its whimsical menu crafted absent of any gluten, sugar, preservatives or additives. It’s not always easy to find deep flavors given restrictions like this, but the kitchen comes correct, delivering a smattering of inventive offerings including savory sushi, comforting “Shephard’s Pie” and the perennial crowdpleaser, Sexy Tofu: the eponymous protein dressed up under red pepper and peanut sauce. The accompanying Holy Bar matches that creativity, showcasing a handful of balanced cocktails inspired by tarot cards. A new Sunday brunch menu promises to cater to non-carnivores who nonetheless have a hankering for the English tradition of protein-heavy weekend roasts.

Berners Tavern: Part restaurant, part art gallery, this Fitzrovian mainstay is an all-around masterpiece. Outsized meat plates—including Côte de Boeuf and slow-roasted lamb shoulder to share—might lend many to see this is a modernized steakhouse. Indeed, it would have no problem holding up to that sort of judgment. Just don’t sleep on the seafood here: prawn cocktail with lobster jelly and wasabi puree for a starter; an upscale fish and chips entree; and, most importantly, a lobster mac and cheese as extravagant as any you’ve ever enjoyed. The cocktails are refreshingly spirit-forward. Fans of lighter aperitif might opt instead for a selection from the roving champagne trolley. The kitchen is helmed by Michelin-starred chef Jason Atherton. It launched inside the London Edition back in 2013 to massive fanfare but remains every bit as buzz-worthy today.

Apothecary: Billing itself as a “Shoreditch Izakaya”, this Japanese inspired eatery also boasts impressive cocktail bonafides. Their Zen Garden melds green tea and shiso elements into martini territory; Port To The City is a manhattan made deeper with cacao and coffee; and the Tekirawan spiced up agave spirit with chili liqueur and yuzu kusho. An enviable list of spirits and sake by the glass—and carafe—are worth exploring neat, as well. Japanese whiskies and rums are especially well-represented. On the food side, sushi hand rolls with fresh crab and succulent karaage are worth an order. But just remember—the robata reigns supreme. And because it’s Shoreditch, the space is filled with the beats of live DJ sessions on Friday and Saturday evenings.

The Walmer Castle: This iconic watering hole in the heart of Notting Hill has a lengthy history dating back to 1853. It has recently reopened as a restaurant and whisky bar in collaboration with The Craigellachie Hotel—one of scotch country’s most storied inns. The concept behind the partnership is to bring a small taste of Speyside to London. Haggis bonbons, Scottish venison in carpaccio form, cheeseburgers consisting of highland beef and Orkney cheese, are but a few of the ways in which the transportive effects are felt. But scotch connoisseurs will be more compelled by what’s taking shape in the upstairs parlor: a single malt shrine opening later this spring.

The Twenty Two: London’s Mayfair neighborhood is no stranger to private members’ clubs. But the latest example to hit the landscape this April affords a degree of accessibility, while ceding nothing to exclusive elegance. The stunning 42,500 square-foot property is the brainchild of noted entrepreneurs Navid Mirtorabi and Jamie Reuben and is housed within an Edwardian manor overlooking Grosvenor Square. In addition to stately private spaces, it features an all-day public restaurant, multiple bars, and a dance club, all beneath a 31-suite luxury hotel. The kitchen is led by exec chef Alan Christie, who promises modern-British menus with a Mediterranean influence. The space will feature one-of-a-kind special booze bottlings from top-shelf names including Patron and The Macallan. Guests staying on-site will have access to the members club.

Canopy Soil Is an Exciting Frontier in Forest Science