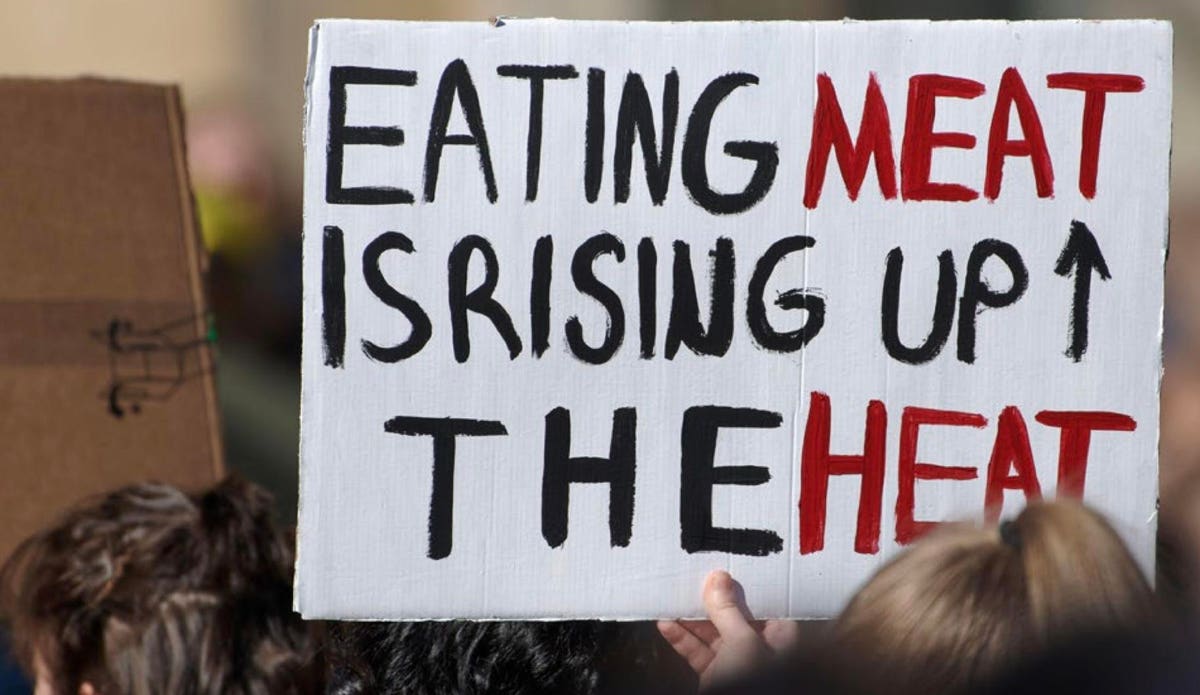 A new report by the International Panel of Experts on Sustainable Food Systems critiques the growing trend of alternative proteins. By promising a more sustainable and humane food system, this “alt-protein” sector, including mass marketed plant-based foods, cell-cultured meats and precision fermentation products, has been flooded with investment dollars and media hype. And while such well-capitalized merchandizing guarantees serious consumer attention on store shelves, researchers continue to question their merits.

The Politics of Protein argues that the evidence for the positive impacts of alternative proteins is limited and even speculative, primarily funded by the companies themselves. The report also comprehensively addresses major claims from the alt-protein sector, who these promises benefit and who is left out of the discussions. The study’s lead author, Phil Howard, is a member of IPES, a professor at Michigan State University and a longtime scholar of food systems ownership and governance.

According to Professor Howard, “This report addresses claims that are frequently made, and frequently amplified/oversimplified in relation to higher protein foods, such as meat, dairy and their plant-based alternatives. One of our recommendations is to reclaim the debate from dominant meat and dairy processors, and to have broader conversations, ones that involve the communities with little voice in policy discussions currently.”

The alternative proteins market is expected to grow to $28 Billion by 2025 as entrepreneurs commercialize analogues to dairy, eggs, chicken, beef and much more. Plant-based meat analogues, for example, hit 2021 sales of $1.4 Billion, or up 74% in the last 3 years. This hyperbolic growth has attracted truckloads of investor cash, despite a recent slowdown and concerns about market saturation.

Alt-proteins received over $4.8 Billion in investments in 2021, led by big names such as Impossible Foods, which closed a $500 Million round, and precision fermented dairy leader Perfect Day, which has raised over $700 Million to date. Other staggering capital raises include Just Eggs at $465 Million, Future Meat at $387 Million, Every (egg white analogues) at $239 Million and Upside Foods at $206 Million.

The Big 4 Meat processors have joined the alt-protein feeding frenzy, despite their business models based on slaughtering billions of animals annually. JBS, Tyson, WH Group and Cargill have all made significant investments in the space, including brand/product acquisitions and product development pipelines. This goes likewise for CPG oligopolies such as Nestle and Unilever, who already own vast swathes of grocery shelf space, making the alt-protein sector ripe for turnkey consolidation of ownership. David Welch, co-founder of Synthesis Capital, a food-tech V.C. fund, is one endorser of this ownership concentration, stating to AgFunder News, “Overall I believe it’s a positive trend because they have the scale, supply chain, and access to the end consumer, which will accelerate the transition to a more sustainable protein supply.”

But why all the fuss on protein? Meat and dairy feed production occupy nearly 80 percent of global farmland and account for up to 30 percent of greenhouse gas emissions. The meat and dairy sectors are major sources of pathogen outbreaks and are associated with worker abuse and exploitation, including an astounding number of Covid-19 worker illnesses and deaths in the U.S. Annual global meat and poultry sales were over $867 Billion in 2021, dairy over $827 Billion, and seafood over $221 Billion. The race is on for alt-protein entrepreneurs, funders and patent holders to carve out and own out a slice of this lucrative market.

But the global economics of protein are not all the same. Global North meat is primarily sourced from factory farms with a smaller Organic and regenerative sector for wealthier consumers. Global South/majority world animal production on the other hand contributes to the livelihoods of over 1.7 Billion smallholder farmers and acts as an important buffer against food crisis shocks. Livestock represents 40-50% of global agricultural GDP. Fisheries and aquaculture likewise provide livelihoods for 60 million people worldwide and over 3 billion people worldwide rely on fish as their primary source of protein.

In terms of the sustainability credentials, alternative proteins deserve a closer look. Many use energy/resource intensive ultra-processing, as well as sub-ingredients or feedstocks that are produced through environmentally destructive and chemical dependent monocultures that are already found in 75% or more of processed foods. This includes GMO corn and soy engineered to withstand high doses of glyphosate or grown with Bt pesticides in their genes, or palm oil that is the cause of deforestation, rural displacement and critical habitat destruction. The high energy requirements of cell-cultured meats mean that any longer-term potential to cut greenhouse gas emissions is contingent on the decarbonization of fossil fuel-based energy grids, an unlikely scenario without major socio-political upheaval in the Global North. According to Chuck Templeton of investor group S2G, another trillion dollars of infrastructure would be needed to scale alternative proteins to the expected demand. And a rapid scaling up of alternative proteins could disrupt and displace the livelihoods of millions across the globe who work in food and agriculture. There is little appetite or funding for a Just Transition for food workers in the V.C.-driven world of alternative protein.

And while the race to disrupt animal protein at a global scale is typically positioned as an environmental or animal rights concern, it is also about market share and intellectual properties. For example, Impossible Burger has filed 14 patents for its formulations, including “Methods for extracting and purifying non-denatured proteins” and “Expression constructs and methods of genetically engineering methylotrophic yeast”, making it essentially the first ever software burger. Impossible has even sued a competitor for patent infringement.

And due to such I.P. protections and patents, risk disclosures of alt-proteins rarely get publicized. The public SEC filings for Ginkgo BioWorks indicate serious considerations for human health and the environment, that the company “cannot eliminate the risk of (a) accidental or intentional injury or (b) release, or contamination from these materials or wastes.” While top investors may be privy to such information, alt-protein media hype rarely communicates the risks to consumers and the general public.

Nor do alternative proteins necessarily herald a shift to more diverse diets and less ultra-processed foods. The gargantuan investments in alternative proteins divert resources away from desperately needed regionalization of food production and processing and eclipse diversified agroecological and indigenous food systems. Even the IPCC has recently recognized the potential for agroecology to mitigate climate change.

The capital-driven focus on alternative proteins emphasizes magical disruption, or competing priorities of transparency and secrecy to drive innovation and capture market share. Underlying this is what Vandana Shiva refers to as “monocultures of the mind”, silver bullet solutions and breakthrough technologies that privilege the loudest, brashest and wealthiest voices in the food system. According to the IPES report’s authors, what is needed is a system transition, not just a protein transition and they outline 3 meaningful reform pathways to get there. They believe the food system needs an influx of democracy and participation, not high-risk venture capital.

Neither majority world/Global south smallholder farmers nor Global North food retail, processing and farm workers are at the “alt-protein” table. That should be a red flag. Nor do all leading vegan and plant-based food advocates buy into the alt-protein hype. And there are distinct perspectives and business models in the plant-based food industry beyond the “alt-protein” label. Beyond Meat has has built up tremendous Non-GMO, rotational crop supply chains, while the founder of Impossible Burger champions GMO ingredients, yet refers to cultured protein as “vaporware”. And many scrappy and independent plant-based food brands, including Miyoko’s Creamery, Cool Beans, and Upton’s Naturals look beyond isolated protein to sustainably sourced, whole food ingredients.

“We hope this report broadens the conversations around higher protein foods and moves the discussions away from an overemphasis on protein,” Phil Howard told AFN. “Many of these claims are worded in a way that promotes technological fixes. These approaches will only reinforce current problems, without addressing the political and economic factors that created them in the first place.”

What if instead of investing $4.8 Billion a year in ultra-processed and questionable protein technofixes, there was a concerted policy effort to ensure that plant-forward, healthy, diverse and sustainable diets were made accessible to all, while tackling the concentrated wealth and power in the food industry? That would indeed be a broader conversation.

The Activist Legacy of the IBM Black Workers Alliance