Photography enthusiasts will know all about the legacy that camera brands like Hasselblad and Leica carry. There is a reason why seasoned photographers shooting for the best of magazines and advertising agencies, as well as scientists, like to use cameras and lenses from both of these legacy brands. This is one of the major reasons why smartphone manufacturers like OnePlus and Xiaomi are partnering with legacy camera makers, at least on the surface of it. However, the reasons behind both of these partnerships go much beyond cashing in on legacy. We take a look at a few of the reasons why smartphone makers like OnePlus and Xiaomi are partnering up with legacy camera makers like Hasselblad and Leica. Portraying expertise
A smartphone maker’s association with a reputable legacy camera manufacturer gives people the impression that the product developed because of the partnership will be as good as the products by the legacy camera maker. This is what OnePlus and Xiaomi have tried to rely on. OnePlus has had issues with its cameras from the very beginning. However, by partnering with Hasselblad, they have been able to market themselves as experts in the field, even though in reality, their cameras still struggle in going toe to toe against most cameras found in other flagship devices. The partnership between OnePlus and Hasselblad also requires Hasselblad’s ambassadors, who are some of the best photographers on Earth, to work closely with the smartphone makers, suggesting how they can improve their imaging science.

Borrowing the colour science
None of the OnePlus phones that come with the Hasselblad logo has any physical components that have been developed by Hasselblad. Instead, what they do have is the colour science that goes into making a modern Hasselblad. In a very rudimentary manner, one can think of it as a filter, although, that wouldn’t be entirely fair to neither OnePlus nor Hasselblad. Smartphone cameras have a tendency to oversaturate colours and sometimes blow up the dynamic to smithereens. What Hasselblad is doing for OnePlus, is basically teaching them how not to do that. One can assume that Leica will be doing the same for Xiaomi. Lessons in image processing
Smartphone cameras, especially the ones from Chinese brands like Xiaomi and OnePlus have always had the tendency to overprocess and oversharpen images. Now, in well-lit conditions, these are hard to detect, as the images tend to be just right. However, this becomes a major problem when lighting conditions aren’t ideal. Legacy camera brands like Hasselblad and Leica are also responsible for basically teaching these smartphone makers how to reel this in.

Future hardware collaborations
Another aspect that these partnerships can lead to, is possible hardware collaborations. If something like this actually happens, smartphone photography will see a tectonic paradigm shift. Having said that, let’s be real here, no matter how good a smartphone camera gets, it will never be able to completely replace professional full frame DSLRs and mirrorless cameras. Sure, they will get the job done for most people and their social media usage, but they will not cut the mustard for professionals. And let’s not even get started on smartphones coming anywhere close to medium format or 120 format. This is still eons away. The money for legacy brands
Finally, we come to the benefits that Hasselblad and Leica will get out of these partnerships. OnePlus is paying Hasselblad over $150 Million over three years and in all likelihood, their partnership will go beyond that. Similarly, Xiaomi must also be paying Leica a ton of money. For camera manufacturers who sell less than 10,000 units a year, the money that comes from these partnerships will go a long way.

Moreover, legacy cameras like Hasselblad and Leica are very well known in Asian markets. However, their visibility is almost zero, especially among people who aren’t into photography. A partnership with some of the highest selling smartphone brands will surely come in handy when these legacy camera makers get into a massier camera market, with their budget offerings when they take on the likes of Nikon, Canon and Sony. 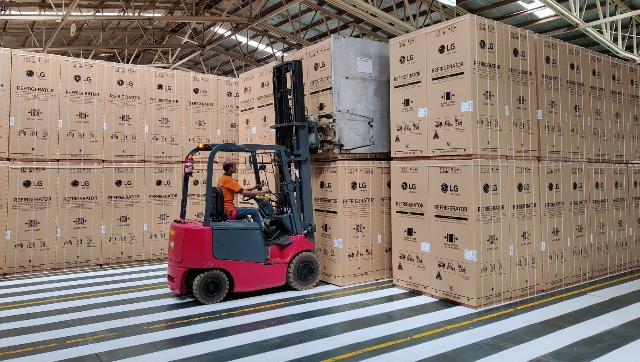