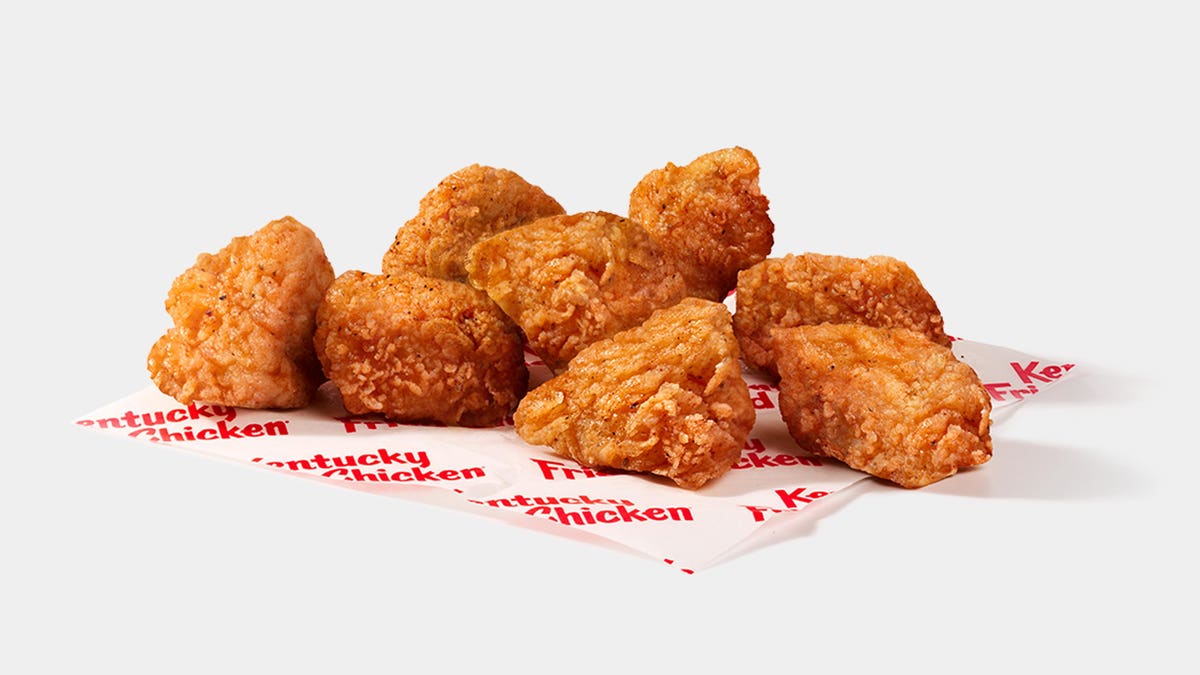 Now that every brand has a chicken sandwich on the menu, the next so-called menu category “war” just may be chicken nuggets.

Sure, the item has long been one of the top sellers at McDonald’s, Wendy’s and Chick-fil-A (among others), but now heavyweight chicken chains are vying for nugget market share as the demand for boneless chicken continues to rise, while the demand for chicken overall does the same.

The latest example is KFC, which announced this week it is testing new Kentucky Fried Chicken Nuggets. The company’s nuggets will be differentiated by their 100% white meat and the brand’s signature 11 herbs and spices breading.

“While nuggets often come in small packages, that doesn’t mean they should have small flavor. We wanted to introduce nuggets with the flavor and ingredients that live up to our legacy as the original fried chicken experts,” CMO Nick Chavez said in a statement.

The test comes on the heels of KFC’s successful chicken sandwich introduction that created some solid sales momentum and injected the brand into the critical competitive space that accelerated when Popeyes’ sandwich launched in late 2019.

It may seem surprising that chicken chains like Popeyes, KFC or Boston Market hadn’t previously sold nuggets, particularly as their competitors have had much success with the offering.

For Wendy’s, for instance, its spicy chicken nuggets captured plenty of marketing attention (and helped generate 2 million Twitter likes for the brand’s “most liked tweet of all time”) while also driving same-store sales after their initial launch. The spicy nuggets were a natural iteration of the chain’s traditional nuggets, which have been a menu staple for decades.

McDonald’s McNuggets have been around since 1980, according to Business Insider, and are the seventh top selling item on the chain’s menu.

Chick-fil-A, meanwhile, averages more than $8 million in sales per restaurant despite being closed on Sundays, and its Chick-fil-A nuggets are a major driver of that staggering number. They’re also popular across regions.

Why wouldn’t KFC want to tap into this potential?

Nuggets have never been a sexy, center-of-the-plate entrée, but they absolutely have the power to drive traffic, especially busy consumers with kids–a demographic increasingly defined by millennials. KFC has previously made it known it is trying to “age down the brand” and offering a chicken nugget veto vote is one way to do so.

Notably, however, just because this is its first-ever “nugget,” as traditionally defined by quick-service connoisseurs, that doesn’t mean KFC has never tapped into the boneless chicken category at all. In fact, last year the chain paused ads promoting its boneless chicken products, like tenders, due to supply chain shortages, while popcorn chicken has long been a popular staple on the brand’s menu. It was also the first company to launch Beyond Fried Chicken, which is sold in nugget form.

In its press release, KFC notes its nuggets can be enjoyed as a snack, meal on-the-go or appetizer. They are available with a sauce, including KFC sauce, honey BBQ, classic ranch or honey mustard, and come in serving sizes of eight, 12 and 36 starting at $3.49.

The nuggets are available initially in Charlotte, North Carolina, and surrounding locations for a limited time only. It remains to be seen if the nuggets expand to more markets or whether they become as strong of a seller as KFC’s peers’ nuggets have. If they do prove popular enough to earn a permanent spot on the menu, it will intensify yet another interesting competition in the chicken space.

Your Vulnerability to a Cyberattack Could Land You in Court