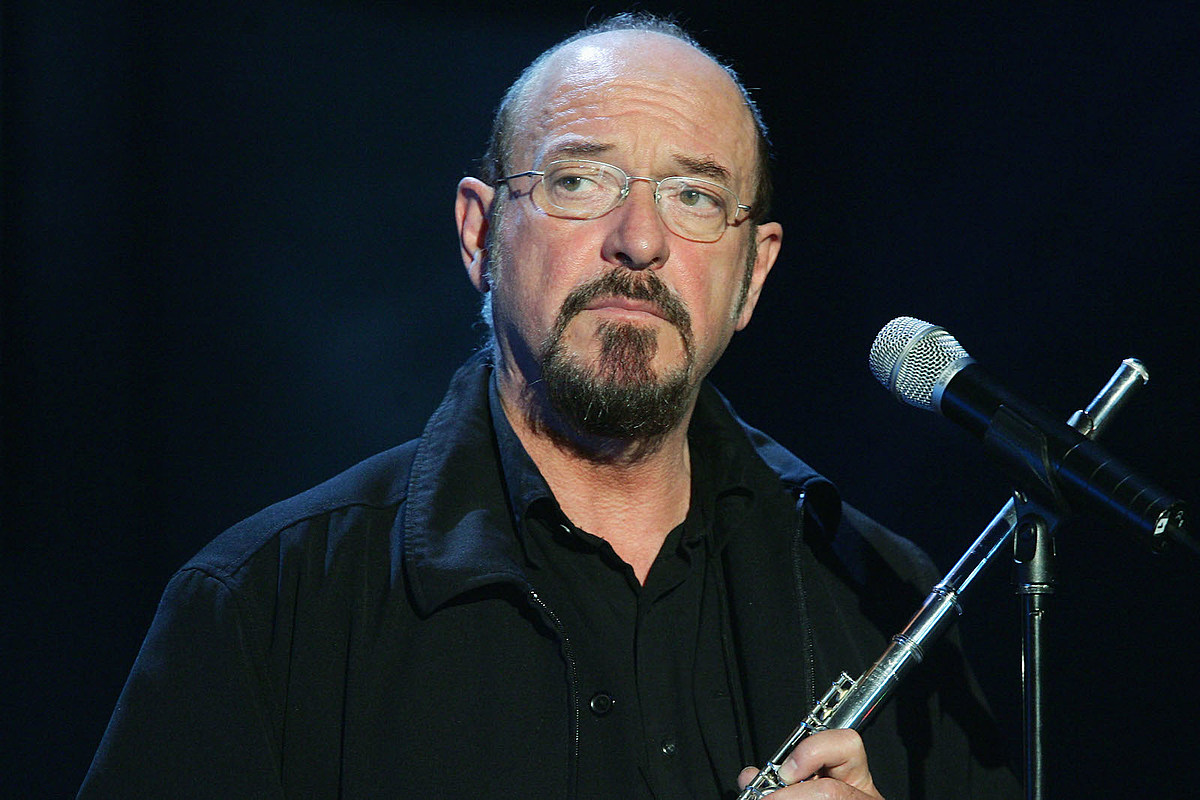 Ian Anderson describes himself — and the rest of his long-running, ever-shifting band, Jethro Tull — as “cold fish,” often more comfortable observing than participating.

“It always amuses me to be standing off at the side,” he tells UCR with a laugh. “People think I’m a party-pooper, and they are dead right.”

I wanted to ask you about the late John Glascock, Jethro Tull’s former bassist. Before he joined, John played in the flamenco-rock band Carmen, who opened for Tull on tour. Do you remember much about how that connection happened?
It was a recommendation by our U.S. agent – Frank Barsalona or Barbara Skydel, one of the two – who mentioned Carmen as a possible opening act in the days when we used to have opening acts. They described them as “flamenco rock” — being a bit more interesting than just another pop or rock band. I don’t remember if I heard any of their music, but I said, “Yeah, OK.” They came out and did a tour with Jethro Tull. It was a little esoteric sometimes for the Jethro Tull audience because it involved a bit of dancing and flamenco rhythms, which were perhaps not quite rocky enough for some of our audience. So I wouldn’t say it was the most successful pairing of bands from the audience’s perspective, but we all were very struck by their musicality and their commitment to [doing] something different from other bands. David Allen and his sister Angela Allen were the main focus of the band, and John Glascock – I guess we met him, and he seemed like a nice guy. [Jethro Tull bassist] Jeffrey Hammond-Hammond, at the end of that year, decided to finally go through with what he said he was going to do: “I’m going to do it for five years, and then I’m out.” We didn’t believe him; we thought he’d be here forever. He decided he really was gonna go, and we tried to persuade him to stay, but he was committed. He’d made enough money to stash and invest, and he thought he could survive on that, and he’s done so for the rest of his life. But John was the last guy, I suppose, we noticed as a bass player who seemed like he might be interested. We also had the definite feeling that Carmen were not going to continue as a band because they simply weren’t achieving any level of commercial success and were finding it very difficult to make a living as Carmen.

Listen to John Glascock Perform With Jethro Tull in 1978

Wow, I’d never heard that.
Gossip and tittle-tattle should be considered as such, but this is what he told me. I think of John in many different ways, with a mixture of awe and as an incredibly warm, passionate, loving, life-living human being. He wasn’t my kinda guy because he was a party guy, and I’m an insular, cold loner. I’m Clint Eastwood who plays a flute in a spaghetti western. I’m a guy who doesn’t like to particularly engage with other people, but that’s my deficiency. John was a very gregarious and fun-loving person. He just loved to be around other people and have a great time, which was, unfortunately, part of his demise — his inability to shake the social elements of his life, which were leading him rather astray. I for one did try to shake him up and frighten him to give up some of those forms of behavior following his major [heart] surgery and part recuperation because it wasn’t going very well. John just didn’t have that self-will. He just loved people too much. He just hated to be alone, whereas some of us really do love our own company. Many folks in the music industry go there because it is a 24-hour social event. They take the stage home with them via a few hours of clubbing back to the hotel room and get dragged down to the tour bus in the morning, sleep and wake up in time for soundcheck. I can think of nothing more horrific than living that kind of lifestyle. For me, it’s such a waste.

I wasn’t part of John’s clique or his social life, but [he was] a warm human being and a very good bass player – and a good singer. He never really told me he could sing until, sadly, it was a little too late to incorporate him into the albums he was on. John was an unschooled musician — like me, if you said “play E-flat there,” he’d have to sit and count the frets to work out where E-flat was. [Laughs.] He might not have been quite as bad as that, but both of us were untutored, natural musicians. He had a great ear for harmony and understanding how music worked. And he could learn to play stuff and would buckle down to learning things, and some of them were quite difficult bass lines. He was a great man and a great loss to his friends, his family and the music industry. I’m not sure he would have remained a part of Jethro Tull, because probably the culture of Jethro Tull is too removed from that party world and that idiosyncratic rock ‘n’ roll pastiche that we think we know from others. We are cold fish in Jethro Tull. We are northern European, impassive cold fish. We possess not an ounce of Mediterranean, Latin blood. We’re just not cut from that cloth at all – and I find it quite good fun being a cold fish. It always amuses me to be standing off at the side, and people think I’m a party pooper, and they are dead right. [Laughs.]